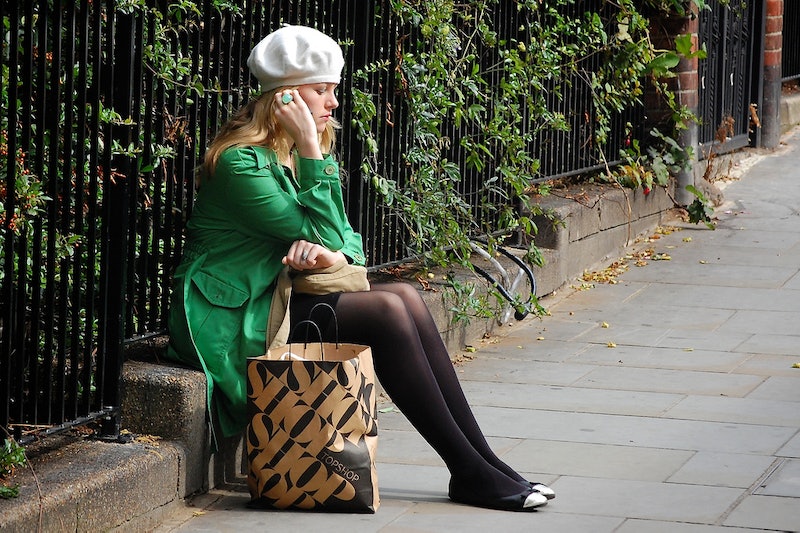 If you're feeling psyched about being single, think again. Turns out, you'd be doing more for the country's economy if you got hitched already. A new study by Gallup found that the U.S. economy would benefit from higher marriage rates. The study found that married Americans, across all age groups, spend more than those in any other marital status category. This suggests that if marriage rates increased, overall spending would increase, which would benefit the economy.

The study was based on interviews with over 130,000 Americans. Researchers found:

So love makes you want to spend big bucks. But, if the average wedding itself costs $27,000, sometimes marriage is a luxury that would make a spendthrift cringe — and the idea of committing to support a partner financially if need be might be even scarier for some. Perhaps domestic partnerships are the sweet spot for both our faltering economy and our empty wallets — those in such partnerships bolster the economy by spending almost as much as those that are officially wed, and do so without incurring the expenses of an actual wedding.

And if you single people are feeling lonely and economically unviable, you might want to think about helping the economy a little and spending those precious dollars on a feel-good shopping spree.