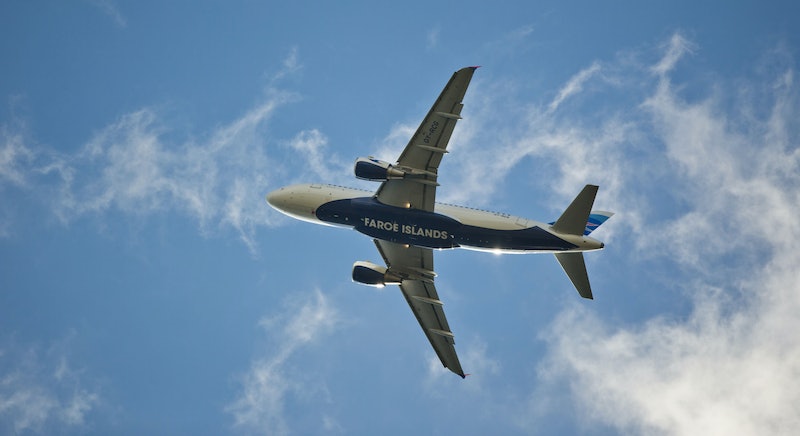 It's a landmark day for everybody who can't bear to turn off their cell phones, tablets, and laptops during flight take-off and landing: from now on, we won't have to power-down. After a barrage of criticism from gadget-lovers who pointed out there's no evidence electronic use impairs the plane's function at any point, the FAA has finally lifted their ban on devices being set to "on" during take-off and landing, e.g. under 10,000 feet. "We believe today's decision honors both our commitment to safety," said Transportation Secretary Anthony Foxx, "and consumers' increasing desire to use their electronic devices during all phases of flight." And by "increasing desire," he probably means "all that bizarre demand from everybody who really can't cope with half an hour offline."

Before the rule is rolled out on America's flights, airlines have to submit evidence that their aircrafts won't be at risk from electronic use. This is expected to be a quick, smooth process, and analysts predict that flyers will be able to use their devices to their hearts' content by the end of the year.

Wi-Fi will remain banned under 10,000 feet, for fear that it'll affect the plane's navigational systems — the gadget-lovers are probably gearing up for their next battle — and voice calls will still be banned for the duration of the flight. Not because they pose a risk. Just because they're annoying.

The FAA has been criticized for years for adhering to the 'myth" that electromagnetic rays can interfere with the working of a plane. It's true that while no one is completely sure what rays actually do to planes, there's nil evidence that it throws them off course, or puts anyone's life in danger. (Unless someone turns up their Angry Birds game really loud.)

On Sept. 30, a review committee that represented airlines, aircraft manufacturers, electronic retailers, pilots, and flight attendants submitted a report that recommended the FAA relax the long-term rule. Those who protested the rule pointed out that it was introduced when planes were far less sturdy and more susceptible to navigational failings — but planes built today go through so many safety checks that the electronics ban has become completely void.

The ban could still be reintroduced on a flight-to-flight basis, the FAA noted. For example, if a plane is flying with low visibility, passengers could be instructed to turn off their electronics as an additional precaution.

Declared the chairman of the Senate's Consumer Protection committee Thursday: "This is great news for the traveling public — and frankly, a win for common sense."

Um. Common sense? Is that what they're calling our addiction now?