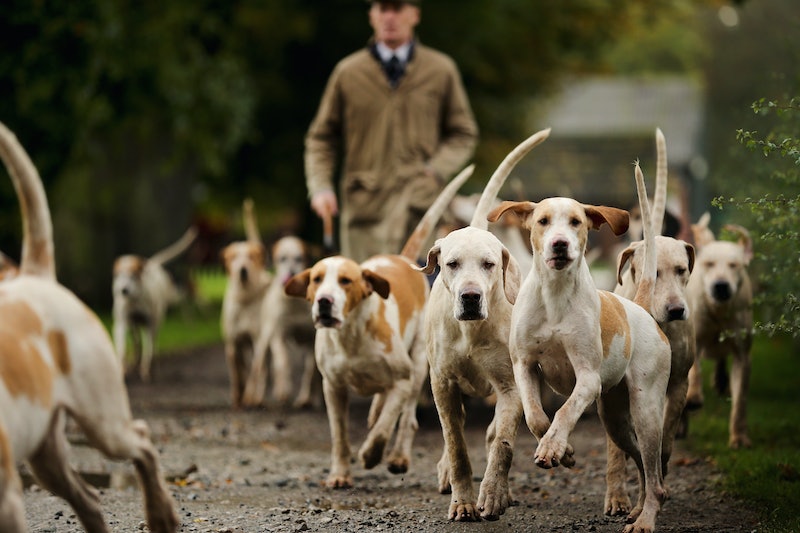 You always knew your dog has a lot of feelings, and brand-new research proves it: canine tail-wagging can indicate a range of emotions that go way beyond just “happy,” suggest Italian researchers. A tail-wagging research group (yup, we didn't know that was a thing, either) published their finding in Current Biology Thursday. Here's a preview: The key to a dog’s mental state lies in whether the dog is wagging its tail to the left or to the right side, and that's something that other dogs pick up.

The researchers built upon two previous studies, first in 2007 and later in 2011, that examined tail-wagging behaviors when the dog was confronted by different characters: their owner; a dominant canine stranger; and a cat. (This is a Pixar movie waiting to happen.) When the dogs saw something or someone they liked, the tail moved to the right first. When they came up against something they didn't like so much, the tail veered to the left.

In the new research, the scientists discovered that other dogs pick up on a dog's tail-wagging and note which direction it starts moving in, which then in turn informs their own behaviors about how they'll interact with the dog. "It’s just fascinating that dogs pick up on it," said Co-Director of Duke University’s Canine Cognition Center (yes, also a thing) Evan MacLean.

The dogs' recognition of wagging-direction also implies that dogs' brains are divided into hemispheres, much like humans'. Wagging to the right, for example, promotes activity the left side of the brain, which is involved with "positive responses and social approachability." Conversely, wagging to the left activates the right side, which deals with anxiety and the flight response from danger.

"It seems that one interpretation of these findings is that dogs might use tail-wagging direction as an indicator of the state of the other animal ... and somehow match that state or use it as a signal of impending danger in the environment," wrote the study's authors.

Anyway, we can all go home and stare at our dogs now.