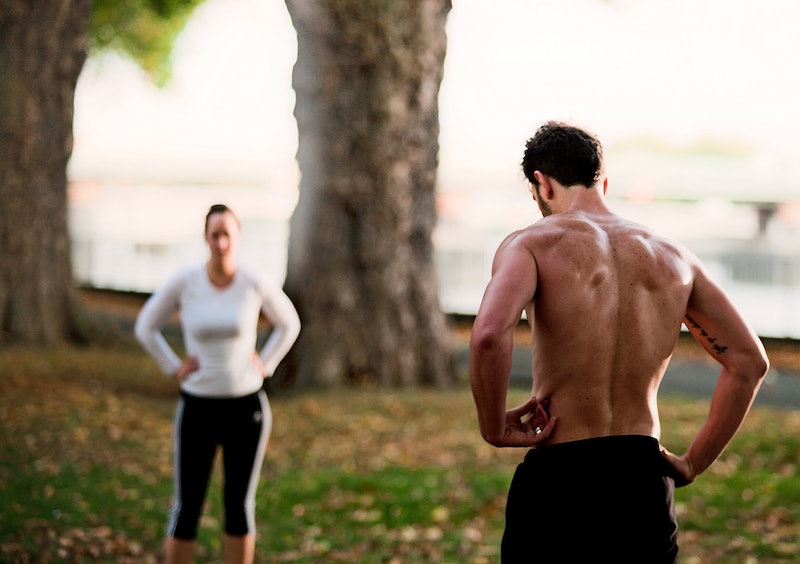 So your partner just lost 30 pounds, and he looks great. But instead of his newfound sexiness stoking the flames of your relationship, you're pissed that he looks better than you in jeans and are turning to the Nutella for comfort. According to a new study, this scenario might not be as far-fetched as it sounds. Researchers from North Carolina State University and the University of Texas at Austin found that weight loss is not always beneficial for a relationship. While couples who take on healthy habits together can experience a heightened sense of togetherness, when a partner gets fit on their own it risks making their other half feel less than stellar.

The study surveyed 21 U.S. couples. In each couple, one partner had lost 30 or more pounds in less than two years. Some had lost weight with a fitness regimen; others had undergone medical procedures. The 42 respondents were surveyed on the impact of the weight loss on their relationship.

“People need to be aware that weight loss can change a relationship for better or worse, and that communication plays an important role in maintaining a healthy relationship,” said Dr. Lynsey Romo, a lead author of the study.

For most couples, their relationship changed for the better with weight loss. Communication improved as both partners encouraged each other to adopt a healthy lifestyle, bringing them closer together. But for some couples, there was actually a lack of communication. Some people who had shed pounds nagged their partners to follow suit. Those who hadn't lost weight sometimes reported feeling insecure or threatened by their partner's new figure. Some even reported sabotaging their partner with unhealthy food (hello, Mean Girls).

Bottom line, losing 30 pounds is a big deal. Like any major lifestyle change, those who want to get fit need to consider whether their partner is on board before jumping in. If you're still hesitating, consider this: exercise actually helps increase libido. Now that's something that will bring you closer.