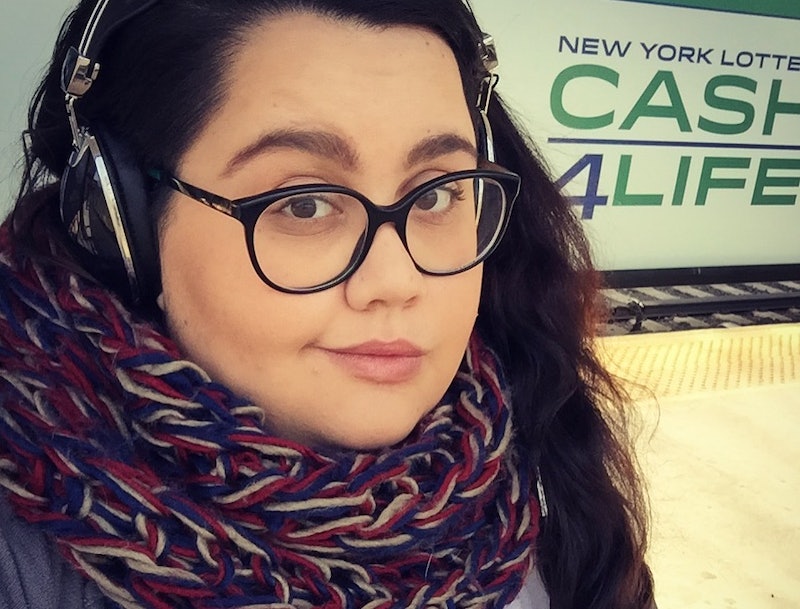 I spent my entire childhood surrounded by wealthy white kids. And when you go to school with all white kids, and are taught by mostly white teachers, it’s easy to begin to think you yourself are white. I know I certainly did.

With skin just light enough that I could pass for Italian or Greek, and a Hebrew first name that was shortened to the fashionable and quintessentially white “Suzie,” everyone else thought I was white too. For years, I marked off “Caucasian” on my standardized tests — many of which I scored into the 99th percentile for.

I thought nothing of the fact that my mother and abuela spoke Spanish at home, or that my father came to this country off a boat from Syria in the '70s, or that my maternal grandparents had fled to the U.S. from Cuba to escape from communism in the '60s. As far as I knew, those facts didn’t make me any different from anyone else, and there was no point in acknowledging my ethnicity. I didn’t know it then, but I was living in a quasi-post-racial paradise — a world where race was completely inconsequential to me.

That was, until 9/11 happened. It happened right outside of my community, in the city where my and my classmates’ parents went to work each day. Some of their parents died. In a matter of days, hours even, the United States had gained a new enemy. Muslim and Arabic people were attacked in the streets. And suddenly, my dad was the one getting the weird looks in the afternoon pick-up lane.

I was, very suddenly — very abruptly — no longer white.

My classmates, armed with words from their parents and the news like “Arab,” “sand n******,” and “terrorist,” couldn’t wait to try their new vocabulary on me. Whether they figured my race out independently, or their parents told them, I’ll never know.

In the months and years following 9/11, there wasn’t a day that went by where someone, be it child or adult, did not remind me that I looked just like the enemy. I was, very suddenly — very abruptly — no longer white. I was no longer just like everyone else.

My skin began to feel like a festering wound on my body. I started having a reoccurring dream that it was falling off, cracking into nasty scales and making me look like some kind of alien lizard freak.

When I reached out to my friends (my mostly if not entirely white friends) they could offer me little support. They were tolerant, but nonetheless children; too ignorant to provide me any real solace. I started missing school. A day without being told to kill myself in the hallway between classes, or being asked if my dad wears a turban and owns a gun, was worth the consequences. My grades began falling. I was too busy bracing myself for the next insult or offhand racist comment.

Eventually, I moved on to high school, one that was thankfully at least a little more diverse. The occasions in which I was one of the only brown kids in the room grew scarcer and scarcer. My diversity was respected, even treasured by the faculty. Sometimes, I even started to forget my race again. But then, I’d find myself holding my breath when my dad attended school events or picked me up after theater practice, waiting for the day I’d be revealed for the non-white impostor I was.

That day never came. Eventually, I went to college, where I was celebrated — and even given scholarships — because of my unique cultural identity. There aren’t a lot of Latina Arabs walking around, I guess.

There, I met other brown kids, and we spoke extensively about our different experiences of being brown and black in different parts of the country and the world. We talked about the problems racism presented in our society, and how to do something about them. Listening to these other people, many of whom looked like me, gave me the courage to put away my white mask for good. The ease of privilege was no longer worth compromising my identity for. There was too much important work to be done.

I was brown, and I was beautiful. My skin was no longer a disease. And with my heritage and history proudly tucked in my front pocket, I tried to thrust myself into a new life, a new life of being a conscious and confrontational minority. But my identity was about to be challenged again, this time from the other side.

“You’re basically white. You don’t act Spanish, you know what I mean?”

On some holiday, the kind where family feels contractually-obligated to be together, I accompanied my step-uncle to a nearby bodega in the Bronx to pick up ice for the party we were having. (My step-uncle is close to my age and was raised alongside me like my brother, thanks to my abuelo’s complicated history of philandering.)

I started talking to my step-uncle about being Cuban, about what it meant to me, and how I had really embraced it as part of my identity.

“You’re not really Cuban,” he interrupted me. “You don’t live our life. You grew up white. You’re white.”

I was familiar with the insult. My own best friend, in her own well-intentioned way, had echoed that same statement a number of times throughout our friendship.

My own people had rejected me, again. But this time, it was my flesh and blood. I wasn’t white. I wasn’t Latina. I was Arab only in relation to my dad, with no concrete observance of the culture to speak of. I was nobody. I belonged nowhere.

I wish I could say that I've found a way to resolve this feeling, to accept myself and my cultural identity. But I still often feel like I am nobody. I still belong nowhere. All I know is what I am not. I’m not white. I’m not brown. I’m not here, or there.