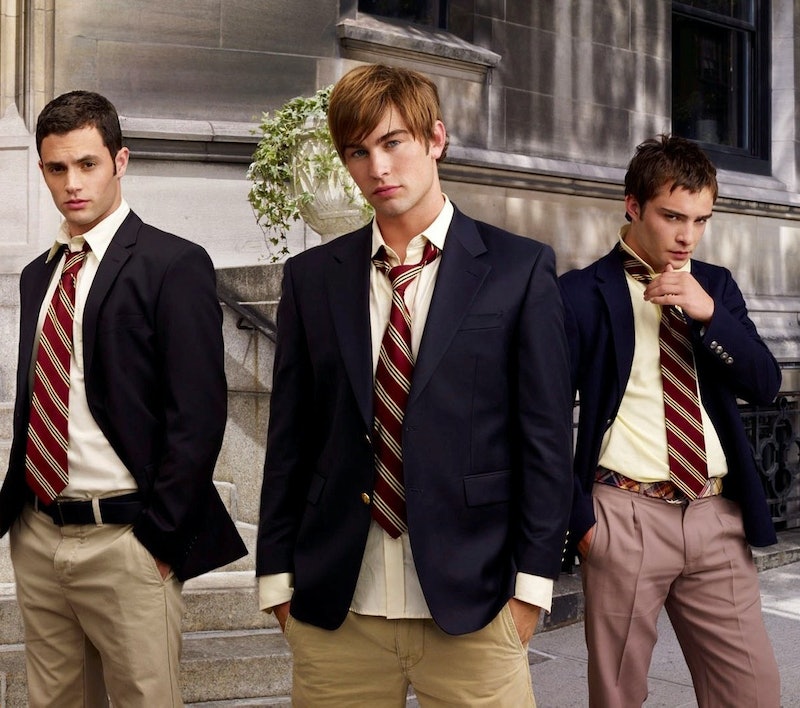 During Gossip Girl’s six-year reign as one of televisions most-watched dramas, teens and twenty-somethings were tortured trying to figure out the mystery behind the gossip blog when the answer was written right into the first episode all along. If you have been living under a rock and don’t know Gossip Girl’s real identity — well first I highly suggest you take immediately to your Netflix — but more importantly stop reading this. We know Georgina Sparks was the almighty Gossip Girl once, and even Serena van der Woodsen was for a time, but fans agonized for years over which of New York’s finest was the real brains behind the blog. If you re-watch the premiere of GG, you’ll realize that all signs pointed to Dan Humphrey from the start.

If you’re like me and have shamelessly re-watched the series in its entirety multiple times, you’ve probably stopped caring about Gossip Girl’s identity and now focus solely on living vicariously through Blair and Chuck’s relationship. (And for the sake of that love affair, often find yourself re-watching from somewhere around Season 3.) So for the first time in a while, I revisited the pilot and quickly recognized how it was. I believe in coincidences as much as the next person, but I can’t possibly ignore these not-so-subtle Easter egg-hints Gossip Girl left us in the very first hour of the epic six-season drama.

Gossip Girl’s Reign Only Began When Serena Came Back

If the gossip has caused as much drama in the Upper East Side prior to Serena’s return as it did during the time span of the six seasons, the story would have started without her. Gossip Girl wasn’t nearly as ambitious in her postings until Serena and Blair’s power struggle junior year — the same time Serena brought Dan into the limelight. It wasn’t until Dan fell deeper in love with her and was up close and personal with the drama that Gossip Girl truly developed a presence in the characters’ lives.

The Humphrey kids were being picked up from their trip to Mom’s at the same moment Serena was spotted at the train station after her yearlong hiatus. Gossip Girl’s first mention of Lonely Boy occurred the same day Dan saw her there first hand.

Jenny tipped Dan off about Serena’s whereabouts and voila, he runs into a distraught Serena at the Plaza running from a fairly pissed off Chuck. Dan immediately knew something was up when he saw she had been drinking, and Gossip Girl suspiciously wrote all about it.

Jenny Humphrey Wasn’t A Target Until She Wanted To Be

When Chuck spots a freshman Little J at Blair’s Kiss on the Lips party, he asks the minions if there’s anything about her on Gossip Girl and they immediately respond with her innocence. Somewhere along the line Jenny learns her brother’s secret and recruits him to help her advance on the social ladder by writing about her shenanigans. If Gossip Girl were anyone else besides Dan, she would have been on there way sooner.

Who else would have posted about a washed-up rocker from Brooklyn if not his own kid? Especially once they all agree GG had to be a Constance student, most likely in their own grade. Of course, it could have been Jenny because we all know that was a theory — but Dan’s the writer, and Jenny blatantly announces in the premiere that she caught him perusing the site.

More like this
This 'Gossip Girl' Wardrobe Error Has Gone Viral On TikTok
By Alyssa Lapid
Ashton Kutcher Wants Danny Masterson “To Be Found Innocent” In Rape Retrial
By Jake Viswanath
All The ’70s Easter Eggs You Missed In 'That ’90s Show'
By Grace Wehniainen
'Abbott Elementary' Fans Probably Missed This 'Parent Trap' Easter Egg
By Sam Ramsden
Get Even More From Bustle — Sign Up For The Newsletter
From hair trends to relationship advice, our daily newsletter has everything you need to sound like a person who’s on TikTok, even if you aren’t.