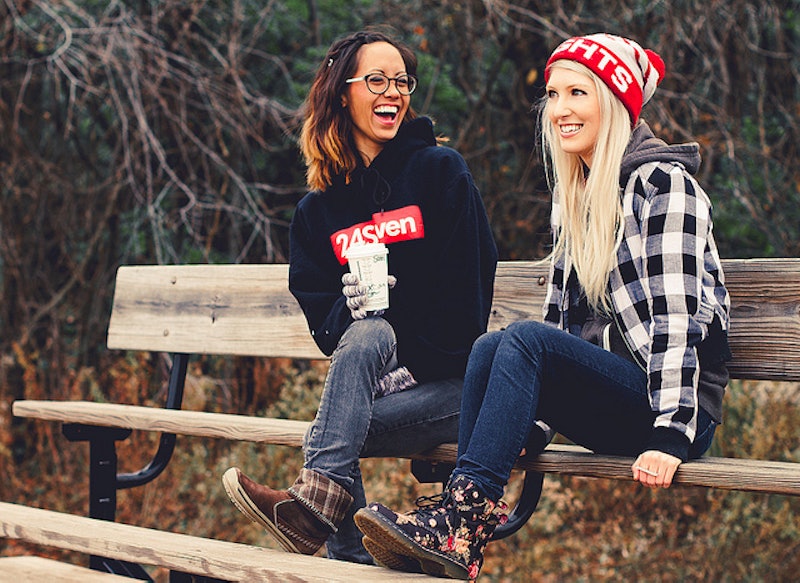 How comedians feel is largely influenced by how their comedy is going. If they are performing stand-up and their set goes well, then the comic is happy and upbeat, but if there are crickets (comic speak for a non-laughing audience) when their favorite it-usually-kills joke bombs, they may need to lose themselves in a drink or twelve, or have some great sex. Comedians master the skill of reading people so that they get better and better at giving an audience what it is they want. All professional funny-people work toward achieving a higher percentage of laughs in their act rather than comic-fails. Comedians want to be able to deliver at all times.

When asked about how to handle a heckler, a comedian once told me that you need to listen to what the douchebag (his words not mine,) was really saying. Some idiot could be screaming, “You suck,” but what he might really mean is “It's way too hot in here, can you please turn up the A/C?” Part of a comedian’s job is to be intuitive to the needs of others.

Comedians can do stand-up comedy, improv, sketch, and storytelling, but what happens when they're doing the dirty?

One of the main rules of improv is that when you’re improvising a scene, the better you make your partner look, the better the scene is going to be, and as a direct result, the better you are going to look. If both partners are concerned with how the other person is feeling, and not being selfish about their own needs, then both parties are going to have a good time.

There are some people who are naturally funny and some who have to really work on their funniness. When you’re connecting with someone on a physical level, jokes may take you out of sexy time and put you in the middle of awkward and annoying time. There’s no law that say anybody has to be on 24/7. A comedian knows when some humor will break the ice--not the mood.

3. Laughing and sex work great together.

Laughter helps create more neuropathways in your body, which makes it easier for you to feel various sensations and pleasures — in other words, laughing can loosen you up and help you to get there faster.

If you have a laugh attack and an orgasm at the same time — that's a laughing orgasm. Some people can be seconds away and then laugh right into the orgasm and some people have the involuntary reaction of laughing after. As long as your partner knows that you aren't laughing at them, you're good, well more than good, you're amazing.

Comedians are used to being up early to put their name on the list for the open mic and then still be awake with a ton of energy when it's time to do their set at 3 a.m. Comedians have energy to burn.

6. Comedians want to please you.

You are their audience, even if it's just for one night and they're going to do whatever you want, and whatever it takes for you to reach the peak on O Mountain.

Funny people are super intelligent, because in order to make fun of something, you need to understand it first. Comedians usually know what's happening in the world, and have strong opinions about it. They'll use their smarts to make sure you're never bored and perhaps teach you some new things you never even knew about.

Another rule of improv comedy is not to deny someone you are in a scene with. If they call you the Queen of Sweden then you're the Queen of Sweden. No comedian is going to refuse you, no matter what it is you want to do.They're open for almost anything pleasurable and that includes role playing, trying new positions, and creating new fantasies.

9. Being good verbally has its advantages.

Whether it's telling jokes, using his words to titilate you, or just moaning with pleasure, a comedian is verbally gifted.

Comedians know how with a basic joke you need a set-up and a punchline and then you can play with the form in many different variations. When you're having sex with a comedian they know just the right time to do that thing that makes you scream, or when you just want to be held.

All comics like to be in the center of attention—they crave an audience and are experts at giving people want they want. Comedian will do almost anything for the high of the approval of an audience, and that can be an audience of one.