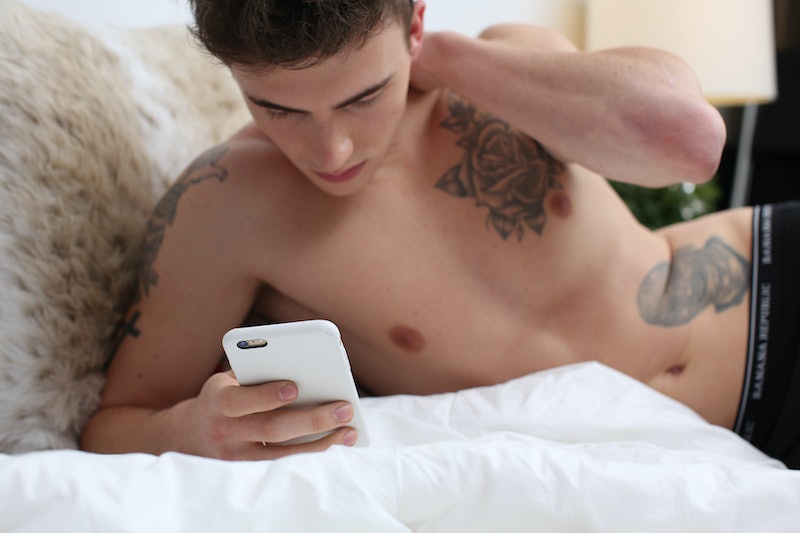 How many times have you jokingly said, “Men: who needs them?” while being absolutely kind of serious? It turns out that biologists have been very seriously asking the same question for years. YEARS. And just recently a group of scientists from the University of East Anglia have finally explained why we need men to exist, at least until we develop better technology.

Who would have thought that we were on to something every time we said, "Men: can't live with them, can't live without them"? Although I've found myself stopping after the first part of the statement in more frustrated moments, it turns out I kind of had a point. When it comes down to reproduction, all men have to offer is sperm, resulting in a reproductive system that’s not very effective. As Professor Matt Gage, the lead scientist on the study, explained in a press release:

Almost all multicellular species on earth reproduce using sex, but its existence isn’t easy to explain because sex carries big burdens, the most obvious of which is that only half of your offspring — daughters — will actually produce offspring. Why should any species waste all that effort on sons?

Sexual reproduction is wasteful? What a concept. But that's the case when more effective reproduction, such as the kind in all-female asexual populations, exists. Because of this, scientists wanted to know why evolutionary selection, a ruthlessly efficient system, hasn’t just weeded out males. Thanks to the study, recently published in Nature , we finally have an answer: sexual selection.

Sexual selection is the process where males compete with other males to be chosen for reproduction by females. So basically dating. It's encouraged by having two different sexes around and helps improve the overall health of the general population.

"Sexual selection achieves this by acting as a filter to remove harmful genetic mutations, helping populations to flourish and avoid extinction in the long-term," Gage said in a release.

"In the absence of sex, populations accumulate deleterious mutations through a ratcheting effect where each new mutation takes a population closer to extinction," Gage said. "Sexual selection helps to remove those mutations, enabling populations to persist against the threat of extinction."

So we need males around so we don't eventually go extinct? Okay, fine. But I'm only willing to amend my previous statement to “Men: You probably could live without them for maybe a few generations."

More like this
How Ovulation Affects Your Sense Of Smell, Libido, & More
By JR Thorpe and Lexi Inks
12 Aphrodisiac Desserts To Spice Up Your Valentine’s Day
By Kaitlyn Wylde
An Expert Weighs In On The Viral Raw Carrot Salad Trend
By Alexis Morillo
25 Inspiring Quotes From Black Women To Celebrate Black History Month
By Kyli Rodriguez-Cayro and JR Thorpe
Get Even More From Bustle — Sign Up For The Newsletter
From hair trends to relationship advice, our daily newsletter has everything you need to sound like a person who’s on TikTok, even if you aren’t.