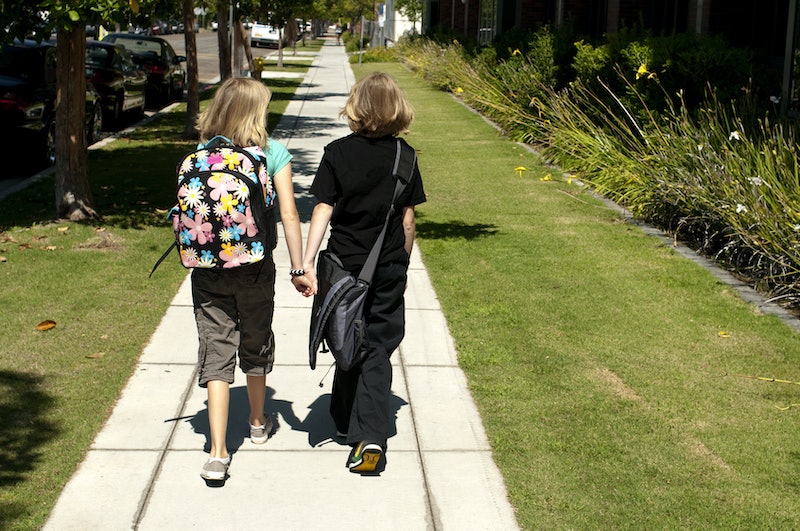 Eighth grader Skyler Davis has apparently been wearing the purse to school since August, and though there appears to be no such rule on the books, the school is now claiming that all students are prohibited from bringing bags and purses to core classes.

The whole thing is a little bit of a mess, with the school changing its story and the family alleging bullying on the part of teachers and administrators, but underlying all of it is the question that no one seems willing to say outright even though you know everyone is thinking it: is this because he’s a boy wearing a purse?

And since what I remember of middle school suggests that trying to keep order must be like herding cats, meaning teachers and administrators have to be somewhat selective about which rules get enforced and when, did they choose to go after Skyler because it just looks odd to see a boy wearing a purse?

Honestly, I’m impressed as hell with this kid. Middle school is rough for those who don’t conform to whatever strange conception of cool and not cool pre-teens have come up with lately. A boy who wears Vera Bradley sounds awesome to me, and it’s unfortunate that there is now a huge spotlight shining on what should be a harmless decision. Fortunately, his family seems to be behind him one hundred percent, and Vera Bradley is even offering him free merchandise.

New York Magazine had a funnier take on it, choosing to be offended by the kid's choice of handbag brand rather than his decision to carry one at all. Allison P Davis wrote:

At first, I thought, This is horrible, this is flagrant discrimination — but oy vey, does the bag in question have to be Vera Bradley? But then, you know, he's probably the only person in the world to pull off a VB cross-body and still look pretty good ... Listen, kid, not everyone else can wear a Vera Bradley. Only you, you special unicorn.

Even the big outpouring of support doesn't change the fact that this has to be hard for any kid, even one with a great support system. In an ideal world, a boy who wants to wear a purse should be as unremarkable as a girl who wants to have a short haircut. Unfortunately, we don't live in that world, and Skyler and his classmates are getting that message loud and clear right about now. Everyone is tiptoeing around it, but regardless of why Skyler was suspended, this case is about gender conformity, and it is sending entirely the wrong message to middle school students.