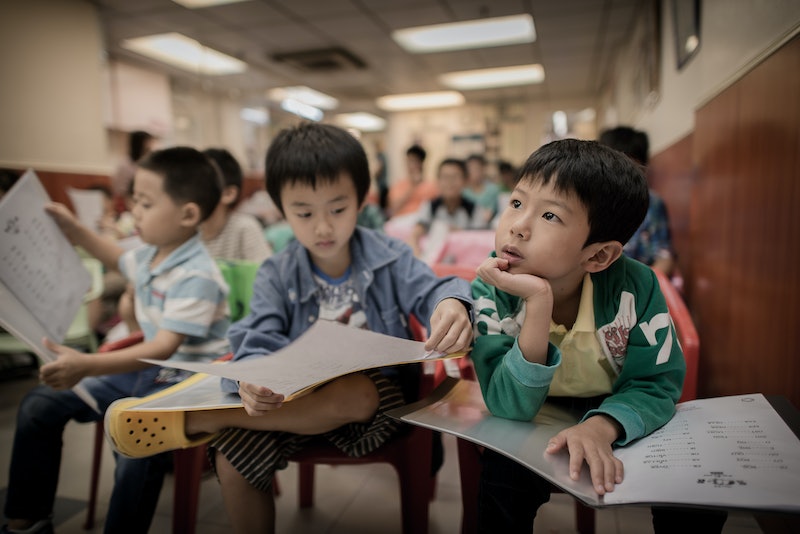 A few weeks ago, I was on the phone with my younger sister when she mispronounced a word. I corrected her, but soon changed my mind about doing so and said “I have no respect for the English language.” It was an opinion that had been quietly forming over the past few years, but that I hadn’t fully acknowledged until that moment, and as soon as I said it, I knew I meant it.

I was born in Nigeria where, unknown to many, English is the official language. For the few years I spent in school there, I learned to read and write in English before I ever got a chance to learn to read and write in my native language, Yoruba. However, the English I learned in Nigeria was influenced by the country’s accents, so when I moved to the US and began attending school, I was immediately placed in English Second Language (ESL) classes. On my own, I understood English enough to follow along in school, but my accent was heavy and if somebody spoke too quickly, this is how they would sound to me.

Even though I had to take ESL for a few years in elementary school, I always considered myself a native English speaker since I grew up around some form of it all my life. I’ve always felt like I had the native speaker advantage of just knowing what sounds right. But really it’s a mix — I approach English both as someone who grew up with it and as somebody still learning it. The more I try to make sense of the language, the less sense it makes, because when you look at it, English can be a very illogical language. While I don’t respect its quirks that much anymore (because it doesn’t respect itself, ha), I commend anybody who is trying to learn to speak English. Here are just a few reasons why English is one of the hardest languages to learn.

3. English constantly ignores its own rules.

7. It looks like English stopped trying to make sense a long time ago.

Props to anyone endeavoring to understand and speak this tricky language fluently. It can be understood through thorough thought, though.

More like this
6 Organizations Fighting Police Brutality That You Can Support Right Now
By Syeda Khaula Saad and JR Thorpe
These Artists Are Reimagining Black History Month To Create A Better Future
By Katie Mitchell
25 Inspiring Quotes From Black Women To Celebrate Black History Month
By Kyli Rodriguez-Cayro and JR Thorpe
19 Instagram Captions For Celebrating Black History Month
By Ayana Lage
Get Even More From Bustle — Sign Up For The Newsletter
From hair trends to relationship advice, our daily newsletter has everything you need to sound like a person who’s on TikTok, even if you aren’t.