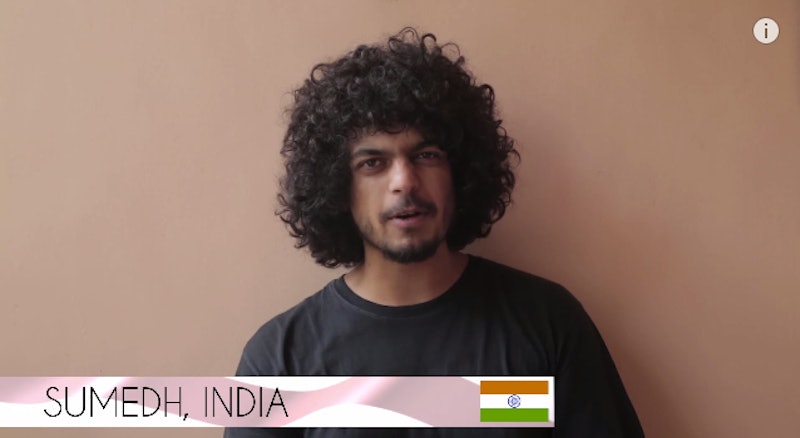 Who doesn’t like to try on another accent every now and then? But how many of us have heard other people from around the world attempting an American accent? Well, thankfully Buzzfeed filled that void in our lives by asking people from around to send in their attempts at American accents. Before I began the video, I automatically assumed that most of them would be attempts at Southern accents, but I live in Texas, so maybe I was a bit biased. But I was also right.

The most popular accents seemed to be the New York accent and the Southern accent. They also seemed to be the ones people were best at. But still, I wasn't prepared for just how good (and disturbingly hilarious) some of these accents were. Turns out it’s actually really weird to see someone else attempting your accent. Apologies to all the British people I’ve tried to impress with my “Bri’ish” accent. Never again, I promise. Until I perfect it on my own, anyway. And hey, maybe I’m not too far off as a Southerner trying to adopt a British accent.

It's interesting that just going off what people said, I could definitely tell which pop culture references and regional stereotypes they've picked up on along with their American accents. The American cowboy is an image I often saw associated with Americans, and I love that Laiana from Brazil incorporated the idea of Southern hospitality into her accent.

Hey there ma’am, y’all seemed a little bit lost and I thought that I could come and help out.

Santiago from Mexico tried a Minnesotan accent, but it sounded pretty Canadian to me. But he couldn’t have been too far off on either since he talked about hockey, right? I’ve never been to Canada or Minnesota, but I can only assume he’s right.

Nick from Australia had that stereotypical New York accent and attitude down.