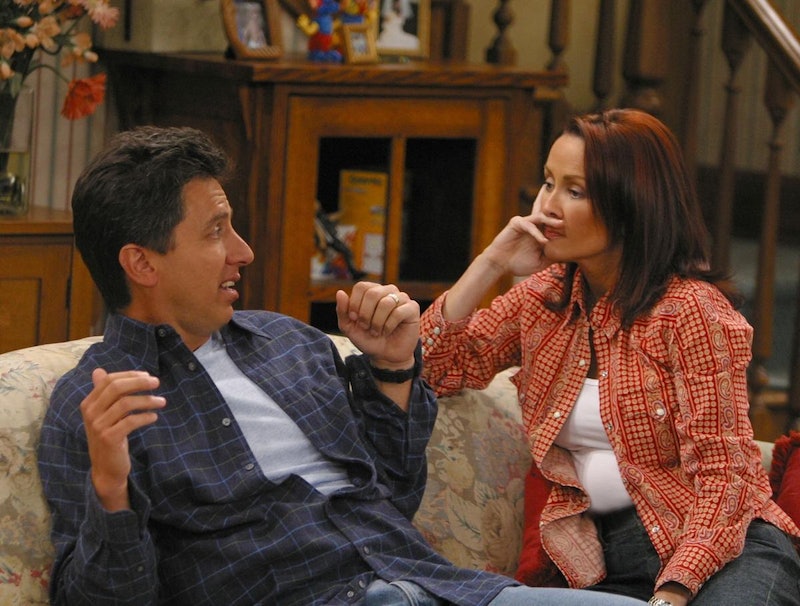 Sunday is officially the Day of the Dads, but who says we can’t celebrate Father's Day aaaaaaaall weekend? Nobody! We can and we will, so I want to make sure we get the party started right — with funny Father’s Day quotes that will have you ROFLing in honor of dear old dad.

To be honest, it's a sad year for funny quotes about Father's Day. If you look through the archives, you'll find that many a famous dad, especially those prone to a humorous pontification about fatherhood (I'm looking at you, Puddin' Man!), has been indicted by the court of public opinion, and had (or should have) their cutesy little sayings removed from general circulation.

But we're going to get through this dark time in American comedy, and though the list of eligible quoters has dwindled slightly, let’s just be thankful I’ve left these to the professionals. If you are anywhere near your father this weekend, even as close as a weak cell phone reception connecting thousands of miles between you, you’ll be quickly reminded of how much amateur dads love dad jokes (and Hawaiian shirts whyyyyy?)… and ain’t nobody want to be reminded of that!

So without further ado, I present 17 hilarious quotes about dads from some of our favorite fathers and sons. Happy Father’s Day, everyone!

1. “I want my son to wear a helmet 24 hours a day. If it was socially acceptable I’d be the first one to have my kid in a full helmet and like a cage across his face mask.” — Will Arnett

2. “Having children is like living in a frat house — nobody sleeps, everything’s broken, and there’s a lot of throwing up.” — Ray Romano

4. “Fatherhood is great because you can ruin someone from scratch.” — Jon Stewart

5. "You can tell what was the best year of your father’s life, because they seem to freeze that clothing style and ride it out." — Jerry Seinfeld

6. "When I was a boy of 14, my father was so ignorant, I could hardly stand to have the old man around. But when I got to be 21, I was astonished at how much the old man had learned in seven years." — Mark Twain

7. "Dad always thought laughter was the best medicine, which I guess is why several of us died of tuberculosis." — Jack Handey

10. “Raising kids may be a thankless job with ridiculous hours, but at least the pay sucks.” — Jim Gaffigan

11. “When you’re young, you think your dad is Superman. Then you grow up, and you realize he’s just a regular guy who wears a cape.” — Dave Attell

12. “A father carries pictures where his money used to be.” — Author Unknown

15. "I don't have a kid, but I think that I would be a good father, especially if my baby liked to go out drinking." — Eugene Mirman

16. “Men should always change diapers. It’s a very rewarding experience. It’s mentally cleansing. It’s like washing dishes, but imagine if the dishes were your kids, so you really love the dishes.” — Chris Martin

17. "When my kids were younger, I used to avoid them. I used to sit on the toilet until my legs fell asleep. You want to know why your father spends so long on the toilet? Because he's not sure he wants to be a father." — Louis C.K.

More like this
21 Galentine’s Day Memes To Celebrate Your Best Friends
By Meghan Bassett and Mia Mercado
23 Super Sweet Things To Write In A Valentine's Day Card
By Karen Belz and Lexi Inks
30 Sweet Valentine's Day Caption Ideas For Long-Distance Relationships
By Syeda Khaula Saad and Carolyn Steber
25 Galentine's Day Games To Play On Zoom With Your Long-Distance Besties
By Mia Mercado
Get Even More From Bustle — Sign Up For The Newsletter
From hair trends to relationship advice, our daily newsletter has everything you need to sound like a person who’s on TikTok, even if you aren’t.