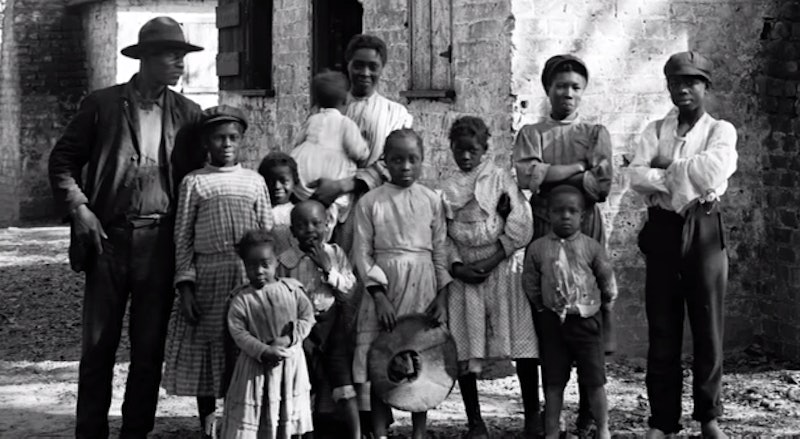 Considering the current state of racial tension and injustice in the US, this is some truly exciting news. Soon, millions of black Americans will be able to trace their family history through slavery, and hopefully further back to their families’ countries of origin, with the Freedmen’s Bureau Project. The project is digitizing hundreds of handwritten records from the Freedmen’s Bureau, which was created in 1865 to help some of the four million slaves who were freed after the Civil War. According to History.com the “Freedmen's Bureau provided food, housing and medical aid, established schools and offered legal assistance” to former slaves before it was shut down in 1872.

It’s the handwritten records that the Bureau kept that the Freedmen’s Bureau Project is digitizing and hoping to make fully available for free online by 2016. According to the Guardian, black Americans who tried to trace their family histories usually hit a roadblock around 1870, the year black people were first included in the US census. Before that, when black people were treated as property, their names weren’t often fully documented, and they were sometimes only noted as dash marks in records. Among the records to be digitized are full names and personal records, marriage information, military service, and even birth records. These records have been available to the public, but required scouring through hundreds of pages of documents in person in Washington. Not a very accessible or efficient process.

Now black families will be able to easily trace their deceased relatives through slavery, with the hope of tracing them back to their countries of origin — because, obviously, black American history does not begin with slavery. Now families might also find new living relatives. The severing of families was just one of the many tragedies of American slavery, and hopefully the Freedmen’s Bureau Project can help reconnect some of those lost ties. Hollis Gentry, a genealogy specialist at the Smithsonian, shares the same hope:

I predict we’ll see millions of living people find living relatives they never knew existed. That will be a tremendous blessing and a wonderful, healing experience.

The announcement was made this past Friday, on the 150th anniversary of Juneteenth, a holiday that commemorates that day the last Southern slaves were told they were free on June 19, 1865, two and a half years after the Emancipation Proclamation went into effect in January 1863. Juneteenth is often a celebration of the resilience of black Americans despite the oppression they’ve faced (and still continue to face), so the timing of the announcement is appropriate.

The free online database is a joint project crated by FamilySearch, the National Archives and Records Administration (NARA), the Smithsonian National Museum of African American History and Culture, the Afro-American Historical and Genealogical Society (AAHGS), and the California African American Museum. Even with these partnerships, in order for the database to be fully online, thousands of volunteers are needed to help with the indexing of the handwritten records so visit www.discoverfreedmen.org to sign up to help. While I do think there should maybe be some sort of screening process for this, I'm assuming there will be fact-checking for accuracy in volunteer work, so, all hands on deck.

The ready availability of such essential parts of American history is clearly a necessity in this day and age. As Sharon Leslie Morgan, founder of Our Black Ancestry Foundation, told USA Today. "In order for us to deal with contemporary issues that we have today – racism, black boys being shot down in the streets – you have to confront the past."