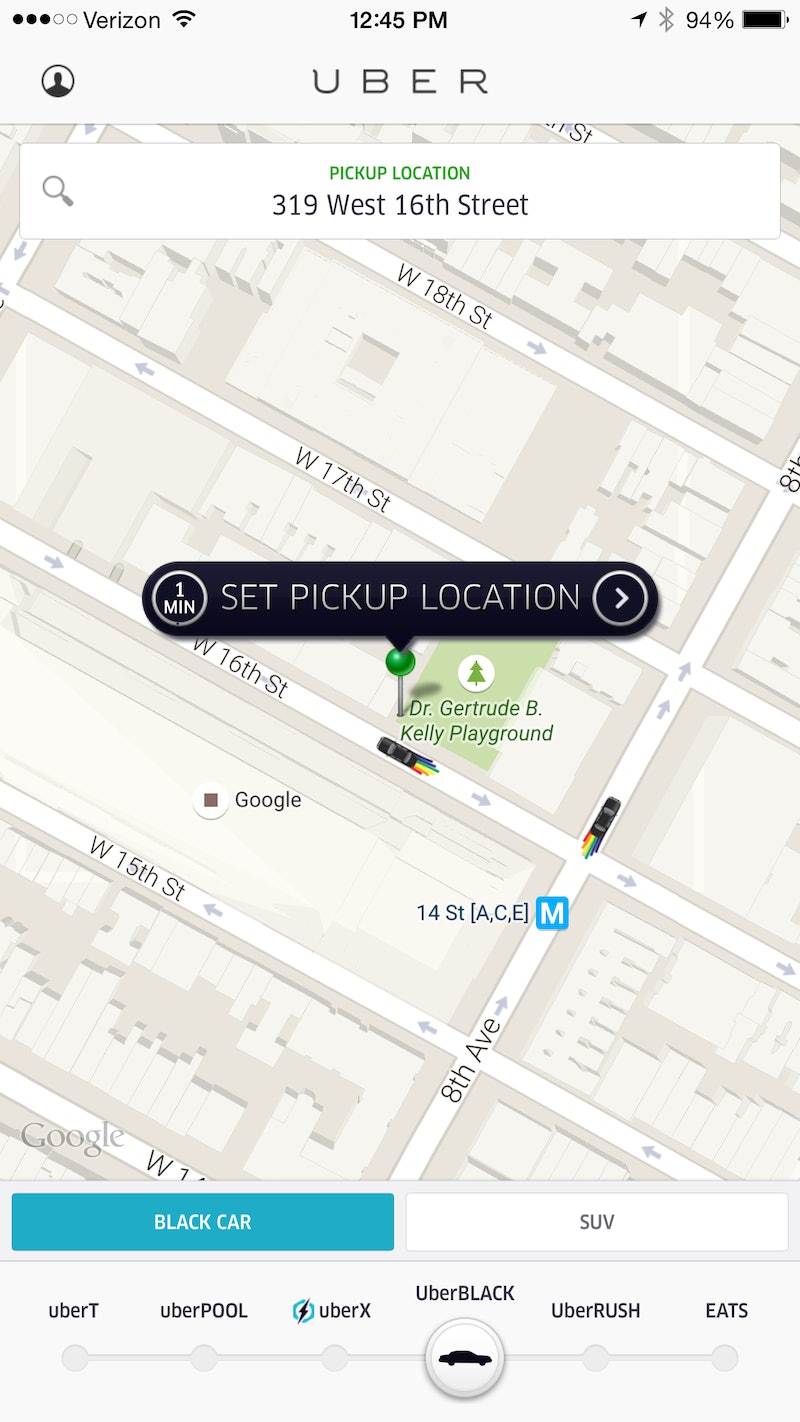 The White House did it. Airlines have done it. And now, even Uber has done it. Following the Supreme Court's ruling that made bans on same-sex marriage unconstitutional, Uber has paid tribute to the SCOTUS opinion. Open your app and see. (I'll give you a minute.) Your eyes aren't fooling you. What you see is available cars with rainbow-hued bumpers. That's right — not only will you be able to celebrate the Supreme Court ruling at your local bar tonight, but you'll be able to celebrate the Supreme court ruling coming back from your local bar tonight.

It's not the first time that Uber has used the rainbow technology. After Indiana Governor Mike Pence upheld a law that allowed businesses to refuse service to gay customers, the car request app uploaded the feature to all those in town for the NCAA Final Four. But now, those around the country can enjoy the spirited perk from Uber, giving them all the more incentive to log onto the service instead of hailing a cab in desperate times of need.

Here's what the cars, complete with rainbow flags (or exhaust, depending on how you see things) looks like for users:

It's a smart move for Uber, which has been dogged with bad PR in the past year. Not only was an Uber executive accused of proposing to publish personal details about journalists who write negative stories about the company, but the company has also struggled with customer complaints about surge pricing, and, at worst, sexual assault claims. (The exec claimed his words, overheard at an event, "do not reflect my actual views," and Uber is rolling out a "panic button" for some cities for riders' protections.) Uber even got dinged by press and customers alike back in December for raising prices in Sydney following its hostage crises. (Though Uber apologized, it claimed that the increased prices encourage "more drivers to the area where people are requesting rides.")

But it seems Uber is responding to national news in all the right ways this time around. So go on, celebrate the SCOTUS decision! And then hitch a ride responsibly, and spiritedly, home tonight.

One way to celebrate? With this rainbow-colored dream:

And check out more delicious recipes by subscribing to Bustle's YouTube page!