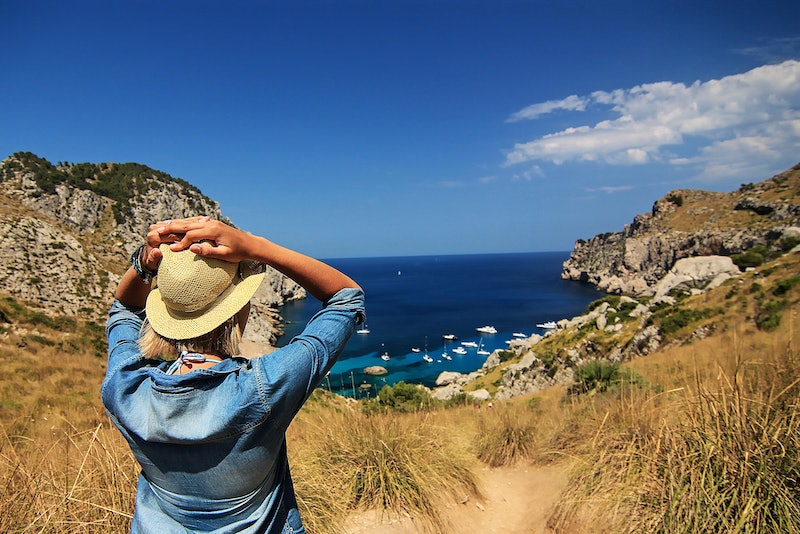 I was single for a very long time before I got together with my current boyfriend. And when I say "a long time," I mean practically forever. I was able to go through a number of different stages of being single, including the I’m desperately lonely stage, the I’m being kind of promiscuous stage, the Screw everybody who’s not single stage, and finally, the I’m good with being single stage.

I had gotten to a point where I preferred my own company to socializing. I lived alone with two cats, and I could have things the way I wanted them. I only had to consider myself, and never needed to check with someone if I was going to be home late or if I wanted to make it a pantsless-pizza-Thursday.

I got really good at being by myself, and being alone was when I was most relaxed. Then I met the boyfriend, and suddenly someone else was in the mix — someone else I now had to consider.

The transition from totally and completely single to dating and being in a relationship wasn’t without its challenges and upsets, but I did it. Now I know that life can rewarding as a solo act as well as being part of a couple.

Here's what you should know about dating a woman who has been single for a long-ass while.

She may forget that she's part of the equation right now, and agree to help someone move without checking in with you. Being single for an extended period forms some very strong habits, and she's used to acting alone without giving a thought to anybody else.

2. She Can Do It Herself

It's not that she doesn't think you're fully capable of helping her, it's just that she got used to doing everything, and that includes car repairs and the drip in the kitchen sink.

3. You Need To Take It Slow

It isn't that she's not into you — she's just not looking for anyone to put a ring on it right now. Think of it as the opposite of needy.

4. She's Used To Having Things Her Way

She's not against change — she just needs to ease into it. She'll see that your way of organizing the spice rack by flavors makes a kind of sense, and she may choose to adopt it.

5. You Wonder If You're Dating The Longtime Single Or Her Friends

Every time you do something together, one or more of her friends comes along for the ride. Her friends are protective and don't want to see her get hurt. Once everyone is convinced you're not a lying, cheating jerk, you'll probably see less of the friends, aka the heart patrol.

Don't be insulted if she doesn't need to see you all the time. She's used to spending a lot of time alone, and she needs that time to decompress and get her head on straight.

7. You May Have To Convince Her That You're For Real

All that time being alone and observing other people's relationships may make her a little unsure that you really are into her. She's trying to figure your motives out, and make sure you don't want to just catch and release her as romantic sport.

She may not be used to asking for or receiving help. Though she may not say it, she's grateful when you step in and lend a helping hand — just don't take over as if she's helpless.

You'll get to know the many different aspects to her personality. Sure, she's super strong, but she can still be vulnerable and open.

She's not used to sharing a bed, and may stretch out well onto your side You don't mind sleeping all curled up, do you?

A woman who has been single for a long time, doesn't need you, but that isn't to say that she doesn't want or care for you. As time goes on, and your relationship starts to deepen, some of these walls will come down and you'll appreciate having such an independent woman in your life.

Want more sex? Of course you do. So download Bustle's app from iTunes for all the most recent sex and relationships news, advice, memes, and GIFs from around the Web. Guaranteed to fulfill you more than your ex.

More like this
I Spent 2 Years Trying TikTok’s Dating Advice
By Kailynn Johnson
Jin-young Reflected On His Relationship With Seul-ki After 'Single’s Inferno'
By Brad Witter
23 Super Sweet Things To Write In A Valentine's Day Card
By Karen Belz and Lexi Inks
Here’s What TikTok's "Mascara” Trend Is *Really* About
By El Hunt
Get Even More From Bustle — Sign Up For The Newsletter
From hair trends to relationship advice, our daily newsletter has everything you need to sound like a person who’s on TikTok, even if you aren’t.