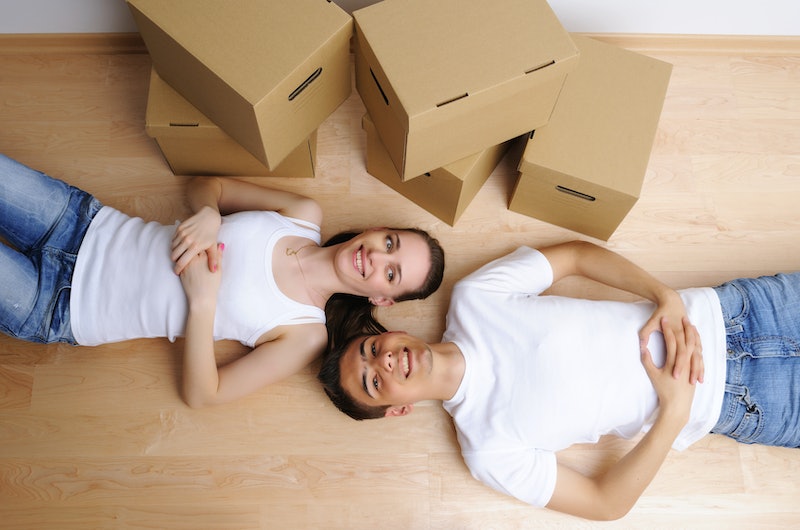 Moving in with your significant other can be a lovely bonding experience that will bring you two closer together ... or it can be a disaster that ends in raging fights and a splitting of assets. Before taking the plunge, ask yourself if any of these things are an issue. And if they are, then maybe rethink it.

This one seems self-explanatory, but it isn't. If I had a nickel for every friend who seriously dated someone they didn't really like having around, I would have at least 60 cents. If you spend much of your time truly not being able to stand your bf/gf while residing in separate spaces, I wouldn't suggest residing in the same space.

You Want To "Test Out" Being Married

Living together isn't being married. It just isn't. I could list all the reasons for this, or I could just refer you to this article by John DeVore. I'm doing the latter.

You're Doing It Purely For Financial Reasons

Roommates are not live-in boyfriends/girlfriends. They are better. They are not emotionally tied to you. Get one of them instead of moving in with your significant other. Alternately, if you live in San Francisco or Manhattan and have no chance in hell of paying your rent without the move ... practicality trumps any kind of relationship, and you should probably just break up and still move in together. Your sex life will suck, but you won't have to move back in with your parents. OK, fine, don't do that.

They Are A Drug Dealer

Seriously. Don't do it. No one likes the henpecking girlfriend/boyfriend who tries to stop their own personal Walter White. Just ask Skyler.

You Are A Bad Sharer

I mean this in the most kindergarten sense of the word. I don't care how well you hid this from whomever you're dating. If you're bad at sharing — whether it's food, bed space, or chores — then you better not move in with someone else until you loosen up on this front.

One Of You Is Significantly Neater Than The Other