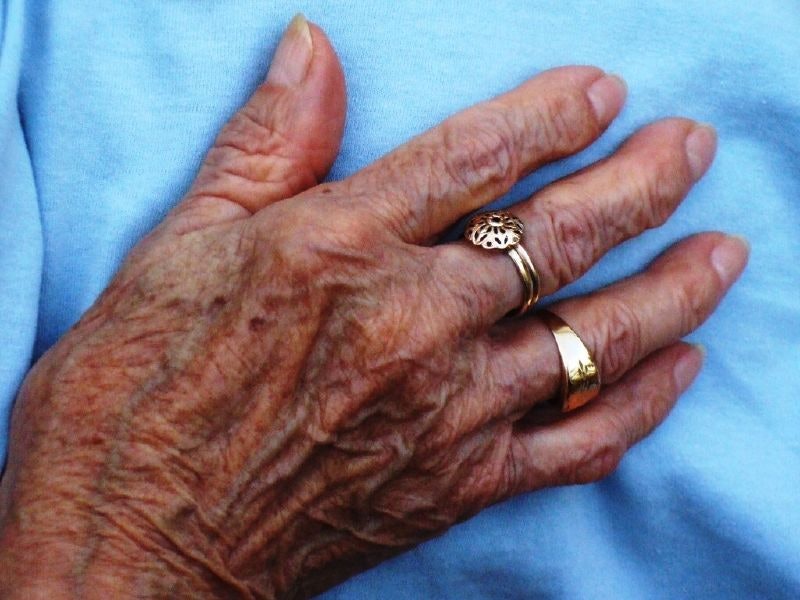 What does life look like when you're a 101-year-old feminist? Well, contrary to all the stereotypes of feminists being bitter, angry, and surrounded by cats, Marian Cannon Schlesinger seemed to be rather cheerful when she sat down with Heidi Legg from The Atlantic to discuss everything from the Kennedys to how to live to 100 to who should be president in 2016 (Hillary, she says modestly, "would be okay.")

Schlesinger certainly seems to have led an interesting life — her father was a professor, her mother helped to found Planned Parenthood, her husband was a special advisor to President Kennedy, and Julia Child once complimented her cooking. Also, she published her second volume of memoirs at age 99. NINETY-NINE. So, you know, just normal stuff that happens to everyone. If you need a minute to go die of envy, that's okay. I'll wait.

Along the way during her interesting life, of course, Schlesinger has picked up a few tidbits to share with today's generation of women, perhaps the first being to appreciate your history:

This idea that feminism was created in the last twenty years is ridiculous. When you think of all the women that went across the continent in covered wagons. Really. It's ridiculous. It's a lot of baloney. If they'd read a little history, they'd find out that women have been powerful characters all through the history of the United States.

But she also tells young women to "Just go ahead and do your thing no matter what." When asked what people should do to have a fulfilled life, she says simply, "Just keep going," and also, "Have lots of people in the house and lots of different kinds of people — young, old, black, white, people from all over the world. People have always energized me."

"Just go ahead and do your thing no matter what," she says.

She says that she also feels sad that so many young, talented women aren't finding the opportunities they're looking for nowadays. If you feel stuck, she says, "you can involve yourself in local problems. There are all sorts of things that have to be tended to in the world."

Now, Schlesinger's account here definitely comes from a very privileged perspective — she was able to travel widely, her husband's work made her financially able to pursue artistic passions, and she freely admits that even her mother's advice about not paying attention to the housework was only possible because her mother had a maid. Still, it's at least not more of the "lean in" stuff we've all been bombarded with lately.

Ultimately, the interview paints an interesting portrait of a feminist aging not bitterly alone amongst a hoard of mangy felines, but with The Rachel Maddow Show, children who love her, and a drink in her hand.

You can check out the full interview here.