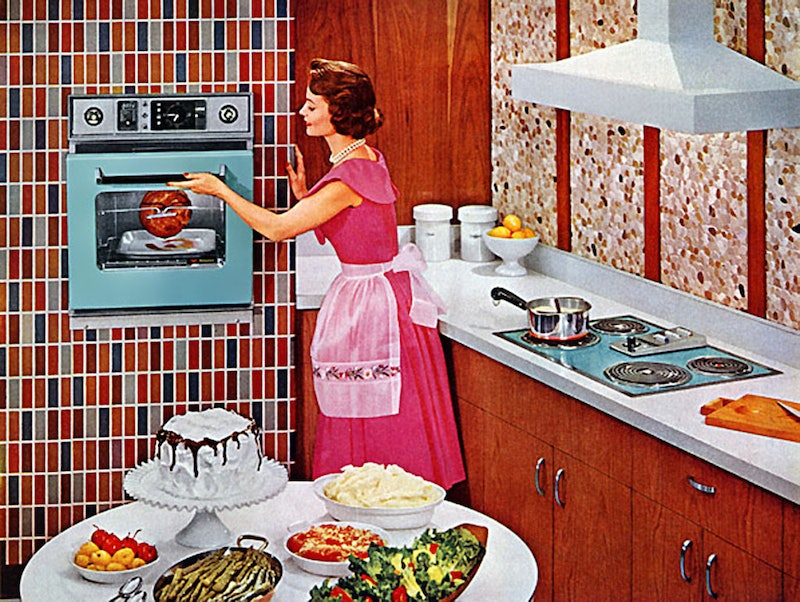 I know most of you don’t read Fox News because you’d prefer to do things other than bash your skull into your computer monitor with your time, and I typically agree. My editor alerted me to Women For Men (yes, that is a real organization) founder Suzanne Venker’s blog post on the world’s worst news site, probably because she likes to keep my blood pressure high.

Venker’s article is literally titled “Why women need husbands,” as if feminism never existed. I thought it would be best to point my thoughts directly at Suzanne Venker, and tell her why her new hypothesis couldn’t be farther from the truth.

I read your column at Fox News against my better judgment. A headline like “Why women need husbands” is something I normally wouldn’t touch with a 10-foot pole. In your post, you claim that women, in spite of the leaps and bounds that feminism has brought in the last 50 years, still need a husband to be fulfilled because a man's linear career goals and financial earnings make possible the "balance" that women seek.

I’m young, but I decided at an even younger age that getting married just isn’t something I’m interested in, and opinions like yours are exactly why. I have no interest in entering into a life-long contract with another person simply so they can support me financially. I can support myself financially, be a great mom, and live a happy and fulfilling life without a husband.

Did it ever occur to you that millions of women across the country are actually the ones bringing home the proverbial bacon? This year, a Pew Research Center study found that four of every 10 households with a child under the age of 18 have a woman as the sole or primary breadwinner. These numbers increase dramatically when discussing women of color.

In your piece, you write that women crave balance, and that they need a man to round out their financial picture to achieve the perfect relationship between work and home. Men have more linear career goals, according to you, and that makes them the perfect candidates for bringing home paychecks. If that were true, why are so many women responsible for taking care of their families? Aren't some of those women doing so by choice?

Women have always been earning money for their families, it’s just that they weren’t (and still aren’t, for the most part) being paid for equal work. You mention in your article that women are more likely to ask for flexible schedules than higher salaries, and seem to indicate that there’s something wrong with that. I think you’re ignoring that women are still responsible for the majority of duties at home. That means cleaning, cooking, tending to children and elderly loved ones, and somehow also finding time to be a good wife and partner. Faced with all of the burdens of domestic work, parenting, and having a good career, a few hours off every week does sound much better than a couple thousand extra dollars salary. Perhaps the answer is not to lean on a man for financial support but to require an equal splitting of household responsibilities between partners.

You also ignore basically everyone except heterosexuals in your “happy life” equation. A lot of women have no interest in finding a husband, primarily because they are lesbians who would prefer to spend their lives with a woman. Are they somehow less entitled to or capable of happiness and balance? Actually, don’t answer that question.

You say that men are now “less likely to want to be primary breadwinners.” I look at that sentence and all I can think is “so what?” and also "doesn't that disprove your whole point here?" Men should absolutely be interested in providing for their families, but that doesn’t mean taking full financial control. A marriage should be a partnership, no matter who is bringing home the paycheck.

To quote you, "there’s no way to be a wife, a mother, and a full-time employee and still create balance. But you can have balance by depending on a husband who works full-time and year-round." There actually IS a way. I'm not sure if you're aware, but it is entirely possible for men to also stay at home and provide domestic support to their working wives. There's no law that says that men must enter corporate America and wear a suit and tie every day. Realisticially, this may be the best solution. If women want high-paying careers and happiness at home, they can seek domestic help from their husbands.

Women don’t need husbands in order to achieve financial stability and happiness. What women need is full access to educational and economic opportunities, whether or not they have a “Mrs.” at the front of their name. Our current economic set-up doesn’t exactly make it easy to become a successful single mom, but that’s due to a lot of factors other than said single mom’s ability (or lack thereof) to “snag her man.”

Fixing inequality in the corporate world and economy may make women happier and more financially successful than settling down with a high school sweetheart. I’m not here to knock marriage, but I do completely disagree with the idea that it should be used as a way for women to support themselves.

You probably won’t read this because it doesn’t fit into your heteronormative echo chamber of what the lives of men and women are supposed to be like. I do hope you reconsider your position, and maybe next time talk to the women who are leading their lives outside of the husband, wife, and white picket fence norm.