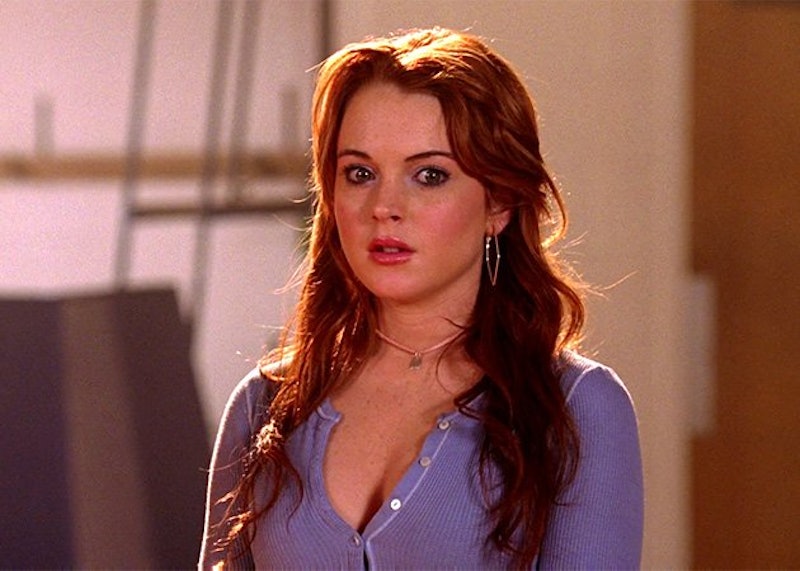 First impressions undoubtedly matter, but nowhere do they seem to have as much influence as the judgmental halls of a high school, ruled by teenagers who don't often seem to realize that there is more to a person than their first day of high school outfit. Whether you knew it at the time or not, what you wear on the first day of high school plays a crucial role in your placement in its cutthroat social hierarchy, instantly categorizing you into a specific crowd of people the second you walk through the doors.

Like anything in high school, placing so much emphasis and anxiety on this sartorial decision proves incredibly absurd in retrospect (although for the less popularity-focused high school students, it probably seemed rightly ridiculous in the moment, too). At the end of the day, though, that's why looking back on those times can be so fun.

High school often seemed ruled by predictable standards of beauty and coolness that are probably uniform across state lines. Some labels grew from trends (emo/goth), others from high school stereotypes that will probably never change (preppy mean girls/jocks/band geeks). If you went to high school in the earlier '00s, prep was in, emo kids took over where the goths left off, and as always, there were the jocks and the smart kids and the popular kids. Looking back, though, you realize that everybody was pretty cool, and just as clueless as you.

So without further ado — and purely for the sake of nostalgia — here are the seven staple styles you probably witnessed throughout your academic career.

If you went to high school anytime between, say, 2005-2010, chances are there were more than a few kids who showed up on the first day looking like they just left brunch at the country club. Prep was definitely in, meaning that fitting in on the first day required putting on your best button-ups and tailored shorts, khaki preferred. Perhaps this entailed an inaugural trip to J.Crew or purchasing more than a few popped collar polo shirts. Whatever the case, if you went prep on the first day of school, you were probably in-the-know about high school politics before they even began. Or you just bought all your clothes at the mall.

The '90s had its grunge kids and the early '00s had its scene ones. Trading in flannel shirts for hoodies and forgoing Dr. Martens in favor of some beat up Converse, the scene ( or "Emo") kids were the music-based group of most Millennial's high schools. They showed up to the first day of high school in a faded band tee (extra points for Fall Out Boy or My Chemical Romance) and ripped super skinny jeans with long bangs expertly straightened and slicked over one heavily-lined smoky eye. Scene kids definitely made it clear they didn't want to fit in to the mainstream, albeit by embracing one of the most popular genres of the decade.

With a ton of hard work (and a bit of luck), these kids essentially faked it until they made it. Sometimes they chose to wear a T-shirt from the college they already visited on the first day of class, and oftentimes they stuck to a strict uniform of random pieces of Ivy League apparel throughout the year. Be it a tee from Harvard or a sweatshirt from Yale, these kids made it clear that their minds were focused on one thing from the moment they got out of that first day assembly: Getting into the Ivy school emblazoned all over their wardrobe.

Even if you didn't go to school anywhere near California, chances are high that some kids at your high school dressed like they stepped out of a scene from The O.C . Instead of taking cues from Blair Waldorf and Serena Van Der Woodsen, these folks drew their inspiration from Marissa Cooper and Summer Roberts. Showing up on the first day with hair full of Sun-In and a wardrobe stocked with Hollister and Pac Sun, any kid with an artificial Cali style probably led a high school life dreaming of the West Coast.

The drama kids were inescapable, not just because they walked around the halls singing musical scores (and honestly, more power to them), but also because their first day ensembles inevitably included some sort of theater-related item. Be it a T-shirt from the production they directed at camp that summer or a dress from the show they starred in the year before, the wardrobe of each theater kid made it clear the majority of their high school experience would take place in the auditorium. And they would unapologetically love every minute of it.

Sort of the creative (read: brooding) antidote to the drama nerds, the artsy kids showed up on the first day dressed in all-black thrift store ensembles (or maybe all gray, if they were feeling adventurous) that they got on a recent trip to New York. They spent a good deal of time in the art studio or photo lab listening to Sufjan Steven and Beck on their iPod Nanos. But like the drama kids, that was really the best thing about them. Regardless of what anyone else thought, they spent time doing what they loved, and are now judging you for all those artsy Instagram attempts.

Last but definitely not least, there were the jocks. More out of necessity and less out of choice, the school jocks most likely showed up on the first day of high school in a team jersey, a letterman jacket, soccer sandals, or oversized sweatpants (unless, of course, their mom made them change into something else). Each jock clearly had more important things to concentrate on, as such not really caring too much about what they wore on the first day. Plus, they knew they'd run the school regardless.

It's always a weird sort of comfort to look back and realize we were all just trying to figure things out as they happened. Some of us just chose to do it in black skinny jeans while others opted for jerseys. It's all good.

More like this
Phoebe Dynevor Serves ‘Bridgerton’ Underboob In Stunning Floral Gown
By El Hunt
J.Lo's Micro-French Manicure Has A Fun, Sparkly Twist
By Olivia Rose Rushing
9 Must-Know Tattoo Trends For Spring 2023
By Carolyn Steber
Sephora’s First IRL Store In The UK Is *Finally* Confirmed
By Justine Knight
Get Even More From Bustle — Sign Up For The Newsletter
From hair trends to relationship advice, our daily newsletter has everything you need to sound like a person who’s on TikTok, even if you aren’t.