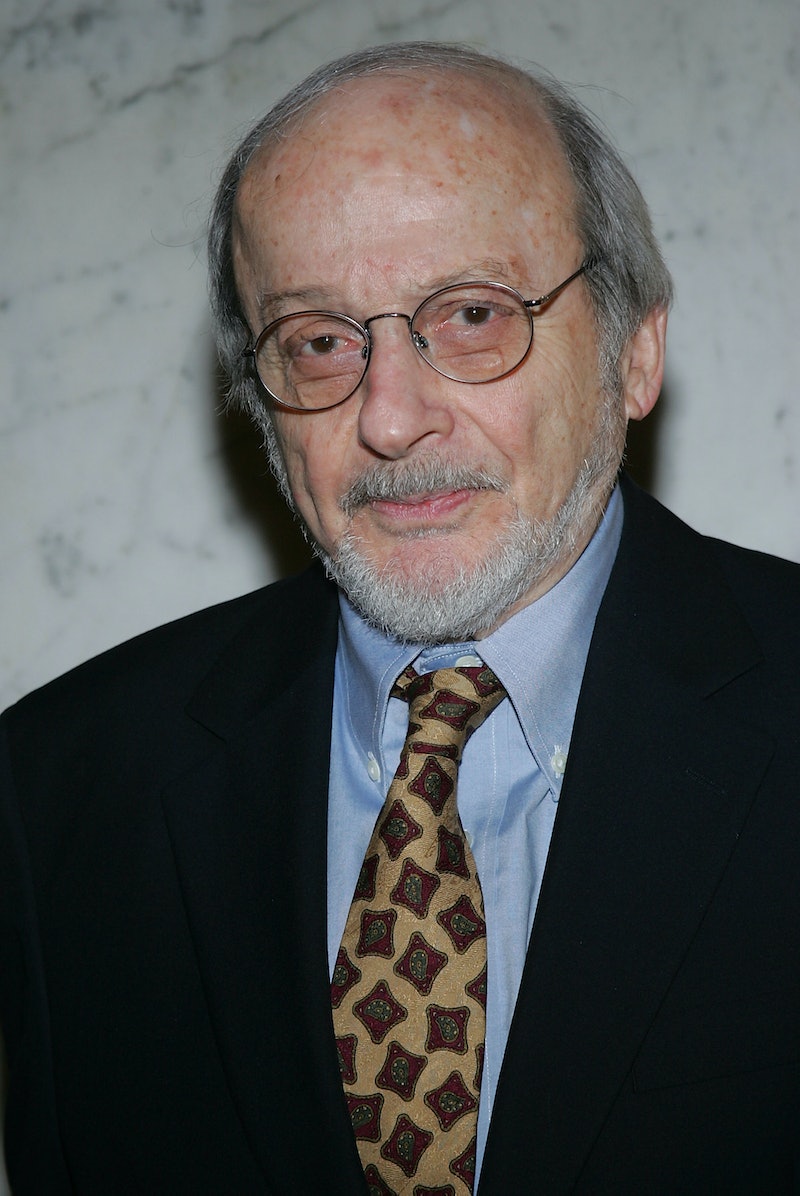 The author well-known for capturing significant moments in history, E.L. Doctorow, has died, according to The New York Times. Doctorow was 84, and died following complications from lung cancer. Though he penned several pieces of work — including 12 full-length novels — he is perhaps most famous for his 1975 book Ragtime , which not only has made its way onto several best-of literature lists and won the National Books Critics Circle Award, but also was popular enough to be turned into a film and Broadway show of the same name.

Doctorow, who released his first novel in 1960, was active on the literary scene for decades. In fact, his last piece of work — Andrew's Brain , which delves inside one unfortunate man's mind and life story — was released in 2014. This, after Doctorow spent years releasing notable novel after notable novel, like 1971's The Book of Daniel (also adapted for film audiences), 2005's The March, and 2009's Homer & Langley . And fans of the author would never ignore his work in short fiction as well — Doctorow wrote four short collections and one play, 1979's Drinks Before Dinner.

Still, even though books like The March attracted heaps of praise from former critic John Updike and others, none of Doctorow's books got quite the amount of attention as Ragtime, which used real historical figures like J.P. Morgan and Booker T. Washington and mixed them in with a fictional plot. Though it earned him some criticism, the novel surely attracted enough fans to balance out any historians crying foul. "I did have a feeling then that the culture of factuality was so dominating that storytelling had lost all its authority," Doctorow told New York Magazine in 2008. "I thought, If they want fact, I’ll give them facts that will leave their heads spinning."

Prior to breaking into the literary scene, Doctorow worked in several jobs. Though he even spent time in a position at LaGuardia Airport, where he worked in reservations, he burst onto the scene as an editor, honing his skills while working with fellow greats like the James Bond franchise's Ian Fleming and The Fountainhead author Ayn Rand. And, after taking a place editing literary history, the author focused on history himself. But despite his ability to stun readers with his ability to bring the past to the page, Doctorow has said that he doesn't like to put himself in the historical fiction category. As he told NPR in 2014:

Some people think of me as a historical novelist — I don't agree with that. I think all novels are about the past, the near past, the far past, some of them have a wider focus and include more of society and recognizable events and people. The historical novel seems to me a misnomer, and many of my books take place in different places, in the Dakotas, or down south in Georgia or the Carolinas, so it's just as valid to call me a geographical novelist as an historical novelist. I think of myself really as a national novelist, as an American novelist writing about my country.

And, as a novelist, he was able to continually garner more-than-stellar reviews, surprising critics and readers with new ideas (i.e. playing with different styles of narration) with each new release. As Doctorow also told NPR:

The ideas carried along by the artists who keep changing, keep looking for more, something truer, something greater. But generally speaking, the insistence on storytelling of a realistic nature has predominated and continued in the old ways. So what I'm guided by — perhaps it's futile — is Ezra Pound's injunction, when he was talking to the poets, he said, "make it new, make it new.

But the left-leaning author, a vocal opponent of George W. Bush, was much more than a novelist. Doctorow also spent some of his early years as an actor and even aspired to be a playwright before he gravitated towards novel-writing. It was a craft he might not have followed as faithfully in his later years, but it helped him develop a "heartbeat" in storytelling — something that readers of any of his novels would pick up on. And, just like his own Ragtime, the books Doctorow loved tended to be cinematic in nature. The author has said that his favorite books as a child were, among others, Treasure Island and Charles Dickens' A Tale Of Two Cities .

And that's perhaps the most admirable thing about Doctorow — the love for his craft, and others who practice it. He's passed on his knowledge everywhere from Sarah Lawrence University to University of California Irvine, and valued his favorite works just as his fans value his. As he told The New York Times in 2014, "I think of them as precious objects."

Just how you feel about Ragtime.