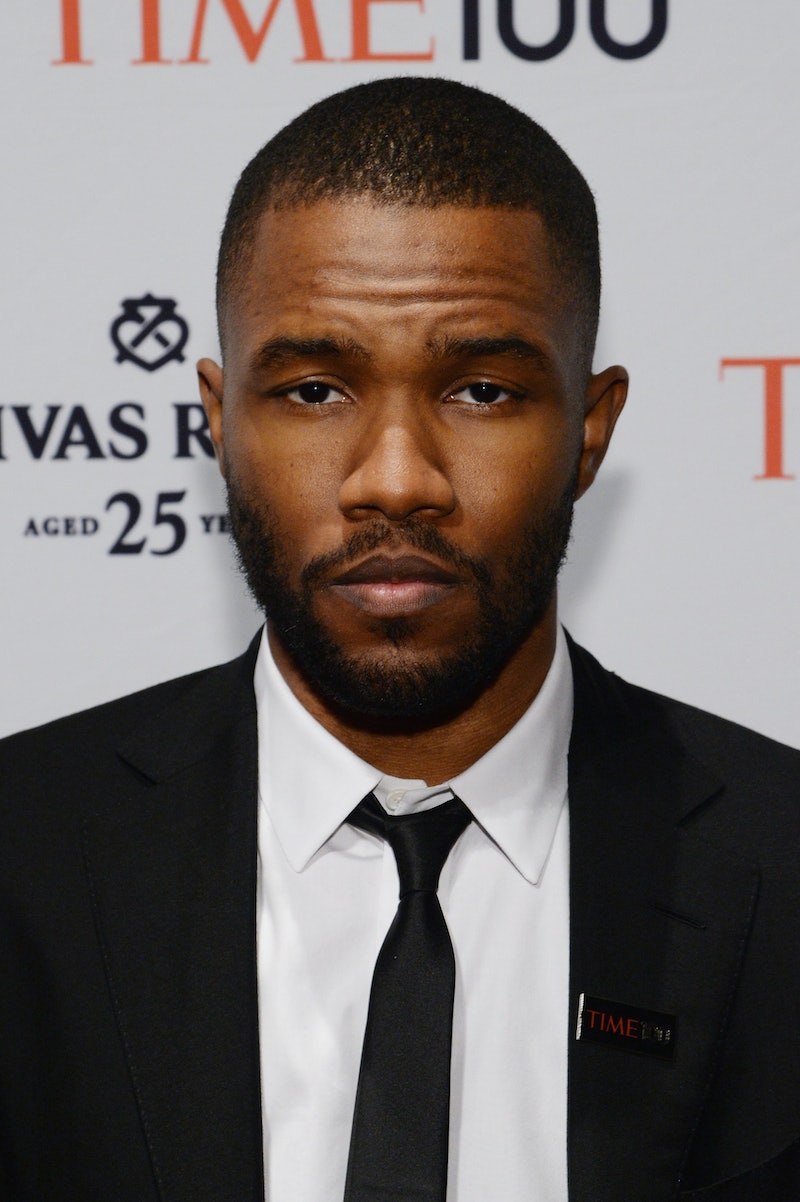 Of the many standout tracks on Frank Ocean's newly released album, Blonde, one in particular has caught the attention of fans: "Godspeed," which features gospel singer Kim Burrell. The lyrics for "Godspeed" appear to be about someone special, and though it's unclear exactly who, Ocean wrote a Tumblr post to coincide with Blonde's release that explains some of the song's backstory:

"I wrote a story in the middle — It’s called 'Godspeed.' It's basically a reimagined part of my boyhood. Boys do cry, but I don't think I shed a tear for a good chunk of my teenage years. It's surprisingly my favorite part of life so far. Surprising, to me, because the current phase is what I was asking the cosmos for when I was a kid. Maybe that part had its rough stretches too, but in my rearview mirror it's getting small enough to convince myself it was all good. And really though... It's still all good."

So, what does this tell fans? The post may not straight-up say who "Godspeed" is about, but it makes clear that the song is about a meaningful person in Ocean's life growing up. It sounds like "Godspeed" is Ocean's way of giving himself closure with someone, by going back and saying what he wishes he could have said as a kid.

With lyrics like "I will always love you," and "Wishing you godspeed, glory ... I'll always be there for you," it's like the track is a letter saying goodbye and wishing this person the best. In the lyric annotations on Genius, it's speculated that the inspiration for the song is an unrequited love. Genius also notes that "Godspeed" is about someone who's a "positive motivating force" in Ocean's life.

Another lyrical clue is that this person is likely someone who is no longer in Ocean's life, but who will always have a place in his heart. "I let go of my claim on you, it's a free world," Ocean sings. "You look down on where you came from sometimes, But you'll have this place to call home, always."

More like this
The Spice Girls Just Dropped A Brand New Music Video
By Sam Ramsden
Beyoncé’s Special Tribute To Sister Solange Was Both Touching & Hilarious
By Stephanie Topacio Long
Twitter Is Freaking Out Over Rihanna’s 2023 Super Bowl Halftime Show Announcement
By Stephanie Topacio Long
Everything To Know About Taylor Swift’s 10th Studio Album, 'Midnights'
By Grace Wehniainen and Jake Viswanath
Get Even More From Bustle — Sign Up For The Newsletter

This article was originally published on Aug. 21, 2016