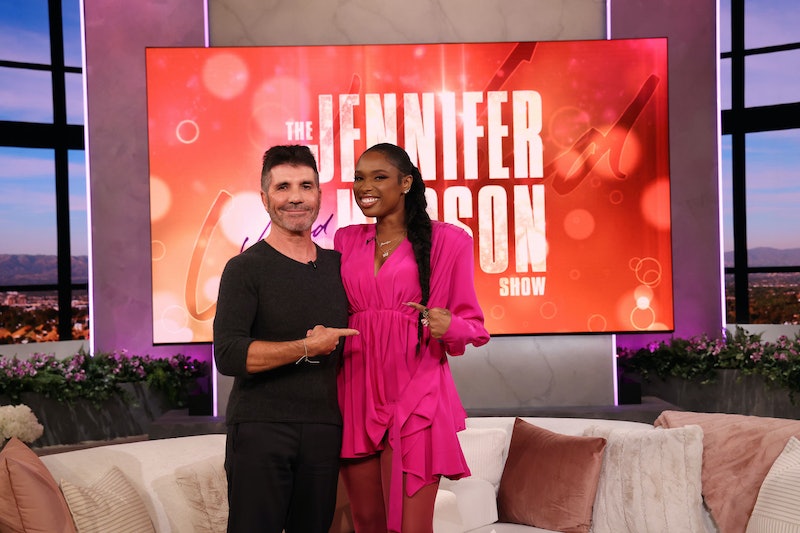 Move over Kelly Clarkson — the Season 1 winner is not the only American Idol alum to star on her own self-titled daytime talk show. Jennifer Hudson, a Season 3 contestant who finished in 7th place on the hit reality competition show, just premiered her new talk show on her 41st birthday only months after becoming one of the youngest EGOT winners in history.

The show’s premiere featured a familiar face: Simon Cowell, the hard-to-please American Idol judge and music mogul who has gone on to star on other similar singing shows like The X Factor and America’s Got Talent. Hudson and Cowell reminisced about her days on the show and her untimely exit from the series. “That night, I will never forget,” Cowell said of the night when Hudson was eliminated much earlier than expected. The theme of the week was Barry Manilow’s discography and Hudson sang his 1976 single “Weekend in New England.” Cowell recalls wondering, “Who chose stupid ‘Barry Manilow Week?’ Wasn't me! And I remember thinking, 'This is not a great song.' Wasn't your fault. And then, of course, what happened, happened.”

Cowell then asked Hudson if she would change the song or keep things as they were if she had the power to go back in time and redo the moment, and she ultimately stood by her decision. “That song led me to get Dreamgirls. Barry Manilow structured that song as if it were ‘And I’m Telling You,’ and a lot of people thought that’s what I was singing,” she said, referencing the signature song from her Oscar-winning performance in the movie musical. Hudson said she felt at peace with the elimination because she was still able to exhibit her artistry on the show. “Once I was [eliminated], I realized, ‘you’re walking away with your talent. This competition may be over but your passion isn’t. Your drive isn’t.’”

Hudson also asked the mogul who has made a living from television appearances for some advice as she embarks on this new project, and Cowell showed an uncharacteristic amount of emotion in his response. “You are the epitome of the American dream,” he said after jokingly telling her not to listen to a word he says. “After what happened to you on the show, a lot of people would’ve walked away from that moment and gone, ‘it’s too difficult, I give up.’ And you didn’t.” Cowell credits her perseverance and grace in adversity for her successes. “And you’re a nice person,” he added.

Cowell has also appeared on Clarkson’s show multiple times with similar praise for the former Idol’s successful career, proving that he was always a little bit of a softie deep down.