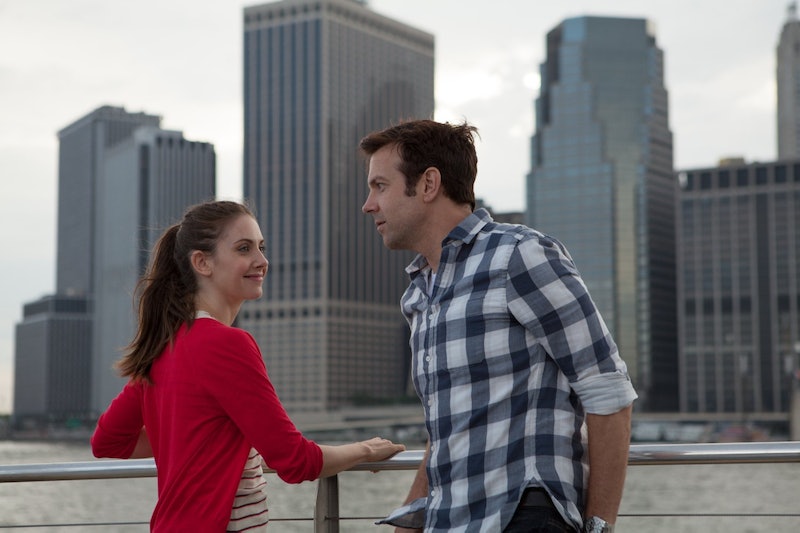 If you don't like cheesy romance but still want to watch a love story, sexy comedy movies are a good way to go. Whether you're in the mood for something raunchy or a little more tame, there is no shortage of options. Below, 26 funny, sexy movies perfect for any date night, night home alone, or marathon day with your friends. Just maybe don't watch these with kids or your parents around. Because that could get weird.

Think Cinderella, if it was actually a sexy comedy with Richard Gere and Julia Roberts. This movie is the classic rom-com in which sex isn't the main event, but watching them fall in love with each other is steamy enough. And, you know, they do eventually do it.

This movie is sexy, sad, funny, and utterly relatable. Watching Renee Zellwegger crush on Hugh Grant is a true rite of passage for any sexy comedy fan. As are the subsequent installments of the franchise.

Don't you remember being in high school, having a crush, and vowing to do literally anything to get that crush to notice you? Superbad gets it.

How is it possible that a movie can be heartbreaking and sexy and hilarious at the same time? Nothing is funnier than seeing Paul Rudd walk Steve Carrell through his first time with a woman. And there's also some hilarious body-waxing along the way.

For a raunchy comedy, this movie still manages to have its sexy moments, and the love story is actually pretty sweet.

This romantic comedy is way sexier than anyone gives it credit for.

When Harry Met Sally dares to argue that men and women can be just friends. Until, you know, they run to meet each other on New Year's Eve and declare their love. Happens to the best of us. Besides, everyone has to see the iconic Meg Ryan fake an orgasm in Katz's Deli at least once.

It's Complicated is sexy, heartfelt, and includes a pairing you never even knew you wanted to watch together: Meryl Streep and Alec Baldwin. Plus, no one does rom-coms like Nancy Meyers.

This might be the original teen sex comedy, if only because it's where so many tropes that are used (or spoofed) in movies like American Pie or Superbad came from. If you've never seen it, definitely add it to your list.

Judd Apatow is obviously really good at making raunchy, sweet, sexy comedies given how many of his films are on this list. This one is a good place to start if you haven't seen any of his other work (which would be pretty impossible).

This sexy comedy transitions from raunchy to romantic minute by minute.

Will Smith always knows how to strike a balance between romance and comedy, and this movie is the perfect example of that.

If Judd Apatow's movies are all about awkward men, Sex and the City is about women having to deal with said awkward men. Obviously, there's a lot of raunchy talk too.

A true classic that needs no further description.

This movie has a lot of sex, but you'll be surprised at how funny it is too.

This movie deserves to be watched ... trust me, OK?

Not just funny... but sexy too.

19. Sleeping With Other People

This movie is sexy, yes, but it is so much more than that. There's heartbreak and healing and lots of sex talk. It's so, so good.

Bachelorette is from the same writer as Sleeping With Other People; Leslye Headland is a sexy comedy genius.

There is one scene in this movie that is so sexy a statue should be built in its honor.

Possibly one of the best teen comedies of all time.

Cameron Diaz, Leslie Mann, and Kate Upton find out that they're all in a relationship with none other than Jaime Lannister, er, Nikolaj Coster-Waldau. So they team up to find him and give him a taste of his own medicine, resulting in some very sexy comedy.

Eurotrip is one of the raunchiest and most ridiculous comedies of its time. It's chock full of sex — and terrible cliches about Europeans, but hey, it was the early aughts.

25. There's Something About Mary

Ted's (Ben Stiller) dream prom date with Mary (Cameron Diaz) never happened because of an injury at her house, so he decides to hire Pat (Matt Dillon) to track her down. A tricky love triangle ensues — as does that epic scene with semen in her hair.

Amy Schumer has built her career on explicit humor, so of course her 2015 rom-com is full of it.

This article was originally published on Sep. 1, 2016