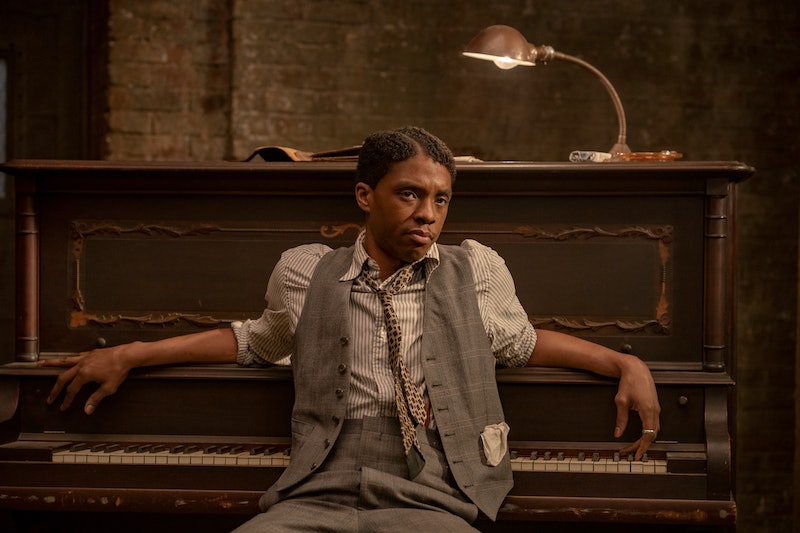 Whether it’s about music or not, the quality of a soundtrack can make or break any film. A bad one can make otherwise emotional scenes appear cheesy, and a good one can elevate the impact of a well-written script and potentially move viewers to tears. For example, how would you feel if The Breakfast Club ended with Smash Mouth’s “All Star” and Shrek opened with Simple Minds’ “Don’t You (Forget About Me)” rather than vice versa? It just wouldn’t work. Luckily, there are a ton of great movies out there that have soundtracks as good as — if not better than — the films themselves.

With over 200 million subscribers worldwide, Netflix has become the leading streaming service in the game. As it’s continued to churn out films at a rapid rate, releasing one new original film per week in 2021, the streamer has become a master soundtrack curator. Thanks to a significant placement in the 2019 romantic comedy Someone Great, Lizzo’s “Truth Hurts” gained increased fanfare that helped it become a No. 1 hit nearly three years after its initial release. Additionally, the platform’s Eurovision Song Contest: The Story of Fire Saga spawned “Husavik (My Hometown),” which received a Best Original Song nomination at the 93rd Academy Awards in 2021. Between those films and many others, here are 23 movies on Netflix with excellent soundtracks.

This Netflix original rom-com centers around a Rolling Stone journalist played by Gina Rodriguez, so it’s only right that the film boasts a top-notch soundtrack. In fact, its use of Lizzo’s “Truth Hurts” actually catapulted the song to hit success years after its initial release. Other critically-acclaimed bops featured in the movie include Lorde’s “Supercut,” Frank Ocean’s “Moon River,” and Robyn’s “Missing U.”

2. The To All the Boys Trilogy

Adapted from Jenny Han’s best-selling book series of the same name, To All the Boys follows Lara Jean Covey (Lana Candor) as her private love letters are received and read by the boys who were never meant to see them. The latter two films in the Netflix trilogy were accompanied by a soundtrack of original and previously-released music from the movies. Among the many songs are MARINA’s “About Love,” FLETCHER’s “On Fire Again,” and Spice Girls’ classic “Wannabe.”

Before it was turned into a Broadway musical, the only music Legally Blonde was known for the iconic early aughts hits featured in the 2001 rom-com that follows sorority girl Elle Woods (Reese Witherspoon) as she makes an unlikely pivot and enrolls at Harvard Law School. Hoku’s “Perfect Day” opens the film, which also features Vanessa Carlton’s “A Thousand Miles” as well as songs from Black Eyed Peas and Lisa Loeb.

This 2021 young feminist comedy directed by Amy Poehler follows a teenage girl who tackles sexism at her school after finding inspiration from her mom’s rebellious Riot Grrrl past. Its soundtrack features lots of angsty music from women like Beth Ditto of Gossip, Princess Nokia, Tierra Whack, Lucy Dacus, as well as covers of Bikini Kill’s “Rebel Girl” and “Big Mouth” performed by viral teen band The Linda Lindas.

The soundtrack from 2003’s School of Rock proved so strong, some of its original songs — including the titular “School of Rock” and “Math Is a Wonderful Thing” — are featured in the adapted Broadway musical, which debuted in 2015. Jack Black stars in the music-centered comedy as Dewey, who poses as a substitute teacher and forms a band with his elementary students. In addition to the original tracks, the film features Stevie Nicks’ “Edge of Seventeen,” Cream’s “Sunshine of Your Love,” and AC/DC’s “Back in Black,” among several other rock classics.

Written and directed by Nancy Meyers, The Holiday stars Cameron Diaz as LA-based filmmaker Amanda Woods and Kate Winslet as London writer Iris Simpkins. After leaving their respective cheating significant others, the two women list their houses on a home swap website and switch places for the holiday season — where they find new lovers, played by Jack Black and Edward Burns. The 2006 rom-com features a wide array of music, from Christmas classics like Wham!’s “Last Christmas” and Brenda Lee’s “Rockin’ Around the Christmas Tree” to The Killers’ “Mr Brightside” and Cheryl Lynn’s “Got to Be Real.”

Greta Gerwig’s Lady Bird takes place in the 2000s and follows a high school senior (Saoirse Ronan) who can’t wait to leave her hometown of Sacramento, California, for college. The coming-of-age film’s soundtrack features many time-tested hits from the era, like Dave Matthews Band’s “Crash Into Me,” Alanis Morisette’s “Hand in My Pocket,” Ani DiFranco’s “Little Plastic Castle,” and Bone Thugs-N-Harmony’s “Tha Crossroads.”

Released in 2020, this Alicia Keys-produced jukebox musical comedy film follows an 18-year-old striving to refine her dance skills in order to enter a competition. Pop star Sabrina Carpenter stars in Work It, which features three of her songs on its soundtrack: “Let Me Love You,” “Looking at Me,” and “WOW” with Zara Larsson. Watching it feels like a night at a club, as it also features recent pop hits from Dua Lipa, Ciara, Meghan Trainor, and Normani.

9. What A Girl Wants

This 2003 teen comedy follows 17-year-old Daphne Reynolds (Amanda Bynes) as she leaves her NYC home to reconnect with her estranged royal father, played by Colin Firth. Unfortunately, the film doesn’t feature the Christina Aguilera hit of the same name, but it does feature many other early ’00s hits like Michelle Branch’s “You Get Me,” Willa Ford’s “I Wanna Be Bad,” The Donnas’ “Who Invited You,” and Meredith Brooks’ “Crazy.”

Following a young pageant beauty queen nicknamed Dumplin’ with a deep connection to Dolly Parton, this 2018 Netflix original coming-of-age comedy features an entire soundtrack of the country legend’s music. It includes six new songs like the Oscar-nominated “Girl in the Movies” as well as new versions of her classic hits like “Jolene” and “Here We Go Again” recorded as duets with singers like Sia, Macy Gray, Miranda Lambert, and Elle King.

This cult classic Sofia Coppola film is based on the real-life Hollywood burglaries of the late aughts, which you likely watched unfold through Alexis Neiers’ short-lived reality show Pretty Wild. Featuring Azealia Banks’ “212,” M.I.A.’s “Bad Girls,” and Kanye West’s “All of the Lights,” its soundtrack will bring you back to a time when Paris Hilton, Lindsay Lohan, and Audrina Patridge were A-list enough to tempt a group of teens to rob their homes.

Based on the real-life annual music competition, this Netflix original musical comedy stars Will Ferrell and Rachel McAdams as Icelandic performers determined to win. Its Grammy-nominated soundtrack includes the Oscar-nominated “Husavik (My Hometown)” as well as other original songs by the writers behind many of Ariana Grande’s hits — and “In the Mirror,” a track performed by Demi Lovato, who appears in the film.

Taking place in early 19th century France, this Oscar-winning 2012 musical film adaptation stars Hugh Jackman as Jean Valjean, who is being hunted by policemen for breaking parole but vows to take care of a factory worker’s daughter in the meantime. Also starring Anne Hathaway and Amanda Seyfried, Les Misérables spawned a top-charting soundtrack of new versions of Broadway favorites like “I Dreamed A Dream,” “Suddenly,” and “On My Own.”

Largely known for his spooky yet kid-friendly Goosebumps franchise, Netflix’s Fear Street trilogy marks the first time R.L. Stine’s books have been adapted into truly terrifying horror films. Each Fear Street film focuses on a specific year in the fictional town of Shadyside, and since the first one takes place in 1994, it features iconic hits from the era. From Radiohead’s “Creep” to Iron Maiden’s “Fear of the Dark,” Nine Inch Nails’ “Closer,” and Snoop Dogg’s “Gz and Hustlas,” fans of mid-’90s music are bound to recognize a few classics.

This critically acclaimed 2014 biopic chronicles the life of funk legend James Brown, played by the late Chadwick Boseman and told in the first person from his point of view. The film also stars Viola Davis, Octavia Spencer, Jill Scott, and Dan Aykroyd, and it features a slew of Brown’s memorable hits, including “I Got You (I Feel Good),” “Get Up Offa That Thing,” and “It’s A Man’s Man’s Man’s World.”

Titled after Mariah Carey’s “Always Be My Baby,” this 2019 Netflix original rom-com centers around an ex-teenage couple who rekindles their relationship years later. In addition to Carey’s hit, the film features original music performed by the fictional band Hello Peril (including a track called “I Punched Keanu Reeves”) as well as bops like Big Freedia and Lizzo’s “Karaoke,” Keys’ “Pawn It All,” and Ludacris and Bobby V’s “Pimpin’ All Over the World.”

After the original Broadway version was nominated for six Tony awards, filmmaker Ryan Murphy adapted the LGBTQ-focused comedic musical The Prom for Netflix and cast Meryl Streep, Nicole Kidman, and James Corden in its lead roles. Mainly written by Matthew Sklar and Chad Beguelin, the musical boasts upbeat, hilarious, and touching tunes about acceptance and love, including “It’s Not About Me,” “Tonight Belongs to You,” and “Zazz.”

Starring Davis as well as Boseman in his final film role, this Oscar-winning musical drama follows real-life blues singer Ma Rainey during a turbulent recording session in 1920s Chicago. It centers on the recording of the titular song “Ma Rainey’s Black Bottom” but also features other known hits by the musician, including “Deep Moaning Blues,” “Those Dogs of Mine,” and “Hear Me Talking To You.”

Starring Dustin Hoffman and Tom Cruise, this 1988 drama film won Best Picture at the 61st Academy Awards, and its music by famed composer Hans Zimmer received a nod for Best Original Score. In addition to his excellent score, the film’s soundtrack includes Etta James’ “At Last” and The Belle Stars’ take on The Dixie Cups’ “Iko Iko,” which Rain Man helped propel to the top 15 of the Billboard Hot 100, making it the most successful recording of the song.

This comedic continuation of the synonymous 1970s series of the same name stars Drew Barrymore, Cameron Diaz, and Lucy Liu as private detectives working under Charlie Townsend (John Forsythe) and Bosley (Bill Murray) to defeat an evil tech CEO. Grossing over $264 million worldwide, it was a global box office smash in 2000 and spawned a double-platinum-certified soundtrack featuring Destiny’s Child’s signature hit “Independent Women.” Additional songs heard in the film include Sir Mix-A-Lot’s “Baby Got Back,” Deee-Lite’s “Groove Is in the Heart,” and Heart’s “Barracuda.”

Bradley Cooper stars in Silver Linings Playbook as a former psychiatric patient living with bipolar disorder who meets a young widow (played by Jennifer Lawrence) and enters a dance competition with her in order to win back his estranged wife. Nominated for eight Oscars in 2013, the film features an exquisite soundtrack of classic music from Bob Dylan, Johnny Cash, and Stevie Wonder, as well as original tracks from Alt-J and Jessie J.

This ridiculous 2002 romantic comedy stars Cameron Diaz, Christina Applegate, and Selma Blair and features tracks like Rupert Holmes’ “Escape (The Piña Colada Song),” Usher’s “U Got It Bad,” and Peaches & Herb’s “Shake Your Groove Thing,” which are sure to have you singing along. Even more memorable is the film’s original “Penis Song” and cast performance of Aerosmith’s “I Don’t Want To Miss A Thing” that saves Blair’s character from an uncomfortably sticky sexual scenario.

Sam Levinson teamed up with his Euphoria colleague Zendaya and actor John David Washington for this black-and-white romantic drama about a filmmaker and his girlfriend as their relationship is challenged by a series of self-realizations one night. Executive produced by Kid Cudi, the film boasts an eclectic soundtrack featuring Warwick’s “Get Rid of Him,” Outkast’s “Liberation,” James Brown’s “Down and Out in New York City,” and Little Simz’s “Selfish,” perfect to accompany the moody film.

This article was originally published on Oct. 5, 2016