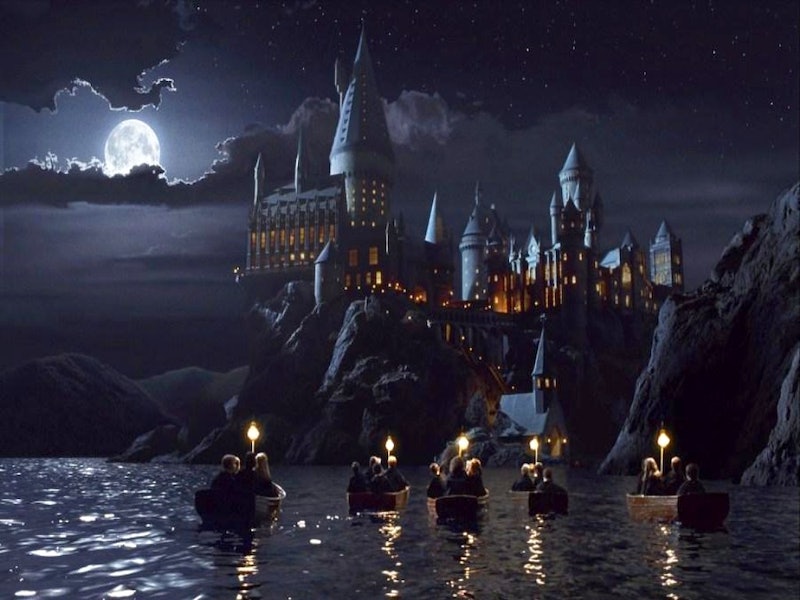 If you're still waiting for your Hogwarts letter, there's some good news: there's a way to visit the famous Hogwarts School of Witchcraft and Wizardry from J.K. Rowling's Harry Potter series without one. And no, I don't mean by taking a trip to Universal Studios' Wizarding World of Harry Potter.

Located in Northumberland, UK, this castle has been inhabited by the Percy family for 700 years and has a recorded history of 1,000. As one of Britain's most iconic castles (and the largest inhabited on), it was the perfect setting for Hogwarts and has been used for a variety of films and television shows. The best part? Not only can you vist, you can get married there.

The Warner Bros. Studio in Leavesden became a home base for the Potter films for 10 years and houses this scaled model of Hogwarts castle that was used for many of the aerial shots included in the films. You can visit, but you'll want to book far in advance.

The Wizarding World of Harry Potter : Hogsmeade opened its gates in 2010 along with its crowning feature: a scaled-up model of Leavesden studio's Hogwarts. It may not be the real thing, but you can actually get inside of this replica, which features recreations of Professor Sprout's greenhouse, the House Points jars, and Dumbledore's office. Oh, and there's a ride, too — if you're into that.

More like this
Everything You Need To Know About ‘Black Panther: Wakanda Forever’
By Bustle Editors
The 50 Most Powerful Characters In The Marvel Universe, Ranked
By Johnny Brayson and Nola Pfau
Lin-Manuel Miranda & Tituss Burgess React To 'Little Mermaid' Casting Backlash
By Radhika Menon
Twitter Is Unravelling Over Wolverine’s Return For 'Deadpool 3'
By Darshita Goyal
Get Even More From Bustle — Sign Up For The Newsletter

This article was originally published on July 11, 2014