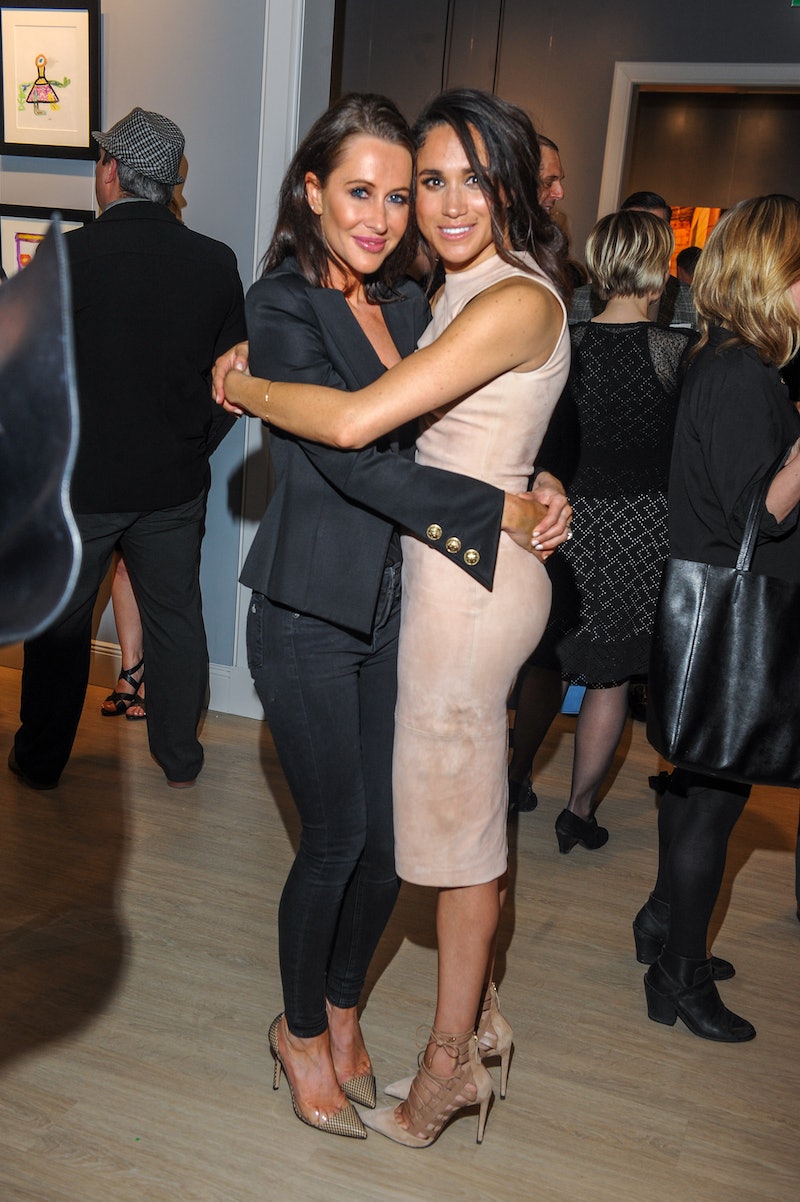 As the chorus of defenders continues to grow louder, Meghan Markle's friends Abigail Spencer and Jessica Mulroney supported their longtime friend. Days before, in the lead-up to Meghan and Prince Harry's Oprah interview, Buckingham Palace had announced its investigation into bullying claims made by two former personal assistants. (Her rep said in a statement that the former Suits actor is "saddened" by the "latest attack on her character.") Her friends, however, had her back, and each shared a glowing Instagram post about the Duchess of Sussex.

Spencer, who co-starred in Suits, shared a story in a lengthy March 5 Instagram caption about a time she introduced Meghan to childhood friends in 2015. Recounting the meeting, she praised her royal friend for "disarming" her visitors "with her charm and genuine curiosity," adding that she was "touched" by her warmth. "By this point I had known and worked with Meg for years. She's what I'd call 'an on-call friend.' At the ready," Spencer wrote. "She's modeled nothing but generous professionalism on sets and an even more generous friendship in private. And on that night, she took my friends as her own."

The actor went on to add how "Meg" had taught her everything from the "power of a handwritten note" to the "loveliness of surprise flowers," continuing, "She's been there for me — and physically held me — in my darkest hours: After my dad died. After a gut wrenching break up she brought me into her home & nursed me back to health. ... She's always been a safe harbor for me, someone I can fall apart in front of... and with. And I have."

The same day, longtime friend and stylist Jessica Mulroney posted her own message of support, sharing that she doesn't know that anyone "has ever had to deal with the pressure, the politics and the press" like Markle. "In the face of it all, I have never seen her waver from kindness, empathy and love," she captioned her Instagram photo.

Earlier in the week, Markle had also received messages of support from everyone from former co-workers, such as onscreen Suits husband Patrick J. Adams, to Hollywood stars, including Chrissy Teigen, Gabrielle Union, Chance the Rapper, Jameela Jamil, Chrishell Stause, and Janina Gavankar.

Clearly, Markle's friends aren't the only ones who have her back — but they're certainly not going to remain silent amid hurtful accusations.