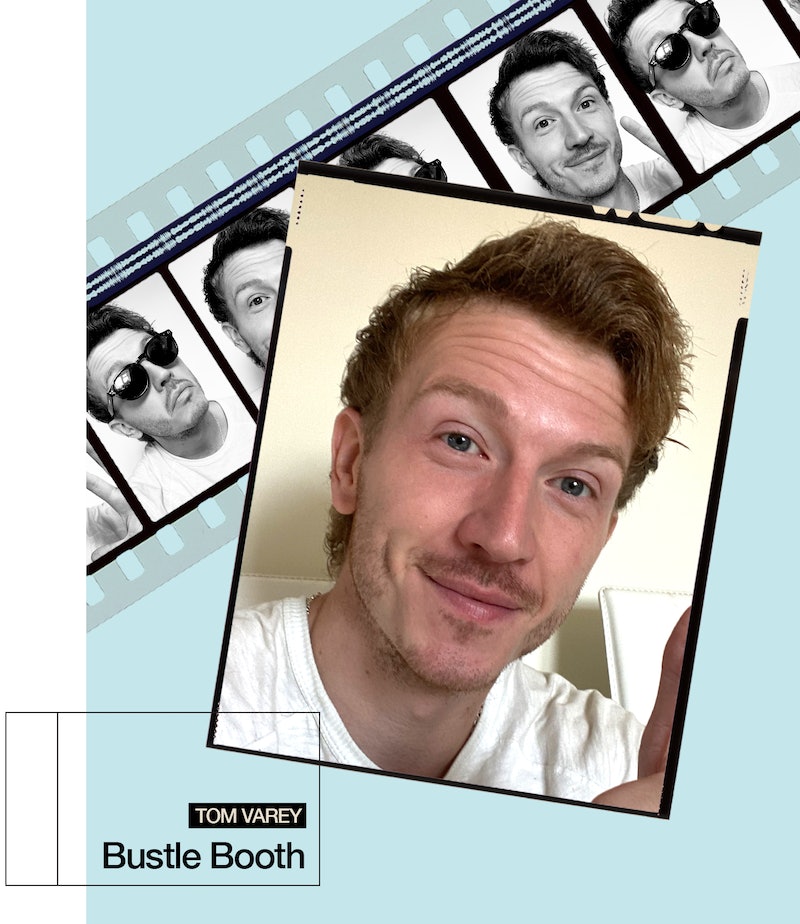 Tom Varey, known for his performances in Pond Life, No Offence, and Game of Thrones, spent the early weeks of the pandemic combining two popular lockdown pastimes: marathoning Tiger King and picking up a creative at-home hobby. “Joe Exotic inspired me to revisit my love of painting. I had this urge to paint his face on a canvas,” the actor reveals to me over Zoom from his London flat.

In between episodes of the Netflix hit, Varey was also busy preparing for his latest role in the BBC’s Ridley Road. Adapted from Jo Bloom’s 2015 debut novel of the same name, the drama revolves around the sinister rise of far-right fascism in swinging sixties London.

Varey portrays the character of Jack Morris, a member of a coalition of Jewish men known as the 62 Group who work to confront rising neo-Nazism in post-war Britain, spearheaded by Colin Jordan and the National Socialist Movement (NSM). “He’s quite a mysterious lone-wolf character and very loyal to the cause of the 62 Group. Jack’s passion for fighting against fascism is the same as how I feel about it today,” Varey says of his latest role.

Varey stars in the Sarah Solemani-penned series opposite the likes of Rory Kinnear, Eddie Marsan, Tracy Ann Oberman, and Agnes O’Casey. Although the actor’s time on-set was affected by Covid-19 restrictions, he still recalls his action-packed filming experience as being a total “joy.”

“My character is up for a scrap, so there was a lot of stunts and choreographed fighting. By the end of each day, I’d be absolutely shattered. I definitely earned my sleep,” he shares.

Long before his Ridley Road days, a 10-year-old Varey found early inspiration in the works of Jim Carrey, specifically Ace Ventura: Pet Detective, which led to his enrolment in a local drama club. “He [Carey] had a really elastic face and I sort of was mesmerised by it,” the actor recalls.

However, Miloš Forman’s One Flew Over the Cuckoo's Nest was the deciding factor in Varey’s pursuit of a career in acting. “When I saw that for the first time I was completely sold. I was like ‘whatever these guys are doing, I want to do it.’”

As for the future, Varey isn’t afraid of a challenge and hopes to find roles that require him to “learn a new skill” of some kind. “Perhaps a rom-com or a musical?” he adds.

Cappuccino with a shot of caramel- sorry!

“I'm in a glass case of emotion” — Anchorman

Succession, always, it's the best.

The SAS one! [Channel 4’s SAS Who Dares Wins]

“Snap Out Of It” Arctic Monkeys or anything by Robbie Williams.

That I was kind and not bad at football — is that cringe?