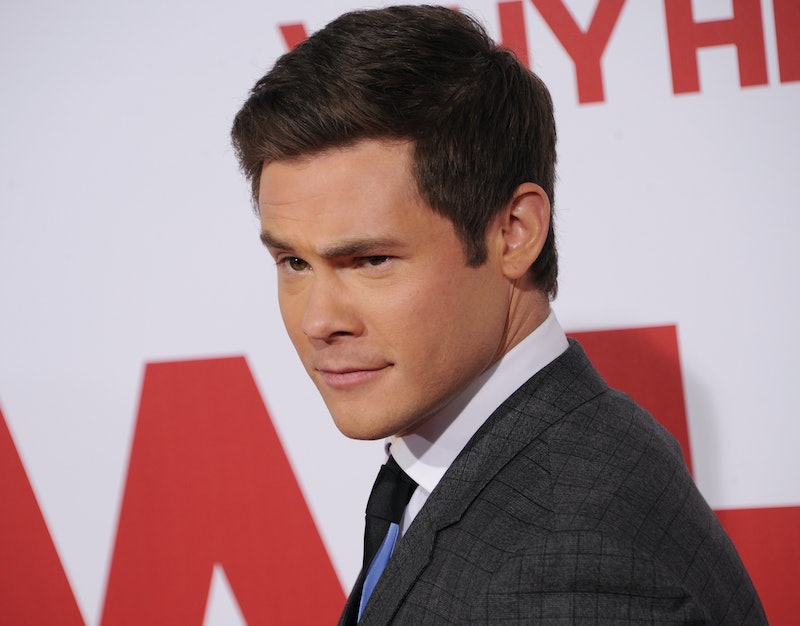 What’s in a name? Well, a lot, when you’re one letter away from a celebrity cheating scandal. After married father of two Adam Levine admitted he “crossed the line” with “inappropriate” private messages to another women, similarly named Pitch Perfect actor Adam Devine reminded the public at large that he and the Maroon 5 frontman are, in fact, not the the same person.

“Just want to post this and say that my wife [Chloe Bridges] and I are doing great and going strong,” Devine hilariously captioned a Sept. 23 couple’s photo on Instagram. “I am not Adam Levine. He’s a different guy and a worse singer. We are however naming our future baby Sumner.”

Among the multiple celebrities who seemed to appreciate the The Righteous Gemstones star’s comedic response were Alexandra Daddario, Nina Dobrev, Whitney Cummings, Shane West, Jaleel White, Andrew “King Bach” Bachelor, Ryan Tedder, Chanel West Coast, and Melissa Villaseñor. “I was like, ‘how out of character for him,’” Daddario commented, while Cummings wrote, “Hahahaha! Hahahaha! Oh god I know you’ve been waiting for this day to come.” Tedder, for his part, also joked, “I need you to stop DMing me dick pics bro. So 2014.”

In case you missed it, the last line of the actor’s post referred, of course, to screenshots of Levine’s alleged Instagram DMs that Instagram model Sumner Stroh shared on TikTok on Sept. 19, particularly one in which he reportedly asked if he could name his and expectant wife Behati Prinsloo’s unborn child after her. Reading the alleged message from June 2022 aloud in a video, the model explained, “He said, ‘OK, serious question. I’m having another baby and if it’s [a] boy I really wanna name it Sumner. You ok with that? DEAD serious.’”

That particular DM arrived in Stroh’s inbox after she’d already cut off communication with the former coach on NBC’s The Voice, she said. In an interview with Page Six, she further elaborated that their alleged affair took place when she graduated college in 2021. When asked whether it was sexual or just emotional cheating, the model claimed she had a “physical” relationship with the rocker, but hadn’t “spoken to him in months.”

In a follow-up TikTok video after her initial claims, Stroh insisted that she was “under the impression” that Levine’s “marriage was over,” adding, “I believed they were keeping it quiet to avoid the negative press because, as I said, I was new to LA. So I just assumed that with celebrities of that caliber, that’s just how it was.” Once she realized “that was not the case,” Stroh said she “cut things off with him.” She also explained that her reason for initially coming forward was that a friend was trying to sell the affair story to an unnamed “tabloid” that reached out to her for comment.

After the story broke, Levine denied Stroh’s cheating allegations, though he did admit to some wrongdoing. “A lot is being said about me right now and I want to clear the air,” the rocker wrote in a Sept. 20 Instagram story. “I used poor judgment in speaking with anyone other than my wife in ANY kind of flirtatious manner. I did not have an affair; nevertheless, I crossed the line during a regrettable period in my life.”

He continued, “In certain instances it became inappropriate; I have addressed that and taken proactive steps to remedy this with my family. My wife and my family is all I care about in this world. To be this naive and stupid enough to risk the only thing that truly matters to me was the greatest mistake I could ever make. I will never make it again. I take full responsibility. We will get through it. And we will get through it together.”

Since Stroh came forward with her story, however, two more women accused Levine of sending them flirty messages. Though the “She Will Be Loved” singer has yet to address those new claims, it’s obvious why Devine very much wants to be excluded from this narrative.

More like this
Michelle Obama Opened Up About The "Discord And Discomfort" Of Marriage
By Stephanie Topacio Long
Chris Moyles’ Partner Supports Him In The Sweetest Way
By Darshita Goyal
Who Is Pete Davidson Dating? He "Courted" Emily Ratajkowski At A Knicks Game
By Jake Viswanath
Ben Platt & Noah Galvin's Engagement Announcement & Photos Are So Romantic
By Stephanie Topacio Long
Get Even More From Bustle — Sign Up For The Newsletter