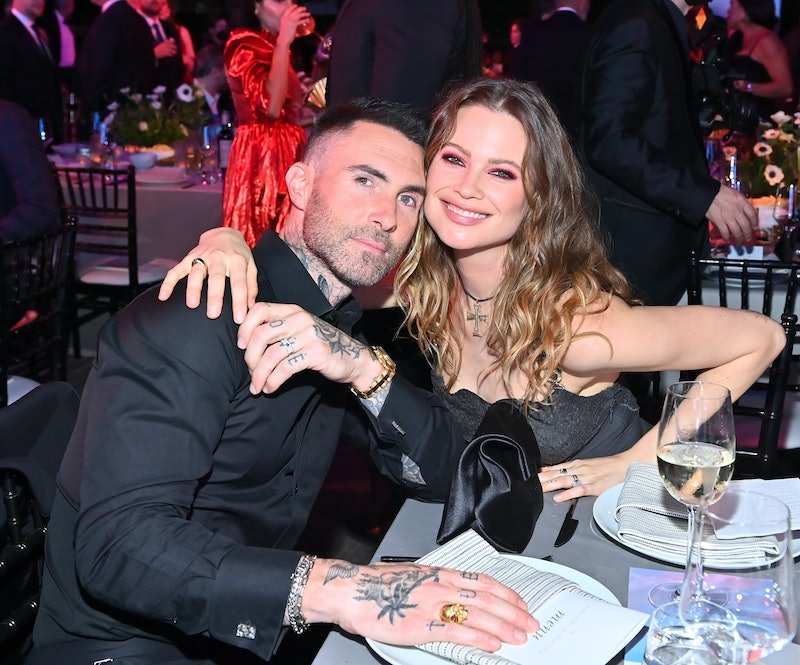 Adam Levine has denied claims that he cheated on his wife Behati Prinsloo and had an affair with Instagram model Sumner Stroh. However, he admitted that he “crossed the line” with Stroh, who alleged that she had an affair with the Maroon 5 frontman in a TikTok video posted on Sept. 19. The day after she made the claims, Levine took to his Instagram story to share his side, saying things got “inappropriate” between the two but never turned into physical cheating.

“A lot is being said about me right now and I want to clear the air,” 43-year-old Levine wrote in a statement on Sept. 20. “I used poor judgment in speaking with anyone other than my wife in ANY kind of flirtatious manner. I did not have an affair, nevertheless, I crossed the line during a regrettable period of my life. In certain instances it became inappropriate; I have addressed that and taken proactive steps to remedy this with my family.”

Stroh, 23, seemingly reacted to Levine’s statement later that day, cryptically writing a brief message on her Instagram story that read: “Someone get this man a dictionary.”

Levine has been married to Prinsloo since 2014 and shares two daughters with the Victoria’s Secret model, 5-year-old Dusty Rose and 4-year-old Gio Grace. On Sept. 15, just days before Stroh made the cheating allegations, Prinsloo announced that she was pregnant with her and Levine’s third child.

Stroh accused Levine of cheating on Prinsloo with her in a TikTok video, sharing screenshots of alleged DMs between them. “Essentially, I was having an affair with a man who's married to a Victoria's Secret model,” she said. “Maroon 5 is practically elevator music at this point, so I’m sure you know who Adam Levine is.” She went on to claim that after cutting off communication with Levine, he DMed her again in June 2022 to ask if he could name his upcoming child after her. “He said, ‘OK, serious question. I’m having another baby and if it’s [a] boy I really wanna name it Sumner. You ok with that?’ DEAD serious,’” she explained, reading the alleged message aloud.

In a separate interview with Page Six, Stroh claimed that the affair happened “last year” and they had a “physical” relationship, noting that she hadn’t spoken to Levine in months. In a follow-up TikTok video, Stroh insisted that she was “under the impression” that Levine’s marriage was over and “keeping it quiet to avoid the negative press.” She has yet to respond to Levine’s statement.

Levine concluded his statement by publicly committing to making things right with Prinsloo. “My wife and my family is all I care about in this world,” he wrote. “To be this naïve and stupid enough to risk the only thing that truly matters to me was the greatest mistake I could ever make. I will never make it again. I take full responsibility. We will get through it. And we will get through it together.”

Since Stroh’s accusations, two more women are coming forward claiming they received inappropriate messages from the rock singer. A woman named Alyson Rosef posted two now-deleted TikToks with screenshots of another alleged flirtatious conversation with Levine. “I shouldn’t be talking to you you know [that] right 😤?” one message reportedly read, while another exchange appeared to include a back-and-forth about Rosef’s interest in metal music. “I’m so weird too and only listen to metal,” her message said, with Levine replying, “Said no hot chicks ever other than you.” Rosef claimed to have more evidence but was choosing not to post it because it was “not appropriate” and she wasn’t “comfortable posting everything” he had sent her.

A third woman named Maryka also posted an alleged conversation with Levine to her Instagram Story where he DMed her, “distract yourself by f*cking with me!” Maryka’s Story has also been since deleted and Levine has not commented on Rosef or Maryka’s allegations.

This article was originally published on Sep. 20, 2022