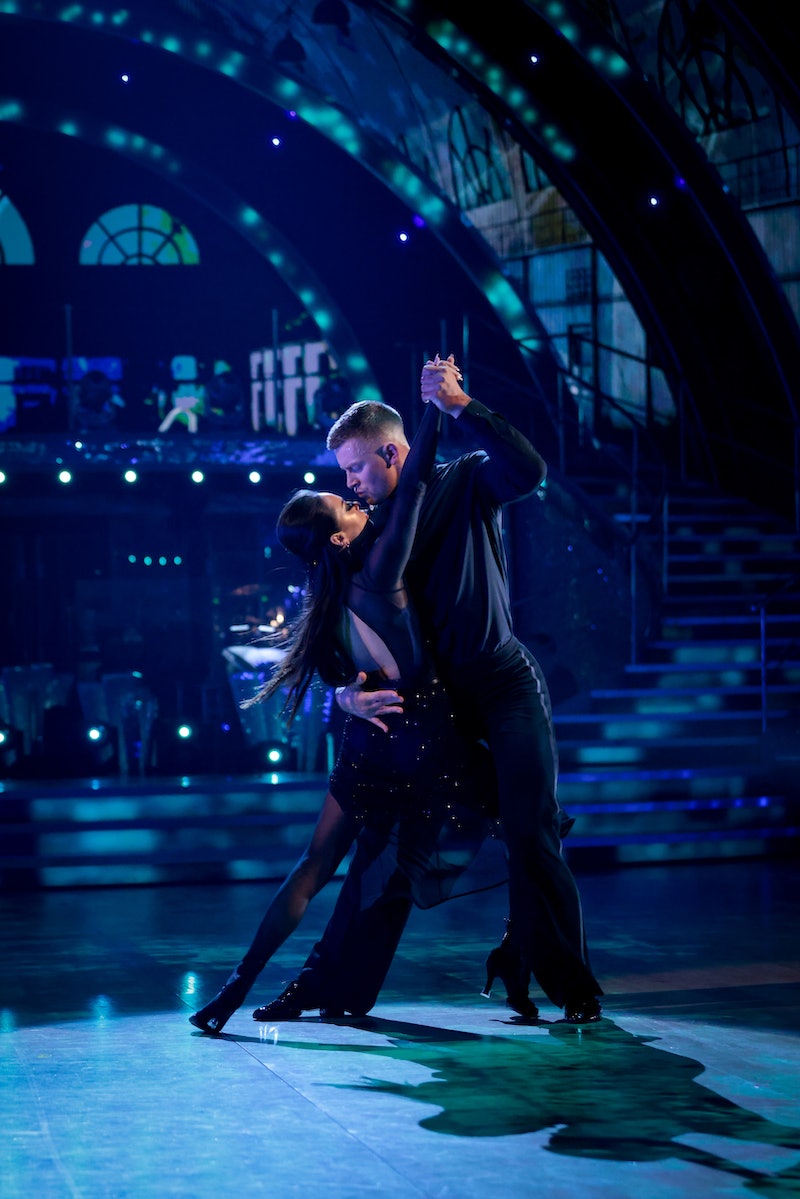 Adam Peaty’s partner Eirianedd Munro has offered a follow up response to the backlash about the tango performed by the Olympic swimmer and his Strictly Come Dancing partner Katya Jones on October 16.

Speaking to The Mirror yesterday (October 27), Munro said, “I have been receiving a lot of hate on the internet – people saying really horrible stuff. I am trying to lay it to rest now as I am tired.”

She also posted a TikTok video in which she said, “I want to say thank you to everyone. It makes me a bit emotional. To everyone that has been really nice to me. Because last week was a lot.”

Munro – a 23-year-old artist from Wales – went on to tell her followers, “Even when it’s a thousand nice comments and one mean one, it’s so easy to feel like the world is against you and it did feel like that for a while. I then had a reality check and I remembered that I am not that important. But you guys made me feel so much better, those that were checking up on me and those that were commenting. Thank you.”

Some Strictly viewers were convinced that a kiss almost took place between Peaty and Jones after their tango performance. The night the episode aired, Munro offered a light-hearted response via TikTok.

In a video that has now been liked more than 800k times, Munroe – who shares a son with the Olympian – pokes fun at the commentary. We see her fake crying with a sound bit of a baby in the background. The on-screen caption reads, “Watching your boyfriend almost kiss another woman on live tv, finding out 10 million people also watched it live.”

Peaty, on the other hand, took a more serious approach to tackling the gossip. In a statement on Instagram and Twitter the day after his performance, the swimmer said the tango was his “favourite dance so far” and he thanked fans for their supportive messages.

The Olympian went on to add, “To everyone who wants to see what they want, your comments have real life consequences. I will not be overcome or lowered by your gossip. Protect your energy.”

Peaty, 26, met Munro, 23, while training at Loughborough University, where she was a student at the time. Munroe graduated with a BA in Fine Art in July this year while Adam was in Tokyo fir the 2021 Olympics. The pair often share snaps of each other and their son George-Anderson Adetola Peaty on Instagram. In a post uploaded during the Tokyo Olympics, Munroe wrote alongside a picture of Peaty, “I am so so SO PROUD of him. I wish I could be there to support and celebrate these monumental life moments with my boo, I just have to hope he feels all the love we’re sending from the other side of the world.”

Now in its sixth week, Strictly 2021 has seen stars build stronger relationships with their professional partners, which has resulted in lots of online commentary. As well as Peaty and Jones, Tilly Ramsay and her professional partner Nikita Kuzmin have also been at the centre of rumours about the Strictly “curse” – a phenomenon in which professional dancers and their star partners become romantically involved after appearing on the show together.

This article was originally published on Oct. 18, 2021