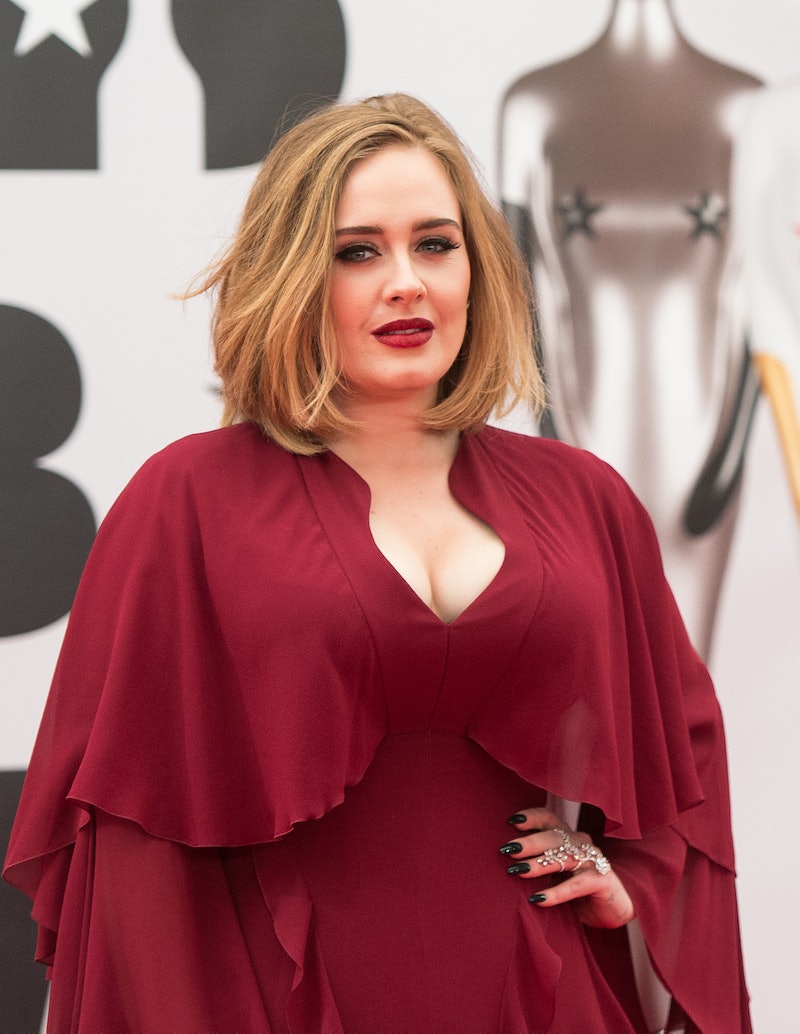 Adele’s new album will arrive next month, and it sounds like it’s going to be more emotional and vulnerable than fans originally expected. During an Oct. 18 interview on Australia’s radio show Carrie & Tommy, the “Hello” singer said that one particular track on the album, which is about her nine-year-old son Angelo, will feature a real voicemail that the singer left a friend during a panic attack.

“It’s in the song about my son, it’s at the end, in the outro. I was really frightened,” Adele told hosts Carrie Bickmore and Tommy Little. “I was having an anxiety attack and I called my best friend to try to talk to her to calm me down but she didn’t bloody answer.” The 33-year-old singer added that the track is about “putting on that brave face” for her son — especially amid her divorce from ex-husband Simon Konecki.

Adele and Konecki announced that they were separating in April 2019 after nine years together. In March 2021, their divorce was finalized. The former couple has managed to successfully co-parent their son, but that doesn’t mean the divorce didn’t take a toll on the singer’s mental health. “My divorce was long overdue and very exhausting,” she revealed, adding that her split from Konecki inspired much of the album.

Overall, Adele is hopeful that the song will give Angelo a better understanding of why his parents needed to go their separate ways. “So often mum is mum and dad is dad, and who they are outside that role is never really discussed in childhood. So it’s more that,” she explained. “And when he does get older he will understand, because life is going to hit him as well, of what I was going through.”

The “Send My Love” artist certainly could’ve used a song to help her understand her own parents’ divorce. Her mother and father split when she was a toddler, and according to Daily Mail, her father was mostly not in the picture until she became famous. Ultimately, Adele was unable to salvage her broken relationship with her father ahead of his death in May 2021, largely because he reportedly sold stories about his daughter to the tabloids.

“I think every parent or child or a parent who has had to be distant, emotionally, at some point in their lives, because of a separation... I could’ve bloody done with it when younger,” she said, adding that she now realizes the importance of music as a “comforter.” “I decided to go all in with this one [album], not only to heal myself but to maybe pass on any knowledge or tools that I might have learnt over the last few years. Because it’s been intense.”

Adele’s fans won’t have to wait much longer to hear the “intense” album in full. On Oct. 13, the singer shared the official 30 album artwork and revealed that it would be released on Nov. 19. “I was certainly nowhere near where I’d hoped to be when I first started it nearly 3 years ago,” she captioned the post. “Quite the opposite actually. I rely on routine and consistency to feel safe, I always have. And yet there I was knowingly — willingly even, throwing myself into a maze of absolute mess and inner turmoil.”

Before likening the album to a supportive friend, Adele admitted that she “shed many layers” but wrapped herself in new ones over the last few years. “I feel like I’ve finally found my feeling again,” she continued. “I’d go as far as to say that I’ve never felt more peaceful in my life. And so, I’m ready to finally put this album out.”

More like this
Everything To Know About Taylor Swift’s 10th Studio Album, 'Midnights'
By Grace Wehniainen and Jake Viswanath
Mariah Carey Is Releasing Her “Lost” '90s Grunge Album
By El Hunt
Lizzo Twerks While Playing James Madison's 200-Year-Old Crystal Flute Onstage
By Radhika Menon
Twitter Is Freaking Out Over Rihanna’s 2023 Super Bowl Halftime Show Announcement
By Stephanie Topacio Long
Get Even More From Bustle — Sign Up For The Newsletter