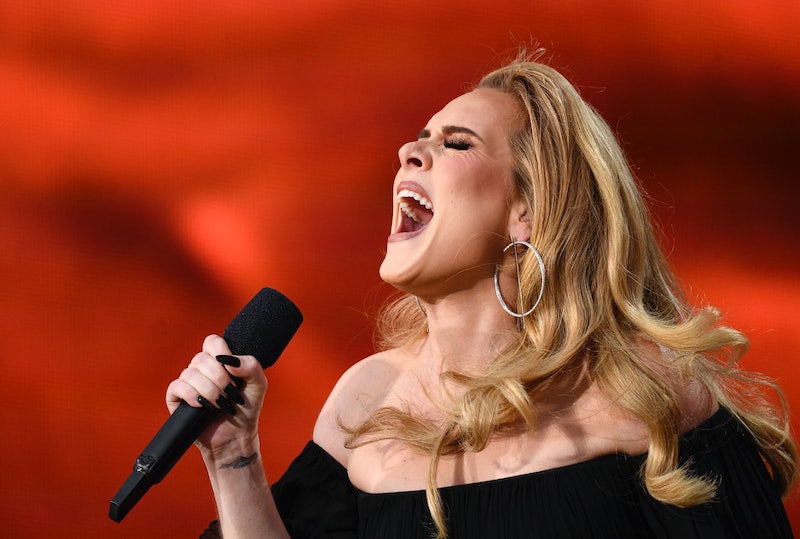 Adele wants her fans to go easy on themselves. At her long awaited Las Vegas residency, the British phenom has been taking time during the shows to thank her fans for sticking with her after she had to postpone the block of performances earlier this year. But when she recently tried to take a selfie with a fan in the audience, Adele was shocked to find that the fan was using a filter that altered her features.

“What have you done to my face?!” Adele says in a viral video in which she is seen leaning in to take a picture with a fan who was using a filter that thinned out their noses and jawlines. “Get that filter off my face!”

After the initial shock wore off, Adele sought to understand why the fan used the filter in the first place. “Why do you use filters like that? We don’t look like that, darling,” she said, lovingly. “I know,” the fan replied and quickly turned off the filter to get a proper snap with the singer before bursting into tears. The user @ilovejamyg, whose bio indicates she is a Playboy Playmate, nodded to the moment in her caption on Instagram writing, “She called me out and I was here for it. Lol literally speechless!”

Jamy G later responded to the moment to Bustle via her publicist with a positive attitude. “You never know what people are going through, and if a beauty filter can cheer someone up, I think that’s great,” the model said. “I am all about positivity and making people feel happy. I love that Adele kept it real. I think that’s a good life lesson, that being real can also be a good thing.”

Jamy G, who was crowned Playboy Playmate of the Year New Zealand 2022, added that she was feeling emotional about seeing the singer live after Adele’s music helped her get through a tough breakup. “Her album 21 really resonated with me. ... The power of music is such a fundamental tool to helping us process and heal through our emotions. And Adele’s music was particularly therapeutic to me during that time,” she said.

Adele’s residency has been met with both critical and fan love, and videos from the concerts have shown that the singer is having a blast bringing her music to life. In one viral post, Adele can be seen attempting the Megan Thee Stallion TikTok dance to her song “Water Under the Bridge,” while she posted about her emotions around performing in another.

Adele’s residency is running until March 25, 2023, at The Colosseum at Caesars Palace in Las Vegas. If you’re lucky enough to get tickets and say “hello” to the queen, just make sure you keep the filters off.

This article was originally published on November 30, 2022