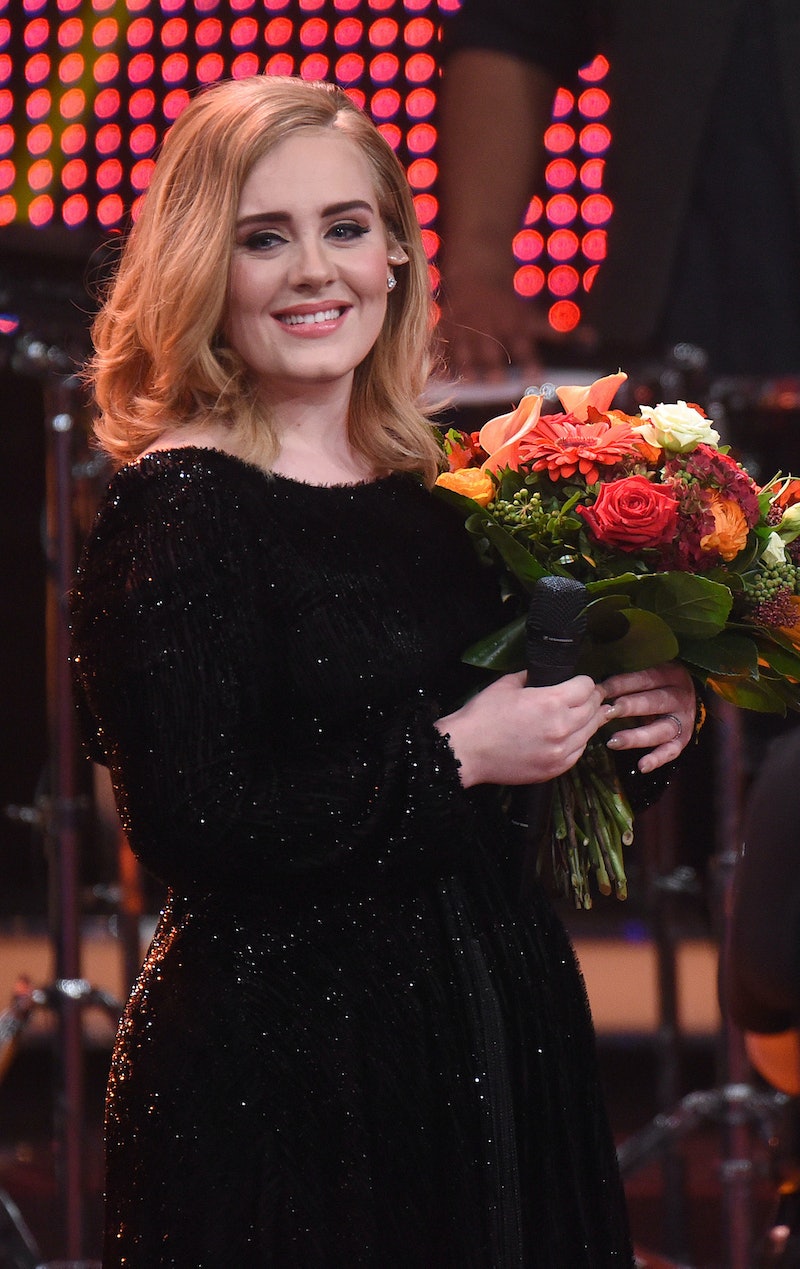 When Adele released 25 in 2015, she was happily married to Simon Konecki, and their son, Angelo, was still a toddler. Granted, we also hadn’t yet lived through Trump’s presidency or the ongoing global pandemic, and neither Billie Eilish nor Olivia Rodrigo had become a household name, let alone released any music. Needless to say, a lot has changed over the last six years. The 33-year-old singer is now divorced, and Angelo is now eight years old. After weeks of teasers, Adele has finally announced the release date for her new album, 30, which she says will narrate the events of her life since listeners last heard from her.

On Oct. 13, Adele took to social media to share the official 30 album artwork: a photo of the musician’s side profile and her first full-color album cover. Alongside the photo, she announced 30 would be released on Nov. 19, and she included an extended note that read, “I was certainly nowhere near where I’d hoped to be when I first started it nearly 3 years ago. Quite the opposite actually. I rely on routine and consistency to feel save, I always have. And yet there I was knowingly - willingly even, throwing myself into a maze of absolute mess and inner turmoil.”

She continued, “I’ve learned a lot of blistering home truths about myself along the way. I’ve shed many layers but also wrapped myself in new ones. Discovered genuinely useful and wholesome mentalities to lead with, and I feel like I’ve finally found my feeling again. I’d go as far as to say that I’ve never felt more peaceful in my life. And so, I’m ready to finally put this album out.”

Explaining that 30 has been her “ride or die” amid the “most turbulent” time in her life, referring to the personal hardships that inspired its creation, Adele likened the album to a generous, comforting, and supportive friend. “My wise friend who always gives the best advice. Not to forget the one who’s wild and says ‘It’s your Saturn return babes f*ck it, you only live once,’” she wrote, detailing that 30 provided a friendship that encouraged her to leave her home “for some vitamin D” at her lowest moments and practice self-care.

“And then that friend who no matter what, checked in on me even though I’d stopped checking in with them because I’d become so consumed by my own grief,” she concluded. “I’ve painstakingly rebuilt my house and my heart since then and this album narrates it. Home is where the heart is.”

Ahead of the album’s release, Adele’s new single “Easy On Me” will drop on Friday, Oct. 15. The complete tracklist for 30 is yet to be revealed, though a recent Vogue interview detailed the album features contributions from Max Martin, Shellback, Ludwig Göransson, Tobias Jesso Jr., Inflo, and Greg Kurstin.

Following the official announcement of 30, fans quickly got the hashtag #Adele30 trending on Twitter. “Adele is gonna have me crying over a divorce I’ve never had,” tweeted one fan. “Adele’s albums bring us along a personal nostalgic journey of her life and it feels so surreal to be on that same ride with her,” wrote another.

Below, check out more reactions from Adele’s fans on social media.

More like this
Twitter Is Freaking Out Over Rihanna’s 2023 Super Bowl Halftime Show Announcement
By Stephanie Topacio Long
Everything To Know About Taylor Swift’s 10th Studio Album, 'Midnights'
By Grace Wehniainen and Jake Viswanath
Mariah Carey Is Releasing Her “Lost” '90s Grunge Album
By El Hunt
‘RHOSLC’ Star Jen Shah’s Arrest & Legal Drama, Explained
By Brad Witter and Jake Viswanath
Get Even More From Bustle — Sign Up For The Newsletter