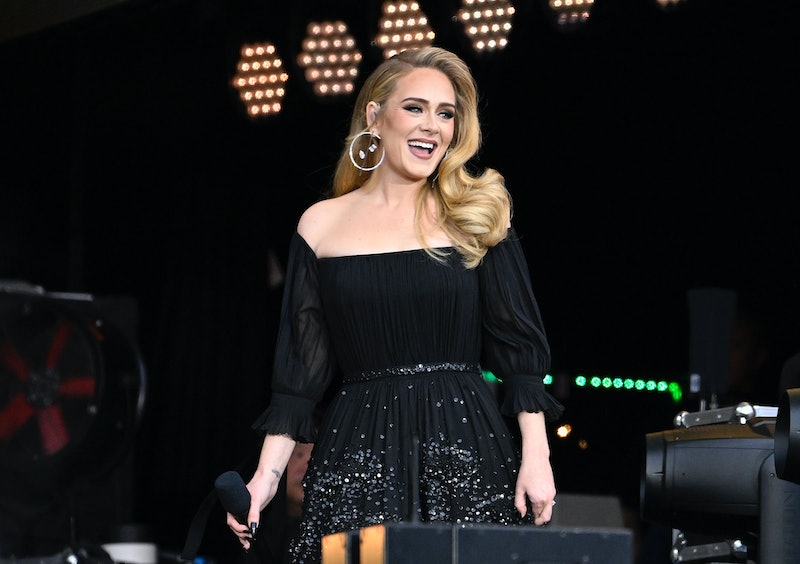 Adele has babies on the brain. On the July 3 episode of BBC Radio 4’s Desert Island Discs, the Grammy winner, who is mom to 9-year-old son Angelo, revealed that she would like to have more kids in the future. “I definitely would like a couple more kids. It would be wonderful if we can,” she said, nodding to her boyfriend Rich Paul, who she’s been dating for over a year.

However, she’s not feeling any pressure to rush as she’s more than happy with her son, whom she shares with ex-husband Simon Konecki. “If not, I've got Angelo,” she remarked. “I just want to be happy.” And being a mom has helped with that goal, stating that motherhood has changed her in “every single way — good, bad, strange.” “I love being a mom,” she said.

Luckily, it appears that her bond with Angelo is only growing, given that he might be following into her musical footsteps. During the interview, Adele revealed that her son “has just fallen in love with music,” to the point where analyzing songs has become one of their favorite past-times. “We sit down and have the most intense conversations about music,” she explained. “We listen to these songs together and we pick them apart, and when we're talking about it, he's like, ‘What do you think this means?’ I'm like, ‘I don't know. It could mean this, it could mean that.’ It's just heavenly.”

Adele has previously hinted at the possibility of expanding her family. During a February interview on The Graham Norton Show, the 34-year-old singer assured fans that her postponed Las Vegas residency would still happen in 2022 because she has “plans” for next year that may involve another child. “Imagine if I have to cancel because I am having a baby!” she teased.

Paul seems to be in agreement with her plans. In June, the 40-year-old NBA agent, who has three children of his own, hinted at having more kids with his famous girlfriend, saying he wants to be a “more patient dad” as he gets older. “As a young dad, growing a business, it was pretty tough,” he told E! in an interview. “But now looking as an older dad, if I was to have more kids, I'm looking forward to being a different dad.” Don’t be surprised to see a pregnancy announcement from the couple in the near future.

More like this
Leona Lewis & Husband Dennis Jauch Welcomed Their First Child
By Darshita Goyal
Who Is Camila Cabello Dating? She's Getting Cozy With Lox Club CEO Austin Kevitch
By Radhika Menon
Adele Just Spoke Out About The Real Reason She Cancelled Her Vegas Residency
By El Hunt
Beyoncé Is The First Woman To Have A No. 1 Album Since Adele Did Almost A Year Ago
By Radhika Menon
Get Even More From Bustle — Sign Up For The Newsletter