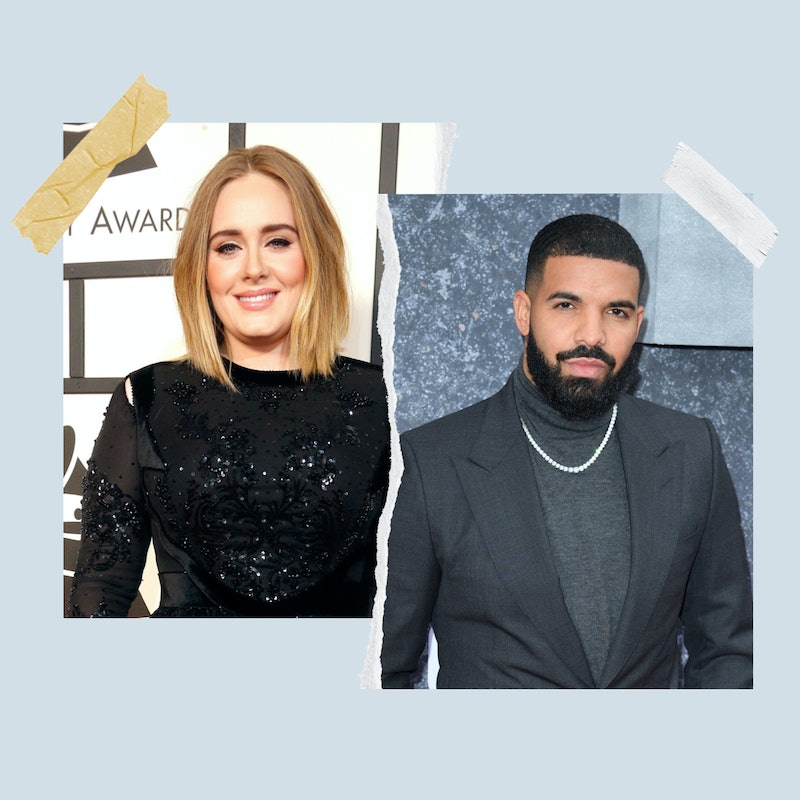 Adele’s new single “Easy On Me” arrived last week, and in roughly one month, her new album 30 will be out for all to hear. The songs will be new to most, if not all of us. However, there is one person who got to listen to the record long before anyone else: Drake.

While promoting the album and the release of “Easy On Me,” the 33-year-old pop star revealed on Capital Breakfast that she allowed Drake to listen to her album early, even though letting other people listen to her work before it’s officially out has never really been her jam.

“I played it to Drake last year when he was in town,” she revealed. “And I was like ‘is this what people want, or not want?’ And he said ‘absolutely’ but that’s it really.” The “Hello” singer went on to call the rapper “incredible and amazing” before explaining why she doesn’t usually ask for opinions about her music.

“I don’t send it around to various people being like ‘can I get your thoughts on this?” she continued. “It’s always about how it makes me feel, quality control is my forté, and I can write a song about my own experiences and my own life. People certainly aren’t waiting for a club banger from me.”

Adele’s new single may not be a club banger, but Drake is most definitely a fan. After “Easy On Me” was released on Oct. 15, the “One Dance” artist took to his Instagram Stories to give her and the song a shoutout, per TMZ. “One of my best friends in the world just dropped a single,” he wrote alongside a photo of the pop star.

While it’s unclear when exactly they became such close friends, fans of the “Someone Like You” singer are most likely jealous that the rapper got to listen early. Fortunately, they won’t have to wait much longer. On Oct. 13, Adele shared the official 30 album artwork, which is a full-color image of her side profile, and revealed that it would be out on Nov. 19.

“I was certainly nowhere near where I’d hoped to be when I first started it nearly 3 years ago,” she captioned the post. “Quite the opposite actually. I rely on routine and consistency to feel safe, I always have. And yet there I was knowingly — willingly even, throwing myself into a maze of absolute mess and inner turmoil.”

Before likening the album to a supportive friend, Adele admitted that she “shed many layers” but wrapped herself in new ones over the last few years. “I feel like I’ve finally found my feeling again,” she continued. “I’d go as far as to say that I’ve never felt more peaceful in my life. And so, I’m ready to finally put this album out.”

More like this
Everything To Know About Taylor Swift’s 10th Studio Album, 'Midnights'
By Grace Wehniainen and Jake Viswanath
How To Apply For 'Survivor' & Tips On How To Get Cast
By Meg Walters
Here’s Everything You Need To Know About Operation London Bridge
By Bustle UK
10 Photos Of William, Harry, & Their Cousins Honoring The Queen Together
By Stephanie Topacio Long
Get Even More From Bustle — Sign Up For The Newsletter