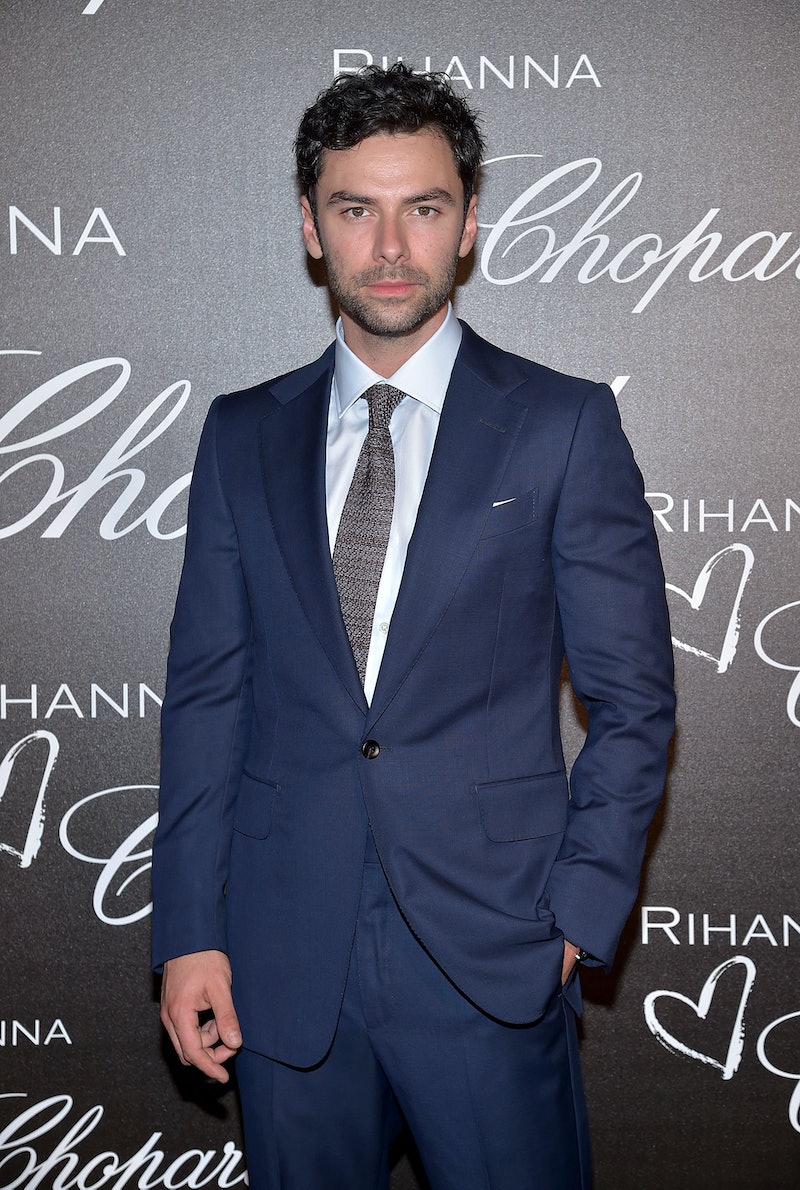 Aidan Turner may have risen to fame as the swoon-worthy Captain Ross Poldark, but the actor is straying away from his period drama roots to dazzle viewers in a new ITV thriller. In ITV’s upcoming drama The Suspect, Turner plays a criminal psychologist who may potentially have something to do with a young woman’s death. It’s a pretty dark role for the actor, but did he have a significant other to turn to during filming? Here’s what we know of his life away from the screen.

Turner is in fact married to Succession’s Caitlin Fitzgerald and share a child together. The pair met whilst filming The Man Who Killed Hitler & Then The Bigfoot in 2017, and after dating for three years, the pair secretly married in Italy in August 2020, but details of their nuptials didn’t emerge until March 2021, according to the Daily Mail. A year later, it was rumoured that Turner and Fitzgerald had their first child after being spotted with a pram.

During an interview with The Times in August 2022, Turner confirmed that both rumours were indeed true. However, he didn’t divulge any more information than that, other than his baby isn’t the best sleeper. “The sleepless nights are a real thing. There’s a huge shift for sure,” he said. “I think every man will understand what I mean by that.”

Turner’s first public relationship was with fellow Irish actor Charlene McKenna, whom he dated for two years until 2009 after they met on the set of the film Porcelain. Turner then briefly dated his Being Human co-star Lenora Crichlow for two years until 2011. A year later, the actor started dating another Irish actor, this time Sarah Greene. Although they are both in the spotlight, the couple kept many details of their relationship private. They met in college at the Gaiety School of Acting in Dublin, where Turner graduated in 2004 and Greene in 2006.

They were together for quite some time but ended their relationship in 2015. Turner suggested that maybe dating people in the acting business wasn’t a great idea for him. “You go home, talk about casting directors, you talk about the press, you talk about the next job you’re doing — it can become quite dull and taxing,” he told the Irish Mail on Sunday’s TV Week in 2016.

Shortly after breaking up with Greene, Turner was linked to London-based pencil artist Nettie Wakefield. The pair dated for a while but reportedly split a year later, per The Sun.

More like this
Twitter Is Burning As Phoebe Dynevor Reveals Daphne’s 'Bridgerton' Exit
By Sophie McEvoy
Turns Out George Clooney Is A Huge Fan Of This Classic British Game Show
By El Hunt
Everything To Know About The 'Daisy Jones & The Six' TV Series
By Maxine Harrison and Brad Witter
Adam Ali Hopes 'Waterloo Road' Will “Subvert” Queer Misconceptions
By Sam Ramsden
Get The Very Best Of Bustle/UK
Sign up for Bustle UK's twice-weekly newsletter, featuring the latest must-watch TV, moving personal stories, and expert advice on the hottest viral buys.

This article was originally published on Dec. 16, 2014