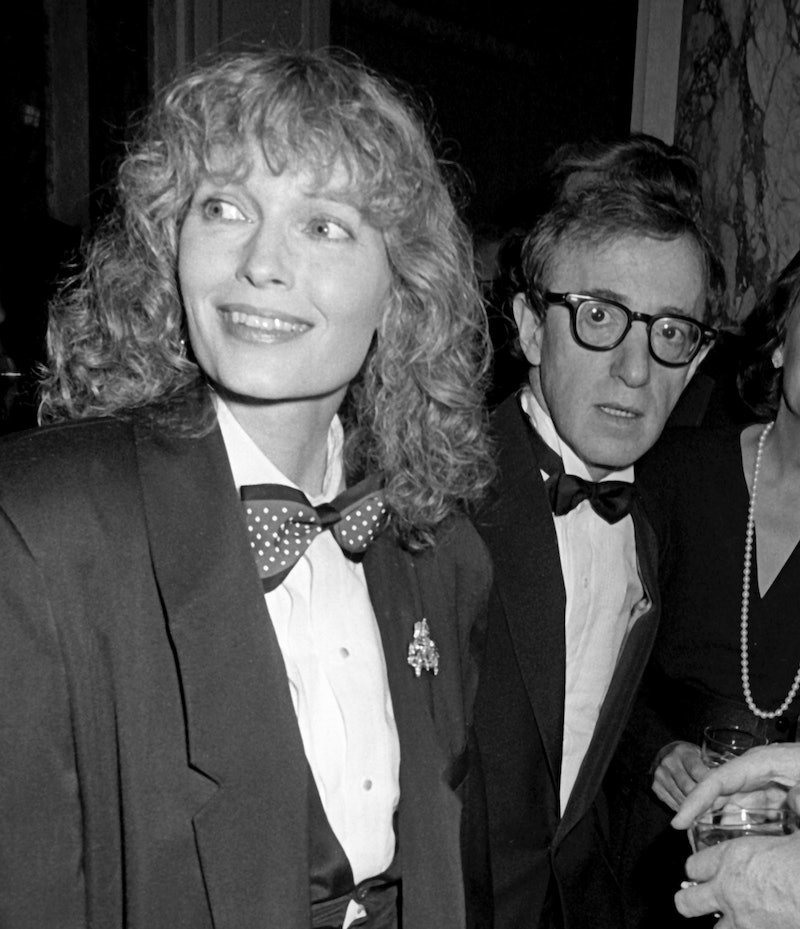 If you've binge-watched your way through the NXIVM cult docuseries The Vow or the Golden State Killer investigation in I'll Be Gone in the Dark, a scandalous new series from HBO is on the way. According to The Hollywood Reporter, Allen v. Farrow will take viewers inside the sexual abuse allegations Dylan Farrow made against her adopted father, Woody Allen.

The first episode of the four-part series from Oscar-nominated filmmakers Kirby Dick and Amy Ziering airs on Feb. 21 at 9 p.m. Allen v. Farrow was reportedly filmed "in secret" and chronicles Dylan's 1992 allegations that Allen molested her as a child. THR reports that the show features "revelatory" "new investigative work," including court documents, police evidence, and never-before-heard audio clips and home videos. Viewers can also expect exclusive interviews with Mia, Dylan, The New Yorker journalist and brother Ronan Farrow, family friend Carly Simon, prosecutor Frank Maco, and a collective of other eyewitnesses and experts.

Allen's career as an Oscar-nominated writer/director has long been tainted by the decades-old allegation and his controversial marriage to Farrow's adopted daughter, Soon-Yi Previn. (Previn, Allen, and Moses Farrow, one of the former couple's adopted children, opted not to participate in the project.) In 1992 — the same year Dylan first made her accusation — Mia and Allen split after 12 years and 13 movies made together. Within that same time period, Mia found naked photos of a then 21-year-old Previn in Allen's (then 56) apartment. The divorce made headlines and led to a bitter custody battle. Allen has denied the sexual abuse allegations and was never formally charged.

"Our objective is never about the perpetrator," Ziering told The Times. "It’s more about all of us understanding these crimes, understanding the way we are all complicit to these crimes and I do mean all of us, both wittingly and unwittingly. It’s also about how do you talk about something that happens all the time in America and no one feels comfortable talking about? This isn’t the full exploration of that. It’s one way to get people to start thinking about that."