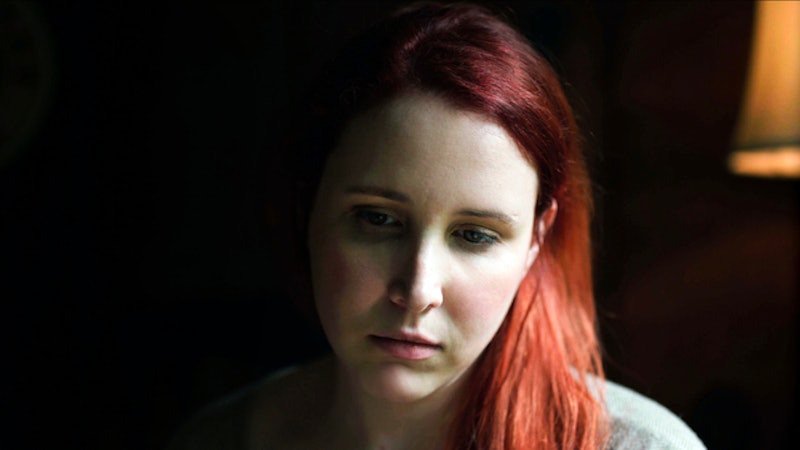 Content warning: This piece includes discussion of sexual assault and child abuse. When filmmakers Amy Ziering and Kirby Dick set out to make Allen v. Farrow, they wanted to uncover the truth of what happened between director Woody Allen, his ex-partner Mia Farrow, and Mia’s daughter Dylan Farrow, who alleges that Allen sexually assaulted her when she was 7. (Allen denies Farrow’s claim.) “We sought the truth,” Ziering told Deadline. “Woody has put out this side, which we looked at carefully and interrogated and investigated and attempted to corroborate.” They wanted to present a “solid case of facts” for the public to examine for themselves.

Throughout the show’s four episodes, they’ve interviewed new witnesses and brought to light new revelations. The series’ lead investigator, journalist Amy Herdy, was able to access previously sealed documents regarding Allen and Mia Farrow’s custody case, and what resulted was a “cornucopia of material” that was never made available to journalists because “again, Woody Allen controlled it,” Dick told Deadline.

Because Allen v. Farrow was always intended to be four parts, it seems unlikely that it will ever return for Season 2. But Dick said that they’ve already achieved what that they set out to do, which was paint a full picture of how and why the Allen and Farrow saga unfolded like it did. “One of the reasons we actually made this series [was] because we wanted to examine the power of celebrity and how celebrity can, at times, control the media,” he explained, adding that while every viewer will have to make up their own minds about the allegations at the end of the show, to him, “the weight of evidence is very, very strong in Dylan’s favor.”

However, it’s unclear if Dylan has any legal recourse at this point. In the final episode, former Connecticut District Attorney Frank S. Maco says that the Farrows’ case against Allen “for all practical purposes, ended with my decision in September 1993.” While he found probable cause to pursue criminal charges against Allen in the state of Connecticut, interviews with the young Dylan proved that she would likely “completely freeze” if put on the stand. To avoid traumatizing her further, Maco decided not to move ahead with a prosecution.

Furthermore, The Guardian notes that under Connecticut law in 1993, Farrow only had until age 20 to file criminal charges against Allen. At 35 years old, Dylan likely cannot reopen the criminal case, but she could possibly pursue a civil charge — which typically comes with intense media scrutiny when a celebrity is involved.

Regardless of what Dylan chooses to do from here, Allen v. Farrow makes the benefit of continuing to share her story plain. Dylan published an account of her experience on Feb. 1, 2014 as a New York Times blog post. Dylan's brother Ronan then backed up her allegations in a guest column for The Hollywood Reporter. In the following years, celebrities like Greta Gerwig, Selena Gomez, and Timothée Chalamet have apologized for working with Allen, with Chalamet even donating his salary from A Rainy Day in New York to the #TimesUp movement in 2018.

Near the end of the series, Allen v. Farrow also widens the scope beyond the Farrows to illuminate why the public needs to continue to hold powerful men like Woody Allen accountable. Richard Gardner’s Parental Alienation Syndrome was popularized as a defense strategy during Allen’s case, and it’s since been used extensively in family courts. As the docuseries explains, because of Gardner’s now widely accepted alienation theory (the evidence for which was never peer reviewed), every year an estimated 58,000 children have to have unsupervised contact or live with a parent who has been accused of abuse. This has led to increased rates of child abuse, along with an increase in suicide attempts and mental health crises among children of divorced parents, psychologist Joyanna Silberg explains in the finale. “The long term impact is devastating,” she says.

It’s a sobering note to end on, but on the heels of the #MeToo movement, it’s a reminder that there are still countless sexual abuse survivors who don’t feel comfortable enough to speak out. Allen v. Farrow argues that continuing to keep the issue in the public forum helps to sustain an open dialogue that could empower more survivors to share their stories, too. “It feels isolating to be a survivor of sexual abuse,” Dylan says at the end. “It doesn’t go away. It doesn’t vanish overnight. It’s a lifelong sentence.”