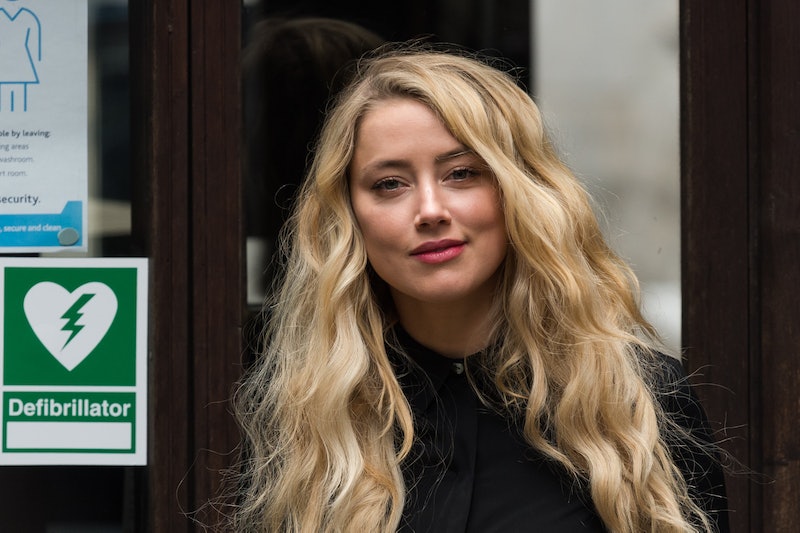 Amber Heard is continuing to speak out after losing her defamation trial against Johnny Depp. In the second part of Heard’s interview with TODAY, which premiered on June 15, she revealed that she was “scared” of being silenced by Depp, after being asked if she feared being sued by the actor once again. “I’m scared that no matter what I do, no matter what I say or how I say it, every step that I take, will present another opportunity for sort of silencing,” she said, “which is what I guess a defamation lawsuit is meant to do. It’s meant to take your voice.”

On June 1, following a six-week trial in Virginia, the jury awarded Depp $15 million in his lawsuit against Heard, ruling that he was defamed by the Aquaman star’s 2018 Washington Post op-ed in which she called herself a domestic abuse survivor, despite her not naming Depp directly in the essay. In return, Heard was awarded $2 million in damages, with the jury agreeing that a statement from Depp’s former lawyer was also defamatory. However, the Pirates of the Caribbean star was otherwise cleared of Heard’s claims that he defamed her after launching an online smear campaign against her and calling her allegations a hoax.

During the interview, Heard was adamant that her op-ed was never about her relationship with Depp. “What the op-ed was about was me loaning my voice to a bigger conversation that we were having at the time,” she said, referring to the #MeToo movement. “It was important for me to not make it about him or to do anything like defame him. I had lawyers, teams of lawyers, review all the drafts of this.” When asked by TODAY host Savannah Guthrie if she had wanted to “cancel” Depp, she responded, “Of course not.”

After the verdict was announced, Heard expressed her dismay in a statement. “The disappointment I feel today is beyond words,” she wrote. “I’m heartbroken that the mountain of evidence still was not enough to stand up to the disproportionate power, influence and sway of my ex-husband.” Meanwhile, Depp celebrated the verdict in his own statement. “Speaking the truth was something that I owed to my children and to all those who have remained steadfast in their support of me,” he said in part. “I feel at peace knowing I have finally accomplished that.” Heard’s lawyers have said that she plans to appeal the verdict,

Despite everything she and Depp have been through, Heard concluded her interview by stating that she still “has love” for the actor. “I love him,” she said. “I loved him with all my heart, and I tried the best I could to make a deeply broken relationship work, and I couldn’t. I have no bad feelings or ill will toward him at all.”