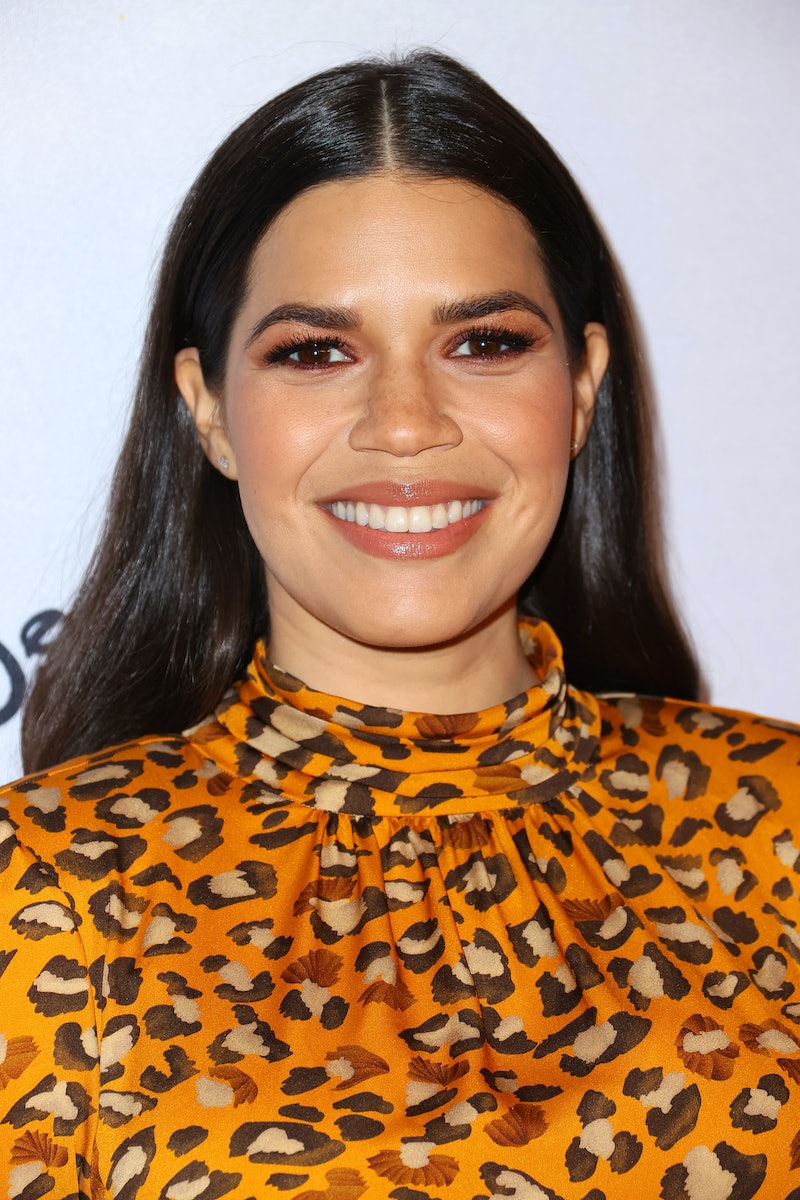 As the final season of Superstore comes to a close, America Ferrera is setting her sights on a new chapter. Deadline reports that Ferrera will make her feature directorial debut with an adaptation of 2017 New York Times bestselling novel I Am Not Your Perfect Mexican Daughter. The book's author, Erika Sánchez, will act as co-producer on the movie, which is set to premiere on Netflix.

“Years ago, I fell in love with Erika L. Sánchez’s stunning novel, I Am Not Your Perfect Mexican Daughter,” Ferrera said in a statement, per Deadline. “The depth, wit, and searing intelligence of her writing, and her young Latina heroine, struck me to my core and left me wanting so much more. I am truly honored and humbled to direct Linda Yvette Chávez’s beautifully adapted screenplay. The opportunity to direct the work of these two incredibly talented Latina writers is a dream come true." She continued, "I can’t wait to share this film with the many fans of the novel and to introduce this funny, profound, and resonant story to the world.”

Ahead, everything we know about the movie and the popular novel it's based on.

When does I Am Not Your Perfect Mexican Daughter come out on Netflix?

There's no official release date for the film. However, the COVID-19 pandemic has delayed several productions since spring 2020 and brought new safety protocols to existing projects. As for Ferrera's schedule, she's an executive producer on Netflix's Gentefied and finishing up her role as store manager Amy Sosa on the sixth and final season of Superstore. That being said, filming for I Am Not Your Perfect Mexican Daughter could begin later this year for a 2022 premiere.

What is the movie about?

The book tells the tale of Julia Reyes, a 15-year-old Mexican teen and daughter of first-generation Mexican immigrants. Growing up in Chicago, she often clashes with her older sister Olga, whom she views as the ideal daughter and Mexican woman. But when her sister tragically dies, Julia is left to pick up the pieces and search for clues about who her sibling truly was.

In an interview with Latino Book Review, Sánchez spoke about how her heritage influenced I Am Not Your Perfect Mexican Daughter. She explained:

"I grew up always thinking about the border. My parents immigrated to the U.S. in 1978 with a coyote. Most of my family arrived in this country without documents. I heard many stories about the dangers on the border and the difficulty in obtaining 'papeles.' I don’t know if I would say the topic is intentional, since it’s something that is deeply ingrained in who I am. It manifests itself in everything I do. I think, for the most part, borders are bullshit. I have trouble accepting the notion that governments have the right to tell people where they can and can’t go. I’m always suspicious of binaries, whether physical or metaphorical."

Who is involved in the project?

In addition to Ferrera and Sánchez's involvement, Linda Yvette Chávez, co-creator of Gentefied, will pen the screenplay. Anonymous Content and MACRO will produce.

What else has America Ferrera directed?

This is far from Ferrera's first time in the director's chair. Prior to this project, she helmed four episodes of Superstore and two of Gentefied. (Ferrera serves as a producer on both series.) In 2018, she spoke to Variety about directing for the first time on Superstore's second season. “I think primarily being in front of the camera and directing at the same time, the first go around, was the biggest challenge for me,” Ferrera told the outlet. “But the second time, I knew what I needed, and I was able to do that — namely really lean on the people around me that I trusted and could help me feel great about when I was in front of the camera."

'I Am Not Your Perfect Mexican Daughter' by Erika L. Sánchez
Amazon
More like this
'Firefly Lane' Season 2 Will Be The Show's Last — But There's A Twist
By K.W. Colyard and Grace Wehniainen
Lindsay Lohan & Jonathan Bennett Celebrated Mean Girls Day Very Differently
By Jake Viswanath
Here’s Everything Coming To & Leaving Netflix In October
By Jake Viswanath
Netflix Reveals First Look At Wednesday In The 'Addams Family' Spinoff Series
By Bustle Editors
Get Even More From Bustle — Sign Up For The Newsletter