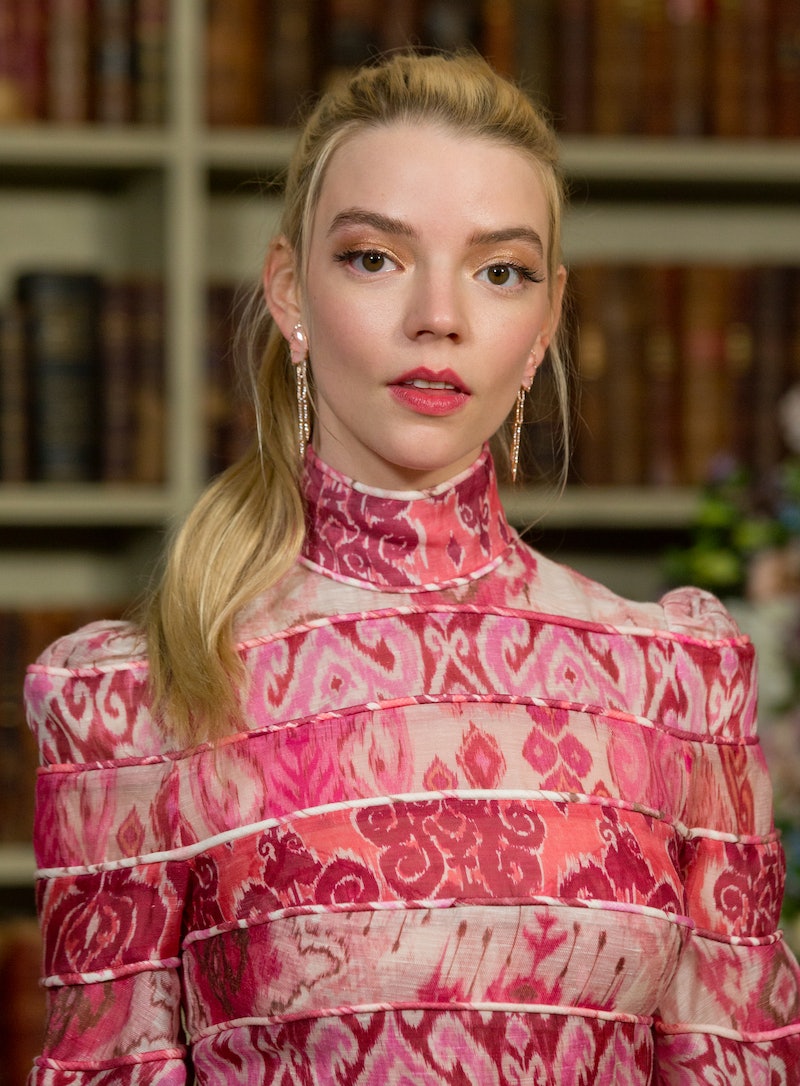 Over five years into her acting career, Anya Taylor-Joy had another breakthrough year in 2020. She starred in Emma. as the titular character, a wealthy young woman who meddles in the love lives of those around her, and earned a Golden Globe nomination for her performance. For her work in Netflix’s ultra-successful series The Queen’s Gambit, in which she portrayed Beth Harmon, a young chess prodigy who struggles with substance abuse, she won her first Golden Globe and Critics’ Choice award, both for Best Actress in a limited series or television film. In a new interview with Vanity Fair, Taylor-Joy opened up about getting lost in the characters she plays and how intensely she found herself wrapped up in the role of Harmon — including one particular scene that felt eerily similar to a moment in her personal life.

Speaking to Vanity Fair‘s Hermione Hoby, the actor delved into her relationships with some of the roles she’s played. “It gets a bit existentially confusing when you’re living for somebody else,” she said, noting that she felt so connected to Harmon that instead of the one souvenir she tends to save from each project, she kept “several hats” and “various garments” from The Queen’s Gambit set. “She’s a voice that I’ve had in my head and in my life for a very long time,” detailed Taylor-Joy. “There were some scenes that were just so close to the bone. They were experiences that I had had, or that I had been witness to and it was so real.”

Asked to specify which moments hit so close to home, the actor recalled the dark opening scene of the series in which Harmon, hungover and fully clothed, wakes up soaking in a bathtub as she’s called downstairs for a chess match. “Her waking up in Paris was really very close,” she said, explaining that she’s “been there” but refusing to elaborate. “Been there,” she firmly repeated.

Taylor-Joy continued to speak about her love for Harmon, quipping that emotions arise when she looks back on the role. As for whether or not she’s been able to move on from the character, she said, “It’s complicated. I don’t know. Different characters have different grieving periods. Some of them don’t ever really go away.” She continued, “I have a feeling Beth is going to be one of those ones.”

Considering The Queen’s Gambit has been viewed on Netflix by over 62 million households worldwide, it’s likely Taylor-Joy isn’t the only person holding onto the series’ beloved characters. In fact, the actor told Deadline in February 2021 that she would be down for a second season despite the series’ intended limited run. “Never say ‘never’ in Hollywood,” she said, noting that she has an idea of how she’d like her character’s story to continue. “It would be very interesting to see how Beth would be as a mother, now that she’s sober and more cognizant of the demons that pull her down.”

More like this
Here’s Everything Coming To & Leaving Netflix In October
By Jake Viswanath
Caleb McLaughlin Details Racism From 'Stranger Things' Fans
By Radhika Menon
The ‘Emily In Paris’ Season 3 Release Date Is Here, Plus The First Footage
By Bustle Staff
Shaina Explains Why Natalie’s 'Love Is Blind' Text Claims About Shayne Have “No Validity”
By Grace Wehniainen
Get Even More From Bustle — Sign Up For The Newsletter