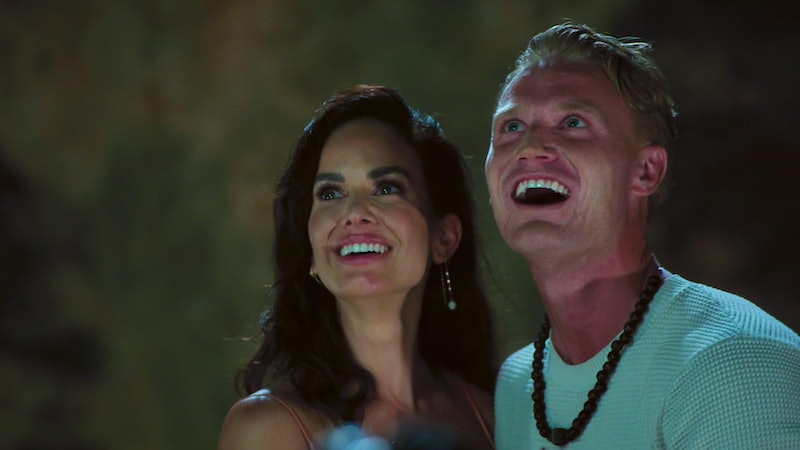 Hulu’s new reality dating show, Back in the Groove, thrusts three single women in their 40s back into the dating scene to find “the perfect fling, friendship, true love, or something in between” with men “half their age.” Filmed at the so-called Groove Hotel in the Dominican Republic, the series finale showed co-lead Brooke Mora, 43, getting her groove back with 30-year-old Cru Eaton. When the Hulu series premiered in December 2022, filming had already been wrapped for a little more than six months, though — so here’s an update on where Brooke and Cru stand now.

Brooke returned to Instagram after filming on May 14, hinting that she’d just had a secretive emotional experience. “Cue the tears!!!!” the Los Angeles-based personal trainer began her caption of a video montage from the Dominican Republic. “For the past four weeks I was off social media, without my phone, on a tropical island, forced to tap back into what is important to me and focus on myself. I was surrounded by amazing human beings, made life long friendships, while creating a mind blowing experiences! Life will never be the same again! For those of you who were on this journey with me ILY forever!”

Aside from the fact they follow each other on Instagram, Brooke and Cru have offered few clues as to the current state of their relationship. About the closest Brooke maybe came to dropping a hint was when she referred to a mystery “he” leaving the toilet seat up in a September Instagram caption. Cru, for his part, has also provided only a shred of potential evidence they’re still together: On June 24, the Provo, Utah, resident shared an Instagram photo from Disneyland California Adventure, which is near where Brooke lives. After Back in the Groove premiered, he also celebrated their first onscreen date and kiss in a Dec. 6 post. “If you ain’t first; you’re last!” - Ricky Bobby,” he captioned the pics, referencing Will Ferrell’s character in 2006’s Talladega Nights: The Ballad of Ricky Bobby.

After filming, Brooke reunited with her friends, aka the “trifecta,” in West Hollywood and continued to enjoy her girls’ time, doing everything from attending red-carpet events to posing for mirror selfies in bikinis. She also celebrated her 43rd birthday in July with a friends’ getaway to Austin, Texas. Meanwhile, she’s continued to focus on her business, Brooke Mora Training, recruiting clients in the Valley, West Hollywood, and Beverly Hills areas and also posting her own workout videos. “Never stop dancing and celebrating life!” she captioned a Sept. 16 Instagram video. “Grateful for these people in my life!”

Meanwhile, Cru has also posted some of his own post-filming fitness content in addition to spending time with friends and, in recent months, highlighting several of the things he and Brooke have in common. “Why not be in your best shape possible?” he captioned a shirtless photo on May 20. “Fitness helps your Self Worth, Self Confidence, Self Trust, Self Love, and all the things you need to be able to fully give of yourself to others at 100%. You can’t love others properly if you don’t even love yourself!”

It’s likely no coincidence that part of his statement sounds exactly like Back in the Groove’s central message.

More like this
Mack & Domynique Reportedly Had An "Epic" Breakup On 'Married At First Sight'
By Brad Witter
All The Clues Clint & Gina Aren’t Still Together After 'MAFS' Season 16
By Brad Witter
Shaq Might've Spoiled His Relationship Status With Kirsten After 'MAFS'
By Brad Witter
Airris From 'MAFS' Says He Doesn’t Regret Going To Decision Day With Jasmine
By Brad Witter
Get Even More From Bustle — Sign Up For The Newsletter
From hair trends to relationship advice, our daily newsletter has everything you need to sound like a person who’s on TikTok, even if you aren’t.