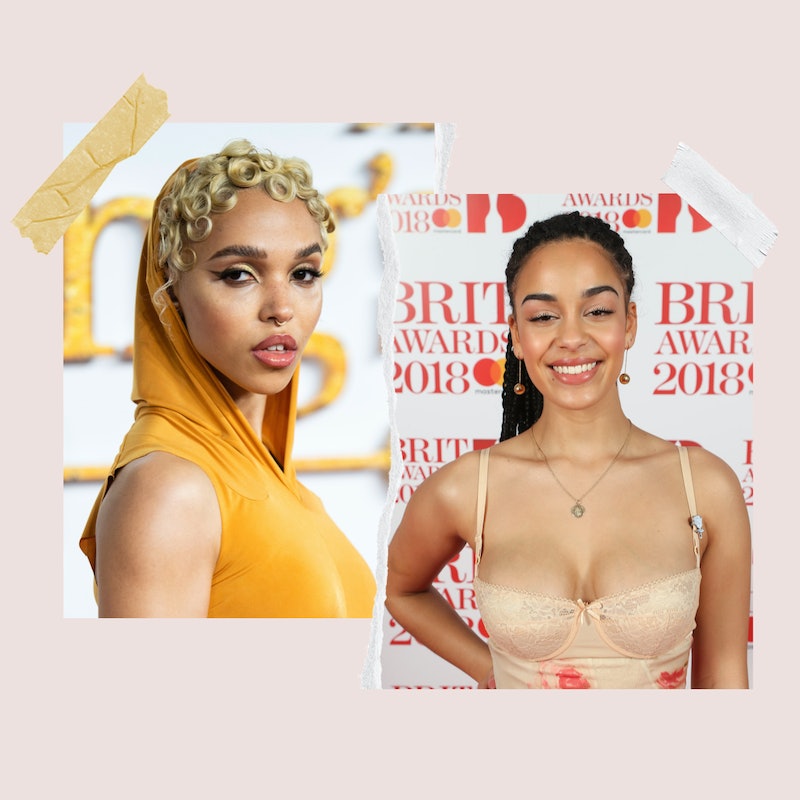 It’s always interesting to discover an unsuspected celebrity relation, from Stormzy and Nadia Rose, to Naomi Campbell and Richard Blackwood, there are several celeb family connections you may have never even thought of. One such example? British singers FKA Twigs and Jorja Smith, who only recently recently discovered that they are in fact related.

Speaking to British GQ about the two women’s family connection, FKA Twigs revealed that she and Smith are, in fact, cousins. However, they only recently found out their connection after working together on Twigs’ track “Darjeeling”, which Smith co-wrote. Smith was also a guest feature on Twigs’ ‘‘Caprisongs’’ mixtape, which was released in early 2022, too.

Twigs, whose real name is Tahliah Debrett Barnet, talked about growing up being Black and British, and how her identity became increasingly more evident to her as one of only a handful of Black people in her hometown of Cheltenham, Gloucestershire. Twigs has English and Spanish heritage from her mum, and Jamaican heritage from her biological dad, though her step father is also Bajan.

In the interview, the 34-year-old also talked about the new music she’s working on at the moment, whilst touching upon her experience of finding out who her long-lost cousin is. She shared, “I’d never met her [Smith] before, and I jumped in her car with her… and I remember thinking to myself, ‘Gosh, that’s really strange. We’ve got exactly the same kind of skin.'”

Not thinking too much of it, the pair went on to record ‘‘Darjeeling’’ together and eventually became good friends. But it wasn’t until months later that the two finally found out that their connection went way beyond friendship.

Giving the lo-down on exactly how Smith and Twigs found out they are related, Twigs explained, “I was on the road to go to LA and [Smith] left me a voice note saying ‘you’re never going to believe this, but I’ve just spoken to my dad and he’s spoken to his sister and we’re related.’”

25-year-old Smith was born and raised in Walsall, West Midlands to her English mother and Jamaican father. So based on Twigs’ recollection of Smith’s voice note, it appears that the two cousins are related through their Jamaican father’s side.