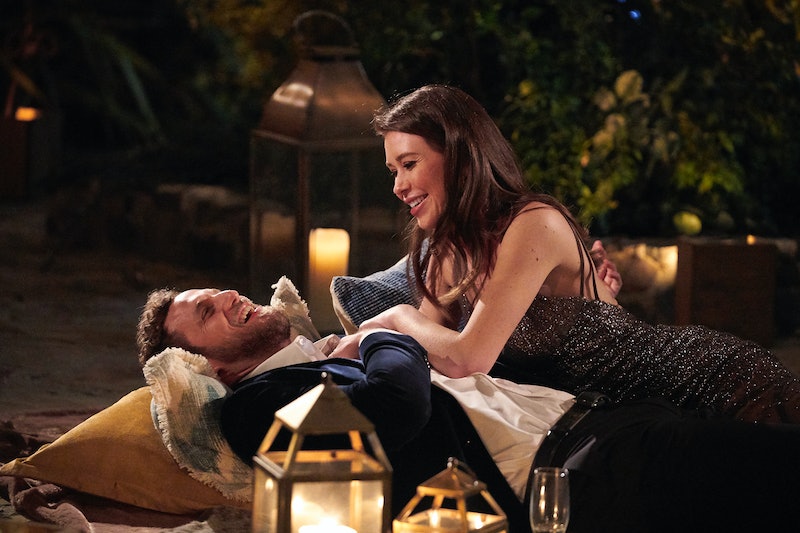 Gabby Windey’s Bachelorette homestretch has been nothing short of unorthodox. Of her final three men, Johnny, and Jason decided they weren’t ready to get engaged, despite agreeing to go on a dating show that almost always ends in an engagement. That means Gabby’s remaining suitor is Erich Schwer. At one point, it seemed like even Gabby and Erich weren’t bound to work out, especially after Erich let his insecurities get the better of him during Fantasy Suites.

But the couple took some time during a very candid conversation in Mexico during the Sept. 6 episode to exchange apologies. With that out of the way, their conversation drifted towards talk of how they actually felt about each other, which is exactly when Gabby told Erich that she loved him. While Gabby also described her relationship as a fairytale, nothing in this franchise is ever for certain. Fans of the show will remember the Arie-Becca fiasco of 2018, which is exactly why you shouldn’t have been all that surprised when trouble began brewing before Erich and Gabby even left Mexico.

Before any of their turbulence could unfold, Erich first had to meet Gabby’s family, which meant another reunion with Grandpa John. Gabby’s grandpa tugged on more heartstrings after explaining how deeply he cares for Gabby, and how happy he is to see her in love. “I’m grateful to have a dingbat beautiful granddaughter,” he said. However, there were still serious conversations to be had, starting with Erich’s first conversation with Gabby’s family. He told them that he was, at first, intimidated by Gabby, before becoming obsessed with her. “I can’t imagine my life without her at this point,” he told them. Gabby’s family reiterated just how protective they are over Gabby’s heart, before adding that they could see just how much Gabby and Erich cared about each other.

It was then time for Gabby to talk to her family. She became very emotional when explaining how Erich felt “too good to be true.” The only apprehension standing in Gabby’s way was her nagging fear of being too vulnerable in front of Erich, but thanks to some kind words from her aunt, she understood that the most authentic Gabby was the best Gabby for Erich. As the segment ended, her family voiced a ton of excitement for their daughter, which seemed to bode well for Gabby and Erich’s prospects.

At the end of the episode, Gabby and Erich went on their final date, and it was going well until Erich spoke about not wanting to “rush” anything, which surprised Gabby. Over the course of the entire season, she’s made it clear she’s looking for an engagement, and it appeared that right at the very end, Erich was beginning to stall. The two stepped aside for a private chat, and Gabby spoke about not wanting to put “pressure” on him, and Erich responded by telling Gabby that he wanted to “date” her first.

In a way, Gabby got the clarity she was looking for; it just so happens that the answer upended her expectations. Uninterested in forcing Erich’s hand, she left the date, telling cameras tearfully, “I want to be with Erich, forever,” before referring to her situation as a “big fat dumpster fire.”

Potential spoilers ahead. But whatever troubles the duo ran into, it’s safe to say that they managed to overcome them. A new, unconfirmed leak from TV blogger Reality Steve reveals that they do, indeed, end up with one another. So fans can rest assured that Gabby and Erich are still together after the emotional finale.