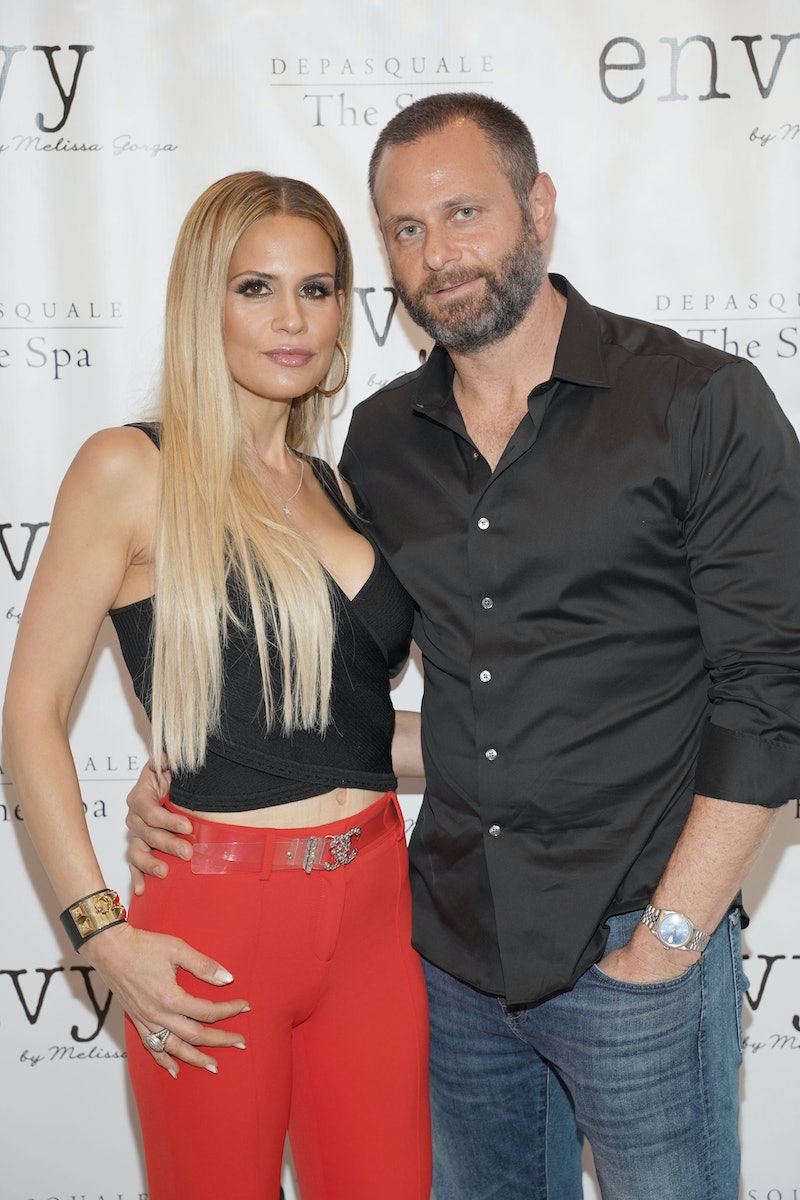 There's marriage drama ahead for Jackie and Evan Goldschneider on Real Housewives of New Jersey. In the Season 11 trailer, Teresa Giudice alleges to her castmates that Evan "screws around" with other people at the gym. When Jackie hears about the accusations, she is understandably upset and confronts Teresa.

"You need to admit that whoever told you this doesn't know me and Evan," Jackie says in another preview. "You have to admit this was a lie." The dispute won't end there: Jackie told Us Weekly it got so bad she even considered leaving the show for good. "My family and my marriage is beautiful ... and nothing is going to get in the way of that," she said. "So, I had to really see if there was a way for the show to be a part of my life and still maintain the integrity of my family and my relationship.”

She apparently figured out, because she and Evan are still very much together post-filming. On Feb. 6, Evan shared a photo of Jackie sitting on his lap with the caption, "The yin to my yang." And on Valentine's Day, Jackie shared a loving post in return. "Happy Valentine’s Day to my best friend and love of my life," she wrote. "Your patience and grace are outweighed only by that gorgeous face and smoking’ bod! The kids and I love you endlessly!!"

It sounds like she worked things out with Teresa too. A source told Hollywood Life that though the two had "both wronged each other," they "apologized and moved past it" and "are now in a good place." We'll have to see if that's still true after the season airs.