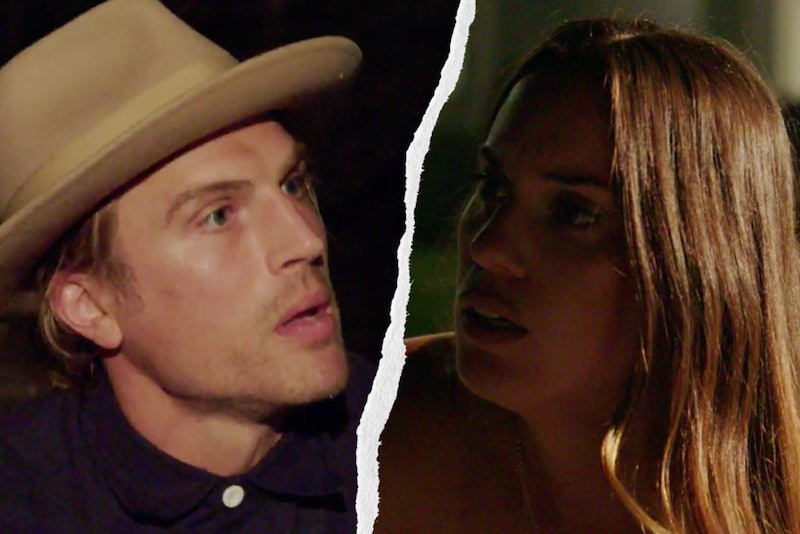 In the Feb. 18 episode of Summer House, Hannah Berner and Luke Gulbranson finally had it out about the weird love triangle he brought them all into. Hannah explained she was upset because he'd talked to her for months only to bring another girl — Ciara Miller — into the house. Luke insisted they were never serious and wasn't leading her on. And Ciara just awkwardly watched it all unfold.

Afterward, Hannah and Luke got into another explosive argument, during which they seemed to end their friendship. The season is only a few weeks in, so it's possible they'll make up later in the summer. But Hannah did seemingly shade Luke on Twitter. "Yea sex is cool but have you ever gotten out of a toxic situationship?" she wrote in early February. Re-sharing the tweet to Instagram, she added, "I’ve gotten so many vulnerable messages from people who have shared their stories of dealing with love bombing, gas lighting, lying, and narcissism. This happens at an alarming rate to women who are strong, smart, and talented. It’s not your fault and it is extremely difficult to get out of- especially when you are highly empathic."

Aside from that post, neither Hannah or Luke have commented about where their relationship stands now. Hannah called Luke "sick" while discussing their fight on the Chicks in the Office podcast, and when So Bad It's Good host Ryan Bailey told Luke he hoped he and Hannah "were still best friends" after Season 5, Luke avoided addressing things directly. "I thought Hannah and I were on the same page," he said. "But clearly, I guess we weren't."