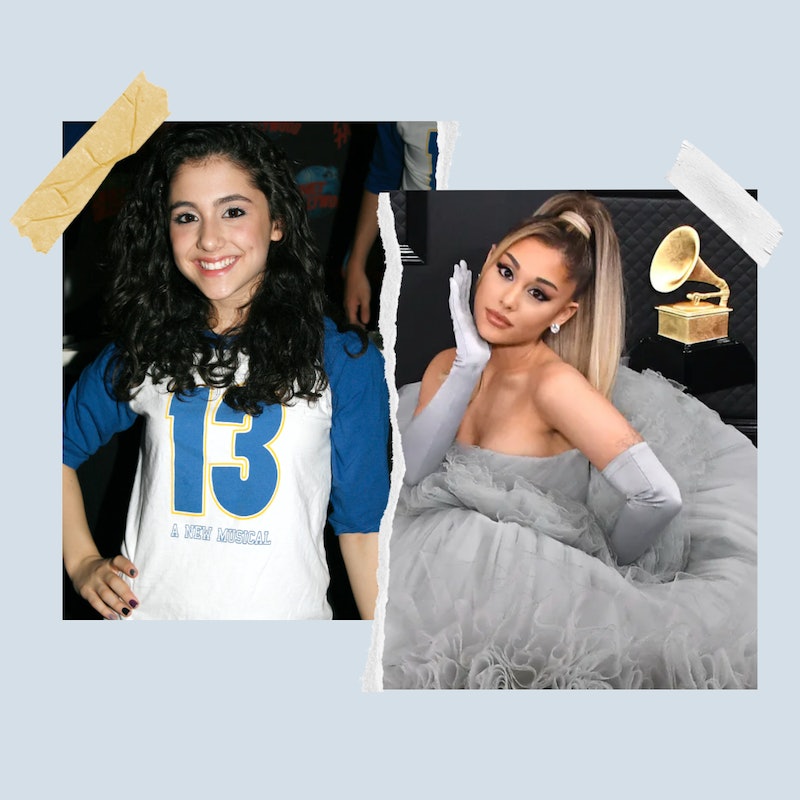 Ariana Grande has made her name in pop music, becoming Spotify’s most streamed female artist and holding the Guinness World Record for having the most songs to debut at No. 1 on the Billboard Hot 100. But her heart still belongs to the world of musical theater. Grande wants to make her return to Broadway, she revealed to her longtime vocal coach Eric Vetro on the Oct. 20 premiere episode of his podcast Backstage Pass.

Although many fans first saw Grande as red-haired high schooler Cat Valentine on the TeenNick series Victorious, she actually got her start on the Great White Way. She starred in the 2008 Broadway production of 13, the only musical with a cast and band entirely comprised of teenagers, which also included Grande’s future Victorious co-star Elizabeth Gillies.

“I grew up singing theater so of course that’s where my heart is,” she told her friend Vetro. “I wish I got to do more of it. I wish I could go be on Broadway. I wish I could go sing more musical songs. That’s the easiest, most fun, most soaring, freeing, beautiful feeling ever, is singing showtunes. That, to me, is my heaven.”

To this day, Grande will play soundtracks from various Broadway shows to soothe her. “Theater music gives me so much joy,” she said. “Theater babies, it’s just a different kind of nostalgia. Listening to musical theater is a different kind of fulfilling car ride. If you throw on some Avenue Q or Wicked in the car, you’re just guaranteed to feel comforted.” She however thinks her musical theater tone doesn’t mix with her pop bops. “You can’t use that placement on a pop song either, you know what I mean?” she asked Vetro.

To demonstrate her point, Grande started singing the chorus of her 2016 hit “Side To Side” in a high soprano voice (and frankly, it still sounded just as great, if not a little hilarious). She then started belting her 2019 singles “Thank U, Next” and “Break Up With Your Girlfriend, I’m Bored” in a Broadway voice. They may sound a tad ridiculous, but it also proves that Grande’s music could easily be translated into a jukebox Broadway musical one day.

John Legend, who is Grande’s fellow coach on The Voice, as well as other celebrities like Camila Cabello apparently enjoyed her Broadway revelations from the Backstage Pass episode, spreading the podcast to their followers after the episode’s release.

More like this
20 Years Later, Kelly Clarkson & 'American Idol' Judges Reunite For Her Hollywood Walk Of Fame Star
By Radhika Menon
The Spice Girls Just Dropped A Brand New Music Video
By Sam Ramsden
Craig David Is Still Slicker Than Your Average
By Olivia-Anne Cleary
Lizzo Twerks While Playing James Madison's 200-Year-Old Crystal Flute Onstage
By Radhika Menon
Get Even More From Bustle — Sign Up For The Newsletter