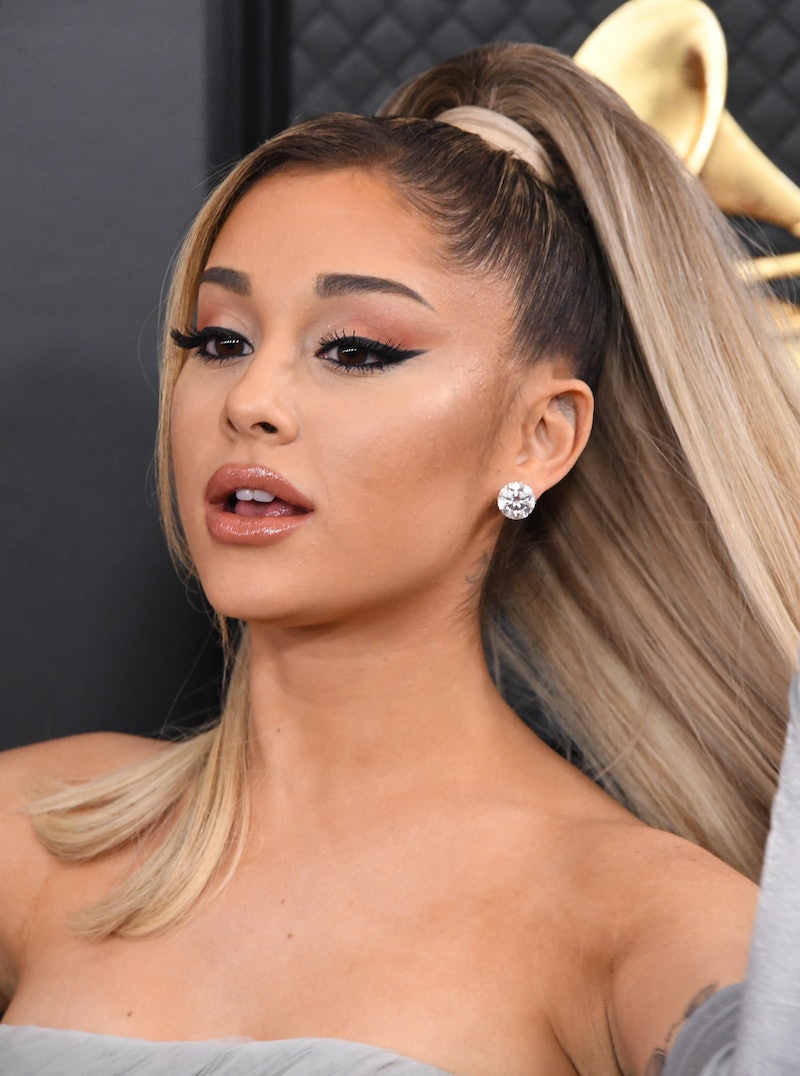 First, she was in the White House; now, she’s in a white coat. Ariana Grande unveiled the teaser for the “34+35” video, and the pop star is trying out another position. The 10-second clip shows Grande as some kind of scientist, striding through a laboratory with a clipboard.

“34+35” is the second single off the Grammy winner’s latest album, Positions, which came out on Oct. 30, following the title track. Based on the teaser, the upcoming music video will share at least one similarity with that of “Positions”: Grande posing as a leader in a different career field. Whereas the singer previously took on the role of the president of the United States (trying to balance work with time in the kitchen and bedroom), this time she’ll be in the lab.

The teaser doesn’t show too much, but it is clear from the first footage that Grande’s character is not your average scientist. Her footwear, for example, isn’t exactly practical in a lab setting. Of course, that makes sense, considering the song’s risqué lyrics have been raising eyebrows since it debuted. A sexually charged music video seems like a given at this point.

The pop star really wasn’t afraid to be raunchy when it came to writing “34+35.” The title alone scandalized some when they did the math, and it didn’t stop there. Grande admitted during an interview on the Zach Sang Show in late October that she wanted to come up with “the dirtiest possible, most opposing lyric that we could write,” per Metro UK. “I just think it’s ridiculous, and so funny and stupid,” she said of the contrast between the song’s racy verses and “the strings that sounded so Disney and orchestral, and full and pure.”

Grande also noted that “34+35” started as “a total joke,” but she “fell in love with it.” That should make for a playful music video, and she did indeed look like that was her vibe in a selfie she posted on Wednesday, Nov. 11 from what appears to be the set of the shoot. In the photo, the focus is the singer making duck lips, and Grande tweeted it alongside the message, “34+35,” with several emojis, including a microscope.

The full video is “coming soon to a screen near you,” according to the teaser.

More like this
How Ghosts Inspired Kesha’s New Music
By Jake Viswanath
Stormzy’s “Mel Made Me Do It” Is A Tribute To Black Talent & Success
By Catharina Cheung
Everything To Know About Taylor Swift’s 10th Studio Album, 'Midnights'
By Grace Wehniainen and Jake Viswanath
Beyoncé’s Special Tribute To Sister Solange Was Both Touching & Hilarious
By Stephanie Topacio Long
Get Even More From Bustle — Sign Up For The Newsletter