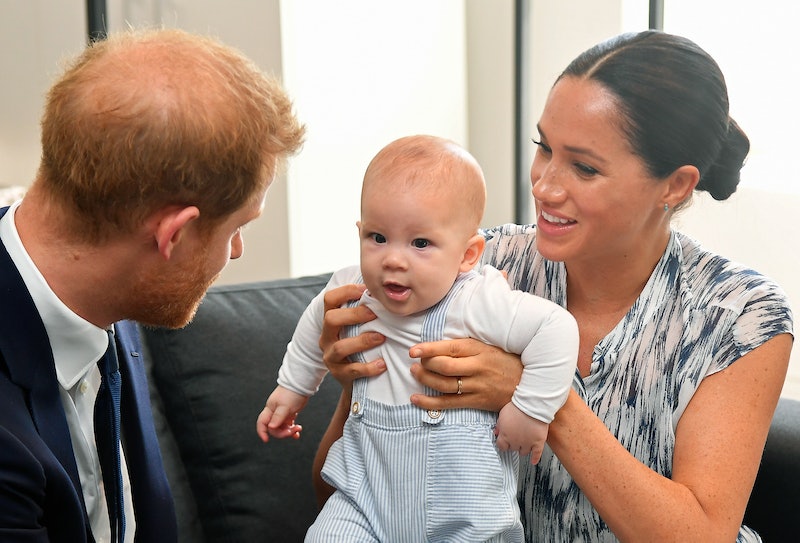 It has recently been revealed that the birth certificate of Prince Harry and Meghan Markle's son Archie was changed shortly after his arrival in 2019. The name of his mother was altered in June 2019 (following Archie's birth in May) from "Rachel Meghan Her Royal Highness the Duchess of Sussex" to simply "Her Royal Highness the Duchess of Sussex," meanwhile Harry's name was edited to include "Prince." The removal of Markle's forenames and its reporting in the press has sparked controversy, with a spokesperson for Meghan labelling the Archie birth certificate drama as "laughable," as well as "offensive."

The Sun was the publication which broke the story of the name change. Its story suggested that Markle herself had requested the change as an "upgrade" and claimed that it could be seen as a deliberate snub to The Cambridges, who chose to use Kate Middleton's forenames on their children's birth certificates. The publication also characterised it as motivated by a wish for Meghan to align herself with Prince Harry's Mother Diana, who was referred to as "Her Royal Highness the Princess of Wales” on her children's birth certificates.

What Have Harry & Meghan Said?

A spokesperson for Meghan Markle and Prince Harry strongly denied the reports, saying the change wasn't made by the couple.

The spokesperson then continued, "To see this U.K. tabloid and their carnival of so-called ‘experts’ chose to deceptively whip this into a calculated family ‘snub’ and suggest that she would oddly want to be nameless on her child’s birth certificate, or any other legal document, would be laughable were it not offensive. There’s a lot going on in the world; let’s focus on that rather than creating clickbait."

The statement was also tweeted out by royal reporter Omid Scobie.

What Has The Royal Family Said?

Buckingham Palace has yet to release an official statement, however The Telegraph is reporting that sources have claimed that the decision to change the name on Archie's birth certificate came from Meghan and Harry's palace staff.

A source, named as a "royal aide" suggested there was no convention for birth certificates, telling the publication: “These are civil documents, there is no protocol.” They also pointed to the inclusion of the Duchess of Cambridges first names on the birth certificates of her children as evidence of this.

Meanwhile an unnamed source was quoted by Mail Online saying: “The certificate was changed by the former office of the Duke and Duchess of Sussex. It was changed to ensure consistency of the name and title of the Duchess with other private documents."

To supporters of Harry & Meghan the framing of The Sun's article could be read as an attempt to portray the couple in a negative light, yet another example of the kind of press coverage that contributed to the couple's decision to leave the royal family and seek greater privacy in Canada and then the U.S.

The statement from a spokesperson is also something the couple would likely not have released as members of the royal family and is therefore a sign of the greater power they now have to make their version of events public.

It is also significant in that it accuses the palace of "dictating" to the couple the names that should appear on their child's birth certificate. Some have argued that, if true, the palace's actions represent an attempt to erase the identity of a woman of colour from an official document relating to her child.

The events are also notable as, if the sources quoted by the Mail and Telegraph are creditable, Meghan & Harry and the palace are once again publicly at odds.

More like this
Holly Willoughby & Phillip Schofield #Queuegate Drama, Explained
By Sophie McEvoy
DJ Tyler West Is Probably Safe From The “Strictly Curse”
By Maxine Harrison
Alan Rickman's Diary Reveals Why He Considered Leaving 'Harry Potter'
By Darshita Goyal
Meghan Markle Delivers Empowering Message About Being Yourself
By Sophie McEvoy
Get The Very Best Of Bustle/UK