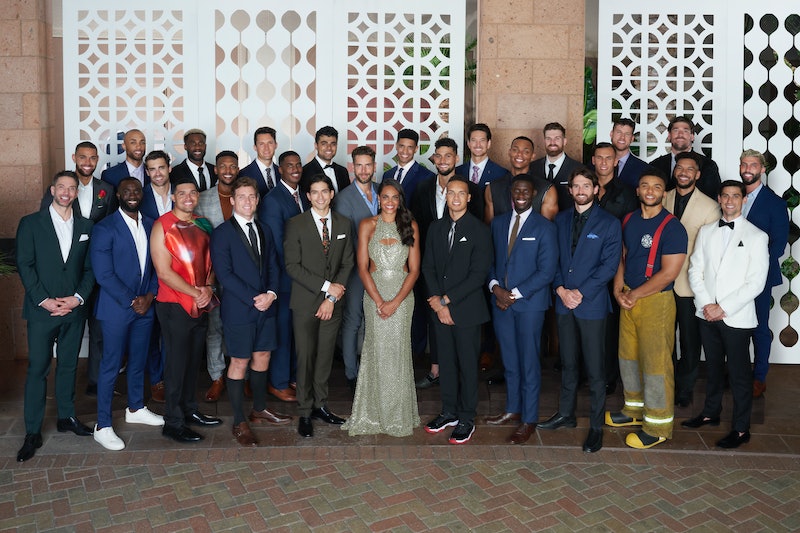 Finding love on The Bachelor or The Bachelorette can be hit or miss. Between last season’s Bachelorette couple Michelle Young and Nayte Olukoya’s recent breakup and Katie Thurston and Blake Moynes’ shocking split, there’s enough evidence to wonder if the process actually works. But, on the other hand, there have been plenty of Bachelor and Bachelorette success stories in the past to hold onto: Tayshia Adams and Zac Clark, Rachel Lindsay and Bryan Abasolo, and JoJo Fletcher and Jordan Rodgers are just some of the couples still going strong after their respective seasons. Rachel Recchia and Gabby Windey will once again put the show’s mission to the test when they co-headline the upcoming 19th season, starting on June 11.

So how can you get on The Bachelor or The Bachelorette and possibly find the love (or social media career) of your life? You’re not the only one wondering, but there are plenty of rules you need to know about beforehand. Not only is there an age requirement, but contestants also must be willing to leave everything behind — including their job, friends, and family — in hopes of finding The One™. Thinking about applying? Here’s the lowdown.

How Old Do You Have To Be To Apply?

According to bachelornation.com, the official website from the producers of the franchise, all contestants must be at least 21 years old when they apply. And although producers don’t cast many 21-year-olds, the show does have a history of casting people far younger than the lead. Bekah Martinez, for example, was just 22 when she was on Arie Luyendyk Jr.’s season when he was 36; Cassandra Ferguson was 21 when she competed on then 32-year-old Juan Pablo Galavis’ season; and most recently, 21-year-old social media influencer Kit Keenan was featured on Matt James’ season while he was 29.

What Are Some Other Eligibility Requirements?

Apart from age, potential contestants must meet several other requirements before being cast on the show. Per bachelornation.com, all who apply must be legal residents of the United States or Canada and they must hold a valid passport. Contestants can’t be a candidate for elected office, nor can they have ever committed a felony or had a restraining order filed against them. They have to be single, able to pass a background check, and must agree to be filmed 24/7. Potential contestants are also required to give producers permission to give them any edit they want and use any of the information submitted in the application — including any private information like past relationships, sexual history, and personal physical/mental characteristics — with third parties, which means that just about anyone on the show can be manipulated to look like a villain.

How Much Do Contestants Get Paid?

Although the stars of The Bachelor and The Bachelorette reportedly get paid a pretty penny for being on the show, the same cannot be said for the roughly 30 contestants vying for that final rose each season. The contestants are not paid for their time on the show. Don’t worry, though — they do get something. “I remember when I went on the show we got goodie bags filled with some stuff that they wanted us to wear but half of it didn’t even fit,” former Bachelor contestant and Season 5 Bachelorette Jillian Harris wrote in a 2016 blog post.

Leaving behind a full-time job for two months to pursue an unpaid gig is a big financial risk, and according to Page Six, several contestants take “extreme financial measures” to be able to appear on the show. Harris, for example, refinanced her home. Others spent thousands of dollars on a new wardrobe without any guarantee of making it past night one. Contestants are expected to come prepared with seven weeks’ worth of outfits, according to Insider. The women reportedly spend between $1,800 to $8,000 on new clothes, while the men spend between $300 and $5,300.

Although contestants don’t receive a paycheck, there are plenty of opportunities for them to make money afterward. Tyler Cameron, for example, recently wrote a book titled You Deserve Better, which chronicles his life experiences and gives relationship advice. Winning couples have also raked in cash by broadcasting their nuptials on TV. And while most former contestants don’t score book deals or come out of the show engaged, almost all of them promote products on social media. Agent Paul Desisto told Page Six that each post could bring in between $1,000 to $20,000.

While contestants hustle for that Instagram money, the show’s stars get to enjoy perks that simply aren’t available to their potential suitors. In 2011, Reality Steve reported that the leads make around $100,000 and some of them have negotiated more. They also have a stylist and a full hair and makeup team, which is definitely a step up from curling your hair in a cramped bathroom with 10 other women.

How Do You Apply?

If you’re thinking about applying to be a contestant on The Bachelor or The Bachelorette, you’re in luck. Bachelornation.com accepts applications on a rolling basis, and all you have to do is answer a few basic questions (including disclosing your weight), provide your social media handles, and submit photos. You can also nominate a friend who might not have the courage to fill out an application themselves.

Those who would rather make an in-person impression can attend a casting call. The dates and locations of these events are announced on that same website, though there currently are no upcoming events listed. For future in-person casting calls, plan to print out a questionnaire with detailed prompts about your relationship history and what you’re looking for in a partner. In other words, before you dazzle the next Bachelor or Bachelorette, you have to dazzle the producers. And with only 30 contestants cast each season, the pressure is on.

More like this
Hannah Ann Got Engaged 3 Years After 'The Bachelor' & The Proposal Was Dreamy
By Grace Wehniainen
Zach Reveals The Chaotic 30 Minutes That Were Cut From ‘The Bachelor’ Premiere
By Grace Wehniainen
'Bachelorette' Vet Clare Crawley Unveiled 2 Special Wedding Day Accessories
By Stephanie Topacio Long
Bachelor Zach’s “Dream Job” Has Nothing To Do With His Work In The Tech Industry
By Brad Witter
Get Even More From Bustle — Sign Up For The Newsletter
From hair trends to relationship advice, our daily newsletter has everything you need to sound like a person who’s on TikTok, even if you aren’t.

This article was originally published on Oct. 31, 2021